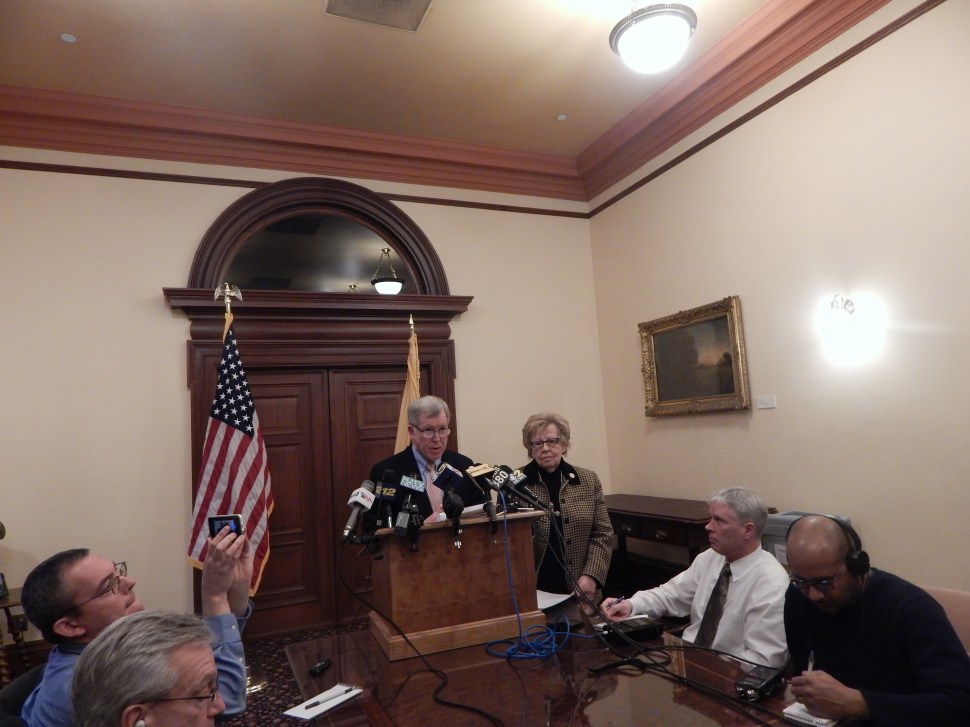 TRENTON — Proclaiming that they’ve delivered the reforms and are now ready to “finish the job”, two New Jersey senators announced today that they would go ahead with a plan to override vetoes by the governors of New York and New Jersey on a package of bills aimed at bringing greater transparency and accountability to an embattled Port Authority.

State Sens. Robert Gordon (D-38) Loretta Weinberg (D-37), co-sponsors of a version of the legislation in the New Jersey senate, said during a press conference in the statehouse that they will lead a “co-ordinated, bi-state endeavor” over the next few months to override the vetoes, handed down by both Gov. Chris Christie and Gov. Andrew Cuomo towards the end of last year. The campaign would culminate on March 5th, Gordon said, when a bill to overturn the vetoes would go before the senate.

“Despite the overwhelming support in the two states, Govs. Christie and Cuomo rejected the transparency and accountability reforms,” Gordon said. “They announced the veto on a Sunday evening between Christmas and New Years, I expect with the hope that their actions would not draw a great deal of public scrutiny. They were wrong.”

The bills, identical versions of which have passed unanimously all four houses in New Jersey and New York, include provisions to open up a historically-obscure Port Authority to the public in the wake of the scandal surrounding 2013’s closing of lanes at the George Washington Bridge. One bill the package would require mandatory annual reports by the agency to both states’ legislatures and whistleblower protections for employees who report what they believe to be impropriety, while another would subject the agency freedom of information laws, requiring the agency to turn over any documents deemed public by either of the two states.

But despite bi-partisan support on both sides of the river, the bills were knocked down by Christie and Cuomo, who cited the reforms as weak and unnecessary. They note that the agency, which is jointly controlled by the governors of both states, is already undergoing voluntary reforms under its new chairman, John Degnan.

Gordon and Weinberg said those changes, while positive, are not backed by the force of law, allowing them to be potentially reversed overtime. Gordon called the governors’ proposals the “status quo cloaked as reform,” and noted the agency continues to be mired in controversy, pointing to the timing of a recent toll hike at the George Washington Bridge that he called a “cynical attempt” by Christie to “deceive the public.”

“We’ve seen the port authority become synonymous with the Bridgegate scandal,” Gordon said. “We’ve seen evidence of conflicts of interest. We’ve seen sweetheart real estate deals. We’ve seen cost overruns on a massive scale at the World Trade Center. And we’ve seen reports that Port Authority employees are earning over 100 thousands dollars in overtime, so that some rank-and-file employees earn more than the executive director of the organization. The abuses, wasteful spending, and rampant political patronage date back beyond these more recent incidents.”

While overrides are generally not successful in the legislature — neither New Jersey or New York have successfully overturned vetoes by Cuomo or Christie — Gordon and Weinberg said they are confident they have the support this time to make it work, mainly because of the importance of the legislation and the bi-partisan support that it received on its first trek through the Assembly and the Senate. Weinberg said the proposed override only needs two more votes in the Senate to go through, citing the “unanimity” of its Democratic majority. At least one Republican in the Senate has already come out publicly in support of an override, she said.

“You know today is an anniversary. It’s been one year since the infamous email was received — or was revealed I should say — declaring ‘it’s time for some traffic problems. It’s been a year since we’ve learned that officials at the highest echelons of public government abused their public trust and used their authority to shut down lanes at the George Washington Bridge as an apparent act of political retribution,” Weinberg said. “Since the start of our work, both Republican and Democrats have demand reform. And well, we’ve delivered it.”

Gordon said he would like to meet with Republican leaders in both houses, including Senate Minority Tom Kean (R-21), and “suggest to him that if your members are concerned about retribution from the governor’s office, why don’t you all vote together as a block to get each other some cover.”

Gordon previously told PolitickerNJ that Senate President Steve Sweeney (D-3) is supportive of the initiative. Because the New York’s legislature’s session has ended since they last passed their version of the bills, the legislation will have to be re-introduced there, Gordon said, which could take months. 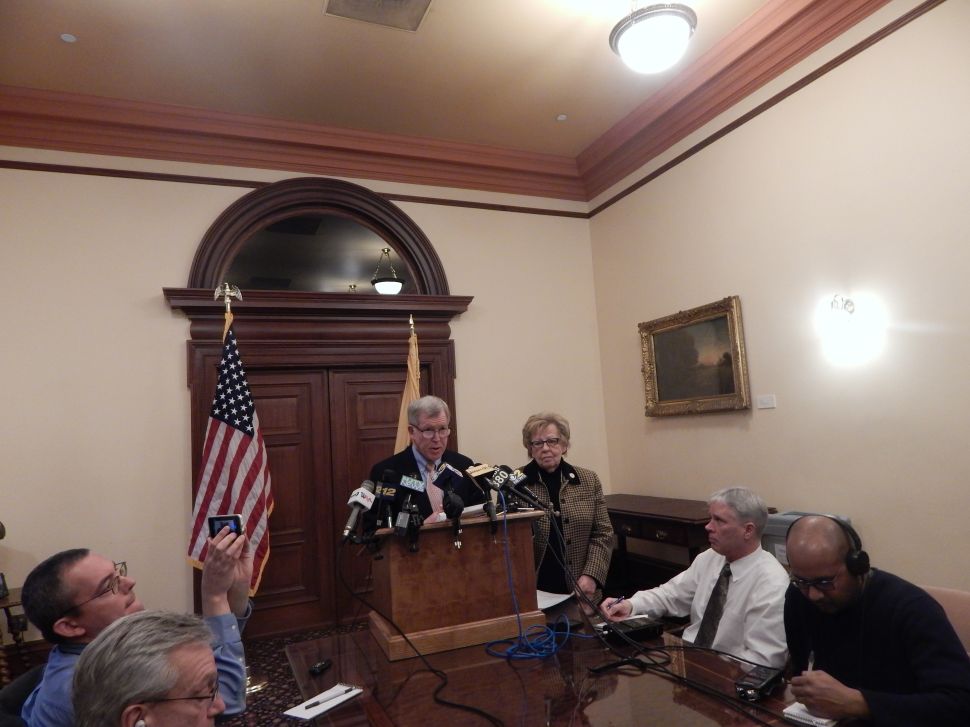