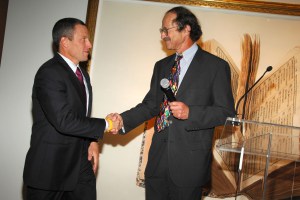 An admiring 2006 profile in Wired of the Nobel laureate, former director of the National Institute of Health and current director of the National Cancer Institute, Harold Varmus, was titled “Free Radical,” a reference to Mr. Varmus’ campaign to do-away with prevailing standards in academic publishing, which restrict access to content through exorbitant subscription prices. And more sympathetic, we could not be. But when it comes to real estate, though, there are circumstances in which limiting supply to a certain class of user can come in handy. Mr. Varmus appears to agree. According to city records, he and his wife, Constance Casey, have just bought a two-bedroom at 450 West End Avenue, a co-op—i.e. one of those places requiring onerous applications and interview processes—for $2.995 million.

The seller was the Estate of Gabrielle Levin, and we braced ourselves for a ramshackle affair, as we tend to do when surfing estate listings at uptown co-ops. But with the exception of some truly atrocious green wall-to-wall carpeting in one of the bedrooms, the apartment appears, in the listing held by Brian Lewis, of Halstead, to be ship-shape. It’s a rather charming place to begin with, and it looks to have had some work done in the not-very-distant past. 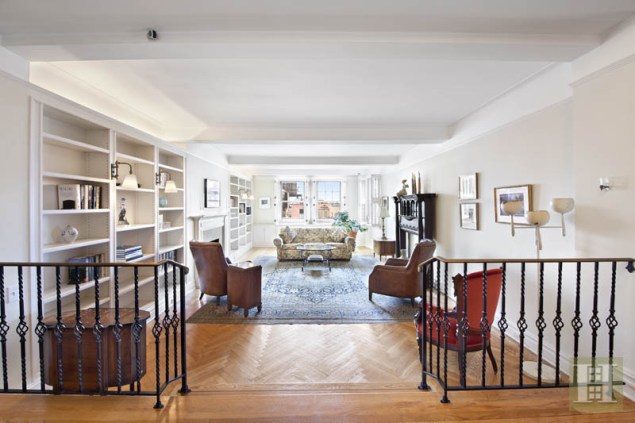 An unpretentious entry gallery (they exist, apparently?) descends to a big, bright sunken living room with herringbone hardwood floors, a beamed ceiling and white-painted built-ins. Mr. Varmus no-doubt has a book or two, and he’s in luck, because more shelves await in the other bedroom—a beamed ceiling here, too, plus a lovely light green on the walls, and crisp white trim, a west-facing window. The airy eat-in kitchen has a stone floor and updated appliances; for more formal gatherings, there’s also handsome dining room with northern views of the city.

The building, which went up in 1931, designed by proteges of Emery Roth, doesn’t much look like the redoubt of “Radicals” of any kind, excepting, of course, the strictly academic variety. 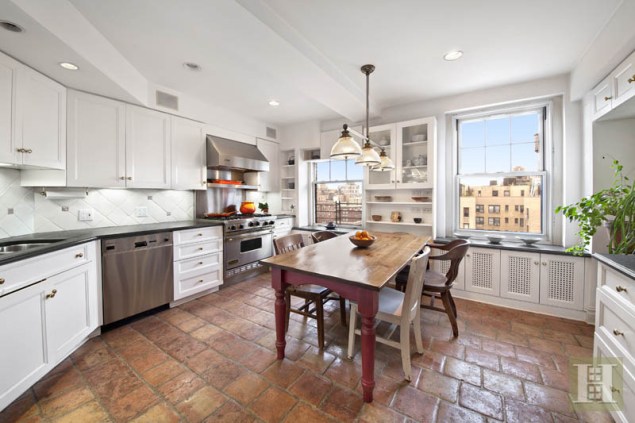 Potentially a touch cold on the feet during late-night snack scampers. 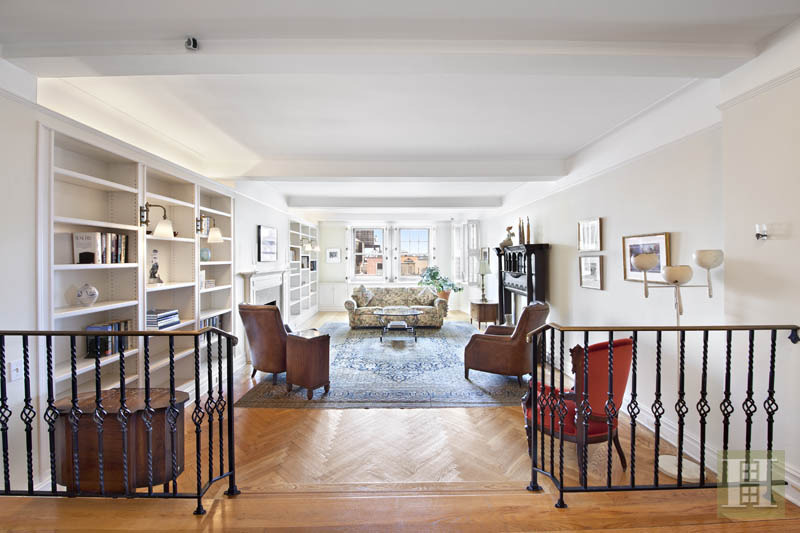