Now that a Mayor Bill de Blasio-backed bill to ban the horse carriage industry has been introduced in the City Council, the influential animal rights group is turning up the heat on lawmakers by mailing graphic postcards to all 51 council members every day until the carriage-banning legislation is passed.

“We are supporting the mayor’s plan to end the inhumane and anachronistic practice of forcing exhausted horses to pull rickety carts through dangerous Manhattan traffic,” Allie Feldman, the executive director of NYCLASS, told the Observer. “NYCLASS and our thousands of supporters in NYC will continue to organize and mobilize until the bill is passed and carriage horses are removed from busy city streets.”

The postcard effort–a spokesman said there are 7,000 signed by NYCLASS supporters–is part of an ongoing process to wrangle the votes needed to pass the carriage-banning legislation, which is opposed by the labor union representing the carriage drivers. Though Mr. de Blasio and Council Speaker Melissa Mark-Viverito want to ban the industry, calling it inhumane to horses, the tourist attraction remains popular with New Yorkers and many council members are reluctant to end the livelihoods of roughly 300 drivers.

The union representing the drivers, Teamters Joint Council 16, is opposing the legislation, along with a host of other unions. Many Democratic council members fear bucking their allies in labor; more moderate and conservative lawmakers are skeptical of the bill as well. Under the legislation, the city would offer the 300 licensed drivers help in obtaining taxicab licenses and training for other jobs.

There is no date set for a vote on the bill. Councilman Daniel Dromm, a co-sponsor of the bill, predicted it could come up for a vote in the spring. 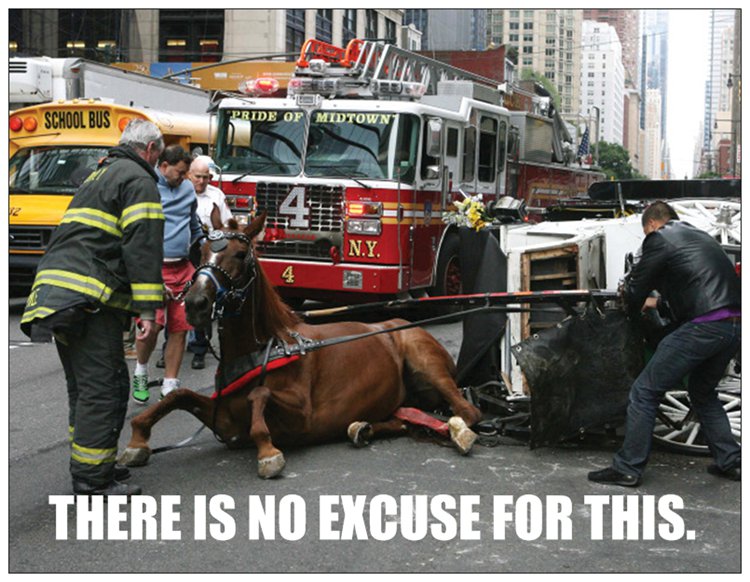