A new report from the Office of Inspector General for the NYPD found “troubling deficiencies” in meting out punishment for the use of prohibited chokeholds by police officers, recommending the NYPD and oversight agencies create a more transparent process for handing down discipline and sharing information related to so-called use-of-force cases.

Coming a month after a Staten Island grand jury voted not to indict a white police officer in the death of Eric Garner, a black man placed in an apparent chokehold, and the murder of two NYPD officers in an unrelated case, the chokehold review is the first high profile analysis to come from the relatively new–and plenty controversial–inspector general, who reports to the city’s Department of Investigation.

The inspector general’s office said the release of the review was delayed until after the funerals of the two slain officers, Rafael Ramos and Wenjian Liu.

“After the tragic death of Eric Garner, and intense scrutiny of chokeholds, OIG-NYPD [Office of the Inspector General-NYPD] conducted a deep-dive into cases involving this prohibited tactic to explore and demystify how these complaints are addressed internally,” said Inspector General Philip Eure. “Our targeted analysis revealed troubling deficiencies from the top-down that must be rectified.”

Following the death of Garner, the inspector general requested documents from the NYPD and Civilian Complaint Review Board relating to the ten cases where the CCRB investigated and substantiated allegations of chokeholds between 2009 and 2014. Their review revealed a “complex, opaque process” involving several divergent levels of review, evaluation and authority spanning the CCRB and various units of the NYPD.

Officers found to have used chokeholds can be subject to discipline ranging from “Instructions,” requiring retraining of the officer; “Command Discipline,” which can result in forfeiture of vacation days; or “Charges and Specifications,” the most serious disciplinary measure, which can result in the firing of an officer.

The inspector general’s review of the way complaints are investigated found that the NYPD routinely rejected the CCRB’s recommendations for discipline in chokehold cases without any explanation. The review revealed a disconnect between how the CCRB and NYPD determine when officers should be held accountable for using chokeholds: the CCRB tended to substantiate cases based on evidence like video footage, witnesses or police officer admissions, while the NYPD defined chokeholds more “narrowly” and considered additional contextual evidence, including the circumstances in which a chokehold was used. In addition, the review accused officers in some of the cases of escalating to force too quickly.

The NYPD inspector general was created in 2013 in the face of bitter opposition from then-Mayor Michael Bloomberg and Police Commissioner Ray Kelly. Progressive City Council members, arguing that the NYPD needed additional oversight amid allegations that it misused the tactic of stop-and-frisk, overcame a mayoral veto to establish the agency, which has subpoena power.

Spokespersons for the mayor’s office and the NYPD did not immediately return requests for comment. 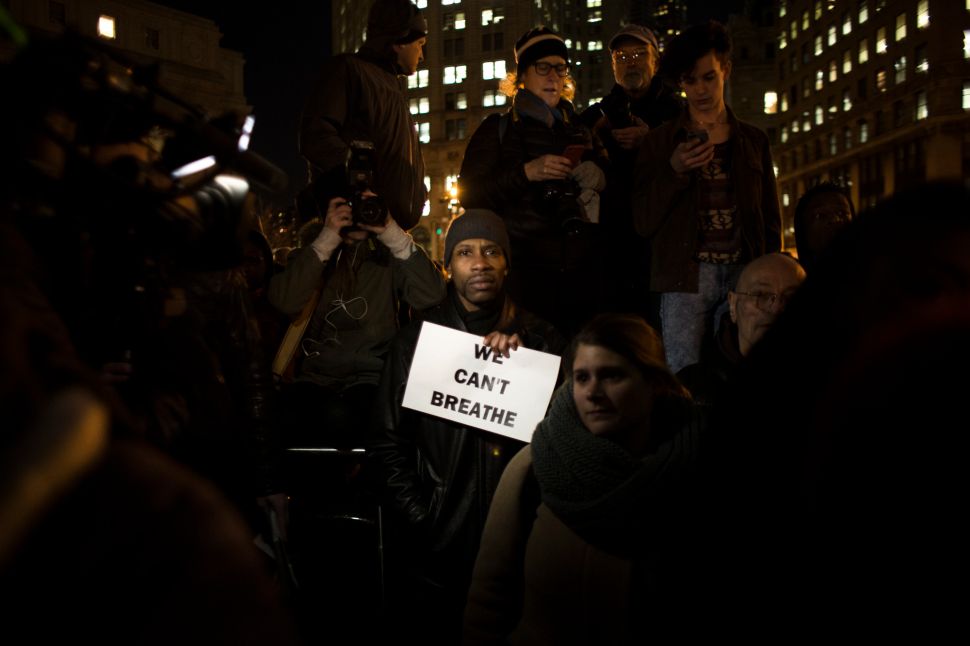