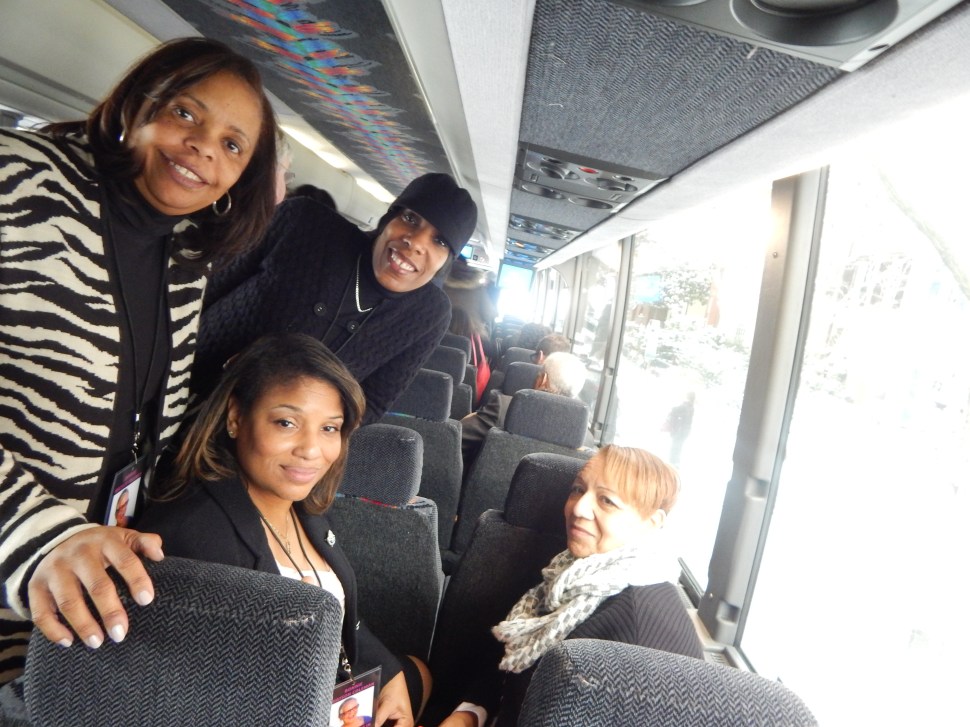 WASHINGTON DC — Over I-95, I-495, and through the tangled highways and bi-ways of Maryland’s beltway region, two busloads of New Jersey pols and politicos have finally arrived in Washington D.C. for the official swearing-in of Congresswoman-elect Bonnie Watson Coleman (D-12).

Snow and early morning traffic kept the trip down from the Garden State at a slogging pace, delaying a 10 a.m. arrival at the Library of Congress for Watson Coleman’s ceremonial swearing-in. But for the passengers on at least one of the buses, many longtime supporters and personal friends of the Mercer County Democrat, few things will dampen the excitement they have for seeing New Jersey’s first African American congresswoman into office.

“We’re all Bonnie supporters,” said Shirley Walker, a teacher in Trenton. “To be there for such a historic moment, to see the first African American woman from New Jersey to enter congress, it’s an honor.”

Watson Coleman is set to be sworn into office on the House floor today, rounding out an 11 month campaign journey and bringing to a close a 15 year stint in the New Jersey state legislature. The daughter of former Mercer County Assemblyman John Watson, herself a former Assembly Majority Leader from the 15 legislative district, and former New Jersey Democratic State Chairwoman, Watson Coleman has lead a storied career, earning her reputation as a tough-minded, for-the-people politician. She gained national attention for her congressional campaign late last year, when she defeated Republican Aleita Eck in a Nov. 4th general to become the first woman to represent New Jersey in congress since former Republican Assemblywoman Marge Roukema in 2003, and first ever African American congresswoman ever from the Garden State. Now, supporters say, she’s ready to bring that success to a dysfunctional congress.

To commemorate what is for many a historic — and, in the words of one passenger on this bus, a “truly momentous” occasion — friends, family and supporters of the revered Democrat took to the interstates and railroads this morning to make the trip down to D.C., where a ceremonial inauguration was held prior to Watson Coleman’s swearing in. Mercer County leaders, including Mercer County Executive Brian Hughes, Trenton Mayor Eric Jackson and city Council President Zachary Chester, and Watson Coleman’s former 15th Legislative District colleagues, including Sen. Shirley Turner and Assemblyman Reed Gusciora (both D-Mercer) were all present.

But two buses Watson Coleman’s campaign had arranged to transport passengers to the ceremony — one out of Shiloh Baptist Chruch in Trenton and one out of Quaker Bridge Mall in Lawrenceville — had been held up by snowy weather and congestion. A reenactment of this morning’s ceremony in the Library of Congress is planned for this afternoon, giving Watson Coleman supporters on the bus out of Quaker Bridge hope that they might still get a chance to see Watson Coleman put her hand on a Bible.

“She takes care of her own,” said Trina Gibson Jones, a Burlington County resident, adding that’s part of what makes Watson Coleman so respected. “She remembers her people, not just in the African American community but in Mercer County and New Jersey.”

Both Gibson Jones and Walker are members of Alpha Kappa Alpha Incorporated, an international sorority that Watson Coleman is also a member of. Walker, an alumni of Trenton College (now The College Of New Jersey), said the two met through the organization. Both are still heavily involved.

But Gibson Jones and Walker said that’s not the only reason why they decided to make the trip down. It’s because of the Democrat’s lasting leadership, as well.

“For me, that was a key point,” said Gibson Jones. “Not just that she’s a member of my sorority, but I respect her for her work and the service that she’s rendered for Mercer County and New Jersey in general. That, coupled with the fact that she’s going to be New Jersey’s first African American congresswoman. It’s just a time to celebrate that accomplishment.”

Also on the bus was Assemblyman Tim Eustace (D-38), who said he also wanted to be present for Watson Coleman’s historic swearing-in.

“It’s been a long time coming,” Eustace told PolitickerNJ. “We should have women in our delegation always, and Bonnie is probably the best representative from our house in the New Jersey Assembly to serve in Washington. I’m excited, she’s excited, and you can tell from all the people sitting on this bus for hours and hours that we’re looking forward to a great run in congress.” 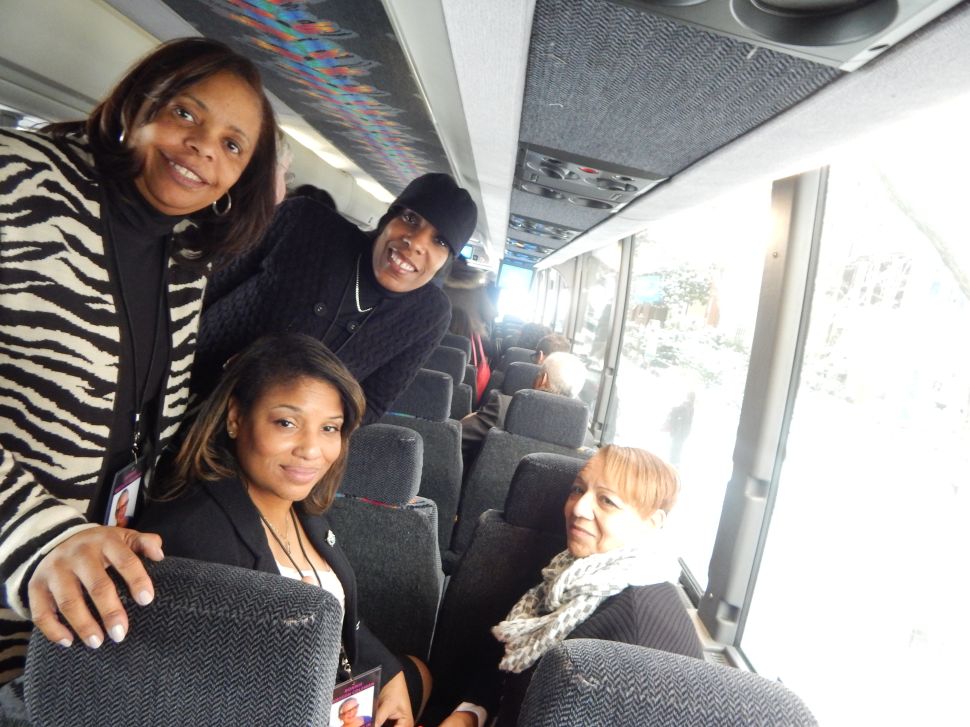