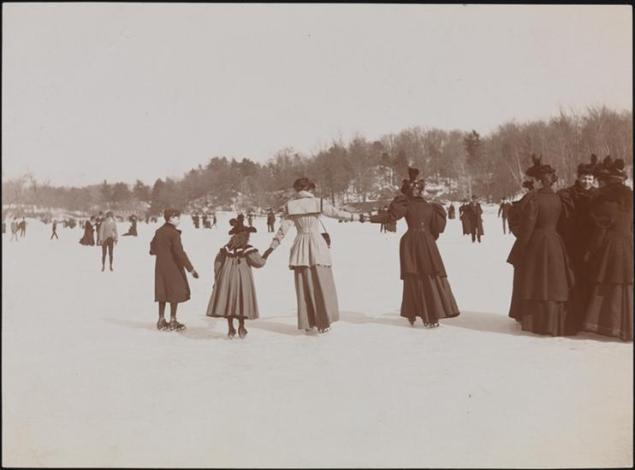 Ice skaters in Central Park, Museum of the City of New York.

Can you skate on the beautiful ice in New York City parks? No, you can’t, reports Gothamist, which discovered that the parks department can fine you $50 even though there are no signs posted anywhere and people used to skate on parks pond ice all the time (well, when it reached 4 to 5 inches thick). But now, rather than sprinting across natural ice, we are doomed to shuffle around in circles on deeply gouged ice “with the rest of the wobbling hoi polloi” and to pay $10 for the privilege.

Meanwhile, Curbed looks at how ice skating, and a network of private ponds in the wilds of upper Fifth Avenue along Central Park, became major destinations for New York society in the 1860s, helping to draw the city north. The private ponds complimented Central Park’s expanses of ice, where that wobbling hoi polloi frolicked, offering live brass bands, costumed spectaculars and early morning opening times as the fashionable set liked to skate before breakfast.

Another sad change, particularly for many who may still be inclined to skate the ponds of New York: Bay Ridge’s Nordic Delicacies store will be closing at the end of the month, according to Gothamist. The store was a major Northeastern source of Scandinavian staples and credits the neighborhood’s shrinking Norwegian population and the difficulty of running a small business in New York with the closure.

There’s also been a closure—we hope only of the temporary variety—at Spa Castle’s newly-opened Midtown location, DNAInfo reports. The Health Department shut the mega spa down for operating without a permit or a safety plan, according to the website, the lack of which we’d guess proved particularly troublesome after a man recently died at Spa Castle’s Queens location. There is also the matter of the nearby Spa Castle-hating co-op, who claimed that the naked people on the roof would ruin their view and were probably also looking closely at paperwork.

It’s not on Gramercy Park by any stretch, but Crain’s reports that 51-55 Irving Place, which is three blocks south of the park and can therefore only offer residents gate-through glimpses, is asking a lofty $62.5 million. Which gets the buyer a ground-floor retail space and 56 apartments, 16 of them rent-stabilized, though the broker suggests that building upgrades like a roof terrace could easily push rents on the other 50 units higher. Because who doesn’t want to pay hundreds more per month for a roof terrace?

Other hopeful attempts: the MTA has unveiled new subway placards informing would-be showtime dancers that “poles are for your safety, not your latest routine,” according to DNAInfo. More useful, we’d guess, would be placards about subway eating and manspreading, though we guess there might be one or two showtime dancers doing backflips out there under the impression that it’s perfectly fine with the MTA.

Two penthouses at the old-timey 14-unit new construction condo at 151 East 78th Street are in contract, according to The Wall Street Journal, for $29.5 million and $27.5 million respectively.

Though the Russians are now, allegedly, retreating a bit from real estate investment, the Japanese are getting back into the game. Crain’s reports that Tokyo-based Jowa Holdings is paying $210 million for two office buildings on the Northern edge of Madison Square Park. 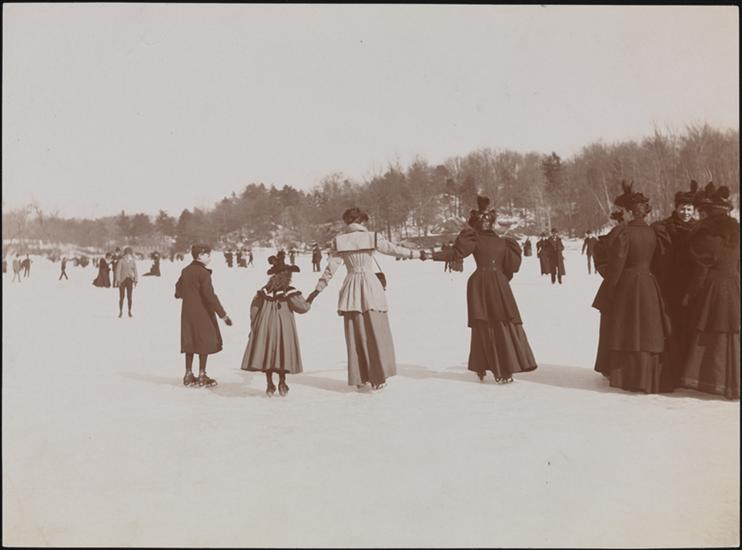