Mirror mirror on the wall, which will be the tallest 57th Street tower of all? Answer: the most recently constructed one, of course! The JDS, SHoP-designed tower at 111 W. 57th Street, which YIMBY reported earlier this week had secured final approvals from the Department of Buildings, will, according to those filings, now be 1,421-feet tall, making it the tallest building in the Western hemisphere when completed, according to Crain’s. Previous plans had put it at 1,397 feet, the same height as 432 Park. We expect this ever slightly taller tend to continue until financing for skyscrapers filled with ultra-luxurious pied-a-terres—111 W. 57th is in the final stages of securing a $500 million construction loan—dries up. Which might not be very far off, as the market seems to be tired, if not yet exhausted.

Speaking of which, nearly one-quarter of New York City residents are pied-a-terres or investment properties, according to The New York Times, which got the data from a review the Independent Budget Office performed at the request of the paper. Among the emptiest buildings in the city are CitySpire, where 60 percent of condos are non-primary residences, and Executive Plaza, where 75 percent are. Of course, investment properties, which make up the bulk of the “empty” apartments and  tend to be somewhat modest units, are almost always rented out. However, the paper says that the percentage of pied-a-terres many actually be higher as the estimate does not include buildings with 421a tax exemptions, leaving out “some more recently built condos that are widely known to have high concentrations of foreign buyers, including One57 and 15 Central Park West.”

The Plaza, the Dream Downtown and London’s Grosvenor House will all be mortgaged to raise $1.05 billion, allowing troubled financial services group Sahara India Pariwar to bail its chairman Subrata Roy out of jail, Bloomberg (via Crain’s) reports. Mr. Roy was jailed 10 months ago as part of a dispute with the Indian securities and exchange board.

Also on the hotel beat: a Williamsburg hotelier is planning to open a 30-seat bar and lounge in a tower atop the still under-construction 63 North 10th Street, which is right around the corner from the Wythe, according to Bedford + Bowery. The community board gave tentative approval for that and other bars the hotel is planning to open, but complained that hoteliers never bothered to ask for community input “until you want a liquor license.” Same as it ever was.

Especially on the Lower East Side, where troubled bars say that they’re tired of being persecuted by anti-booze groups, according to Gothamist. Last week LES nightlife impresario Rob Shamlian told Bowery Boogie that he was selling off a number of his local bars because he’d had enough of “hostile neighborhood groups.” This is what happens when adversaries can’t just sit down and have a drink together.

Frank Sinatra’s former Upper East Side penthouse is finally in contract after several years on the market, The Real Deal reports, though for $4.9 million rather than the $7.7 million it was originally asking.

The Novogratzes, perhaps moved by a similar need to see some kind of return on their townhouse at 400 West Street, which has tried a variety of $20 million price points these last few years, have just listed it for $70,000 a month, Curbed reports. Amenities, including a basket-ball court with herringbone wood flooring, may not be appreciated by all prospective tenants.

Sometimes owners play up a property’s history, sometimes they try to leave it all behind. The Wall Street Journal reports that the Chinese owners of One Chase Manhattan Plaza are rechristening it “28 Liberty” in an attempt to take advantage of the downtown’s post-9/11 resurgence.

In a textbook deal of our times, a West Village townhouse at 79 Horatio Street that was once divided into 10 apartments has sold, for $21 million, as a single-family house, The New York Times reports. Naturally, the buyer was an LLC., on which the brokers could not comment because of a confidentiality agreement. 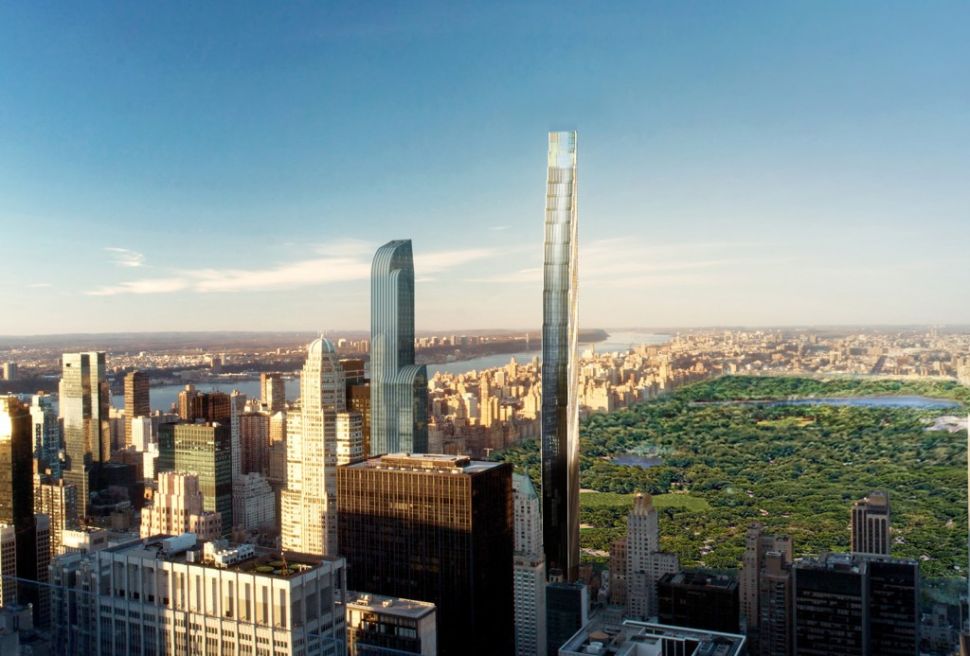