An earthquake survivor was once asked how she felt after the quake stopped. She answered, “It’s still happening.” Many earthquake survivors feel the tremors days later. That’s the narrative structure of Dimitry Elias Legér’s magnificent debut novel, God Loves Haiti, which can’t be read as a linear narrative, but rather as one that keeps shaking time and space weeks after the ground stops moving.

God Loves Haiti tells the intertwined stories of the lovely Natasha – newly married to Jean, the aging president of Haiti – and Alain Destiné, her lover. Before the quake, Natasha loved one man and married the other. After the quake, the three are shuffled and their fates are altered.

On the morning of January 12, 2010, Natasha and the president are stepping on a plane, headed to self-imposed exile in Italy. Natasha will paint and the president will be free of Haiti at last. The president is burdened by the poverty he cannot alleviate and by the floods of do-gooders who promise aid. As Natasha walks up the plane’s stairs, the world seems to end, and she feels “like the smallest person in the world.” Both the president and Natasha survive the earthquake, and they remain in Haiti. Mr. Legér beautifully details Haiti’s fractured political history through the president’s dreams of his predecessors as he sleeps that night in his tent in the devastated capital.

Alain is trapped with his car for many hours, finally freed, and then begins a new life in a tent city. Natasha believes that he is dead, as she had left him that morning in the presidential palace, which was destroyed by the earthquake. She heads to church to make sense of the upside-down capital city, destroyed in an event that was wholly unexpected.

All three of the characters accept that Haiti is enduringly unlucky—but why an earthquake? In church, Natasha learns from her beloved Monsignor Dorélien that Haiti’s troubles are a sign of God’s love, a way to remind the residents of paradise that pain is always near. The book’s peppery Port-Au-Prince slang and untranslated French phrases bring that pain into more vivid relief—the earthquake feels like it happened last week, and in a way, that’s true.

Mr. Legér, a Haiti native who grew up in Brooklyn, made his way through Manhattan’s media scene, with detours to Cambridge and Miami, now lives on the France-Switzerland border, and seems to import his own winding background to this tale of heartbreak and hope. In 2010, he advised the United Nations recovery efforts on the ground in Haiti after the cataclysmic quake. It must have been quite a homecoming for Mr. Legér and in God Loves Haiti, the love triangle meets again, divides, and life and time continue to reel as the aftershocks go on in this melodic and unpredictable debut. 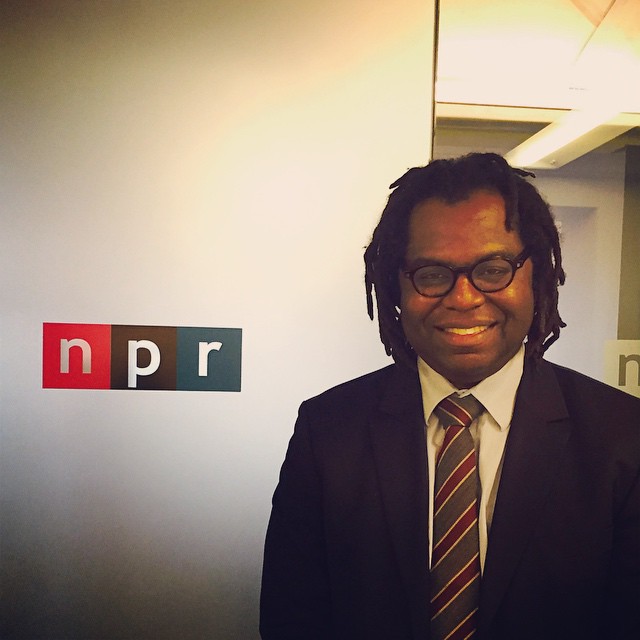