Ricky Jay has the body and voice of a David Mamet star, which is to say that he looks and sounds so ferociously real it’s hard to believe he’s acting. You should probably see him in House of Games first (don’t embarrass yourself, this is not the Netflix series with a similar name) and build up to his even greater roles, such as George Lang in The Spanish Prisoner or Kurt Longjohn in Boogie Nights. What could be better than this tough guy telling the dissipated porn director Burt Reynolds, “It’s a real film, Jack” with just a soupçon of wonder.

It’s a magical moment, and that’s Jay’s real career—magic. He’s the kind of magician who does not do tricks with vanishing elephants, planes, or locking himself in boxes. He’s a chops guy, working with his 52 assistants—a deck of playing cards—and he is always worth watching.

Take a good long drink of the wonderful photo above. Look at that face. Those fingers. Houdini on the wall. Don’t forget to tune in tonight on PBS to see the documentary profile: Ricky Jay: Deceptive Practice. (9 PM here in NYC) 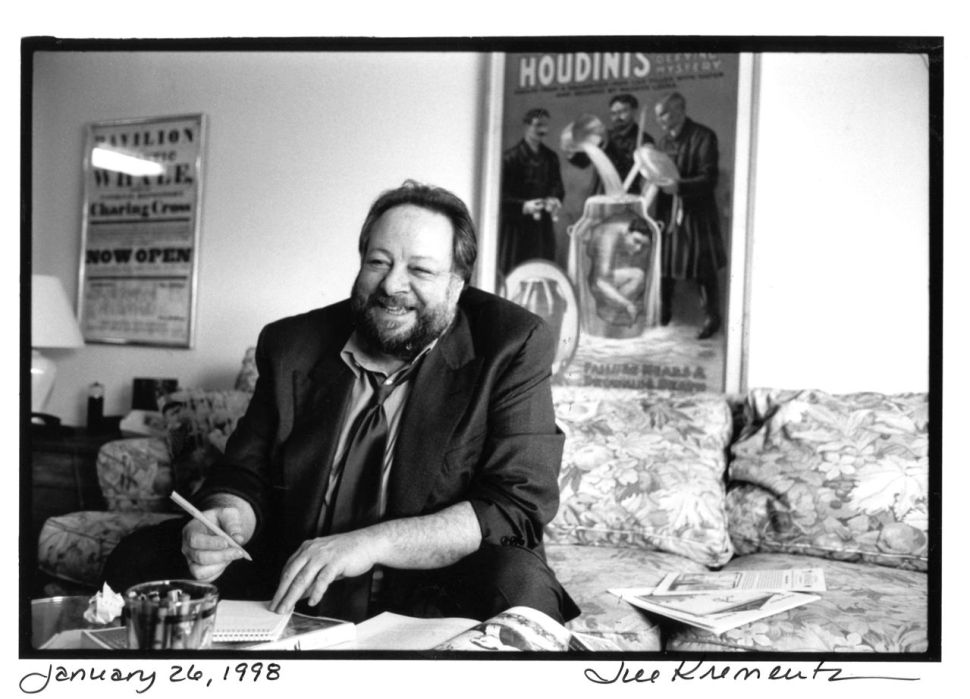