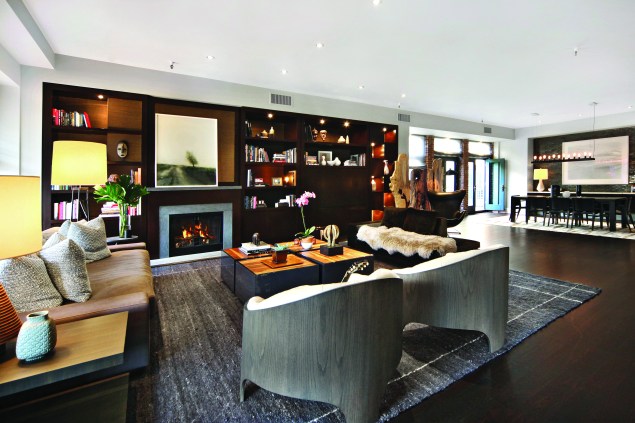 A-ha! Built in bookshelves and a wood-burning fireplace add an unusually cozy touch to the loft. (Courtesy of Town Residential)

Snow fell softly outside 42 Wooster Street on a recent January afternoon, gently dusting the cobblestones, the building’s cast iron facade and the rigorously-groomed hair of two men out for a smoke break, one in assertively hip glasses and the other all in black with a large fur bag slung moodily over one shoulder. It was a near-perfect Soho scene, much like the building’s fifth floor, where a full-floor loft was bathed in the muted gray light of falling snow.

It had big white walls, of course, exposed brick, massive wood beams and ceilings that could be said to soar. The kitchen—open, industrial—glinted with copious quantities of professional-looking stainless steel and the owners are actually, believe or not, artists. (Paul Waaktaar-Savoy, former member of Norwegian pop music megastars A-ha—of  “Take On Me” fame—and wife, filmmaker and current bandmate Lauren Savoy.) 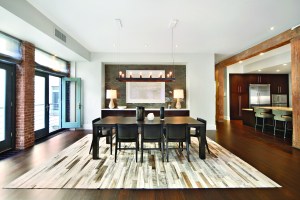 When the Savoys purchased the raw space in 1999, they were no longer of the starving variety and quickly tapped renowned interior designer Shamir Shah to handle the renovation. The resultant spread, all 4,200 square feet of it, is clearly not for the impecunious; it’s listed with Town residential broker Danny Davis, renting for $38,500 a month.

The price, however, comes with the loft’s enviable furniture and decor, including a terry-cloth armchair in the bathroom and a wall of framed artwork by the couple’s son (they moved to Brooklyn to be closer to his school, according to Mr. Davis, but love the loft too much to sell). Everything, basically, except for the taxidermied lion and the colorful skeleton that bookend the dining room.

“She’s beautiful; I believe the current tenant bought her at a Natural History Museum auction or something like that,” Mr. Davis said of the wheat-colored lioness. “And I think the skeleton’s a Damien Hirst.”

Another disappointment, at least those who pine for a Soho of the past: The elevator is not manual. 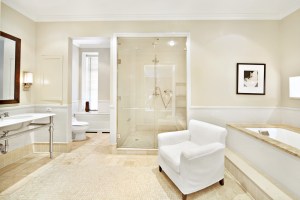 Note the terry-cloth armchair, possibly the only appropriate piece of bathroom furniture we have ever seen. (Courtesy of Town Residential)

But wealthy creative types need not despair. One of the three (convertible four) bedrooms was built as a sound studio, making it a good place for noisy pursuits, artistic or otherwise. And indeed, the entire building was impressively quiet the day we visited, perfect for finding one’s voice, or as former resident Claire Danes no doubt found, reading lines.

Plus, for those prone to gloomy, dark moods, there’s a freestanding infrared sauna—a Sunlighten mpulse—in one of the master bedroom’s two expansive closets. Though Mr. Davis said he had not seen much enthusiasm for infrared sunning from prospective tenants.

“I think most people would probably prefer to use it as a closet,” he said, pulling the door closed. ν 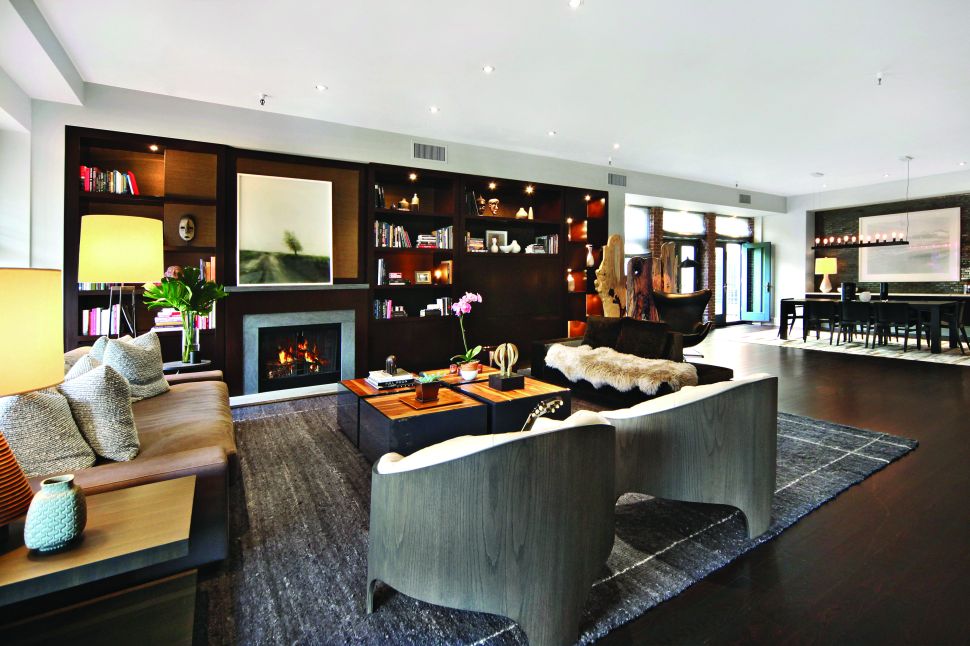