While most people consider sweeping city views to number among One Madison’s most alluring features, surely not everyone who is drawn to glassy new construction wants to live among the birds.  For the less aerially-inclined, the development’s two new townhouse-style residences, which look out over tree-lined 22nd Street, ought do quite nicely.

The units—a 4,000-square-foot duplex and a 4,500-square-foot triplex—have just hit the market at $9.5 million and $11.5 million respectively, and are the last units at One Madison, a.k.a. 23 E. 22nd Street, to be released by Related, which bought the distressed asset from its rookie developers Ira Shaprio and Marc Jacobs (the commodities trader, not the clothing designer) in 2012. The duplex and the triplex are the only units to be have been built ground-up by Related, which tapped BKSK Architects and Yabu Pushelberg to design the annex that would house both units and the lobby, or as the website would have it, the “discreet arrival experience.”

“These are brand-new, which is especially appealing,” Leslie Wilson, the senior vice president of sales at Related, who is in charge of sales at One Madison, told the Observer, conceding that the rest of the tower, which started going up in 2006, was not so ancient. (The units are listed with CORE, which Related formed a partnership with this fall to handle its resales, but Ms. Wilson retains her post at Related.) Ms. Wilson said that the building—which is 93 percent sold—has just two other sponsor units remaining: a floor-through, three-bedroom on the 43rd floor, which is listed for $12.5 million, and a duplex on the 55th and 56th floors for $37.5 million.

(Though a handful of residents were living in the tower when Related took possession, its own sales did not launch until fall 2013.)

The townhouses are above the lobby, with the duplex located on the second and third floors and the triplex on floors 4 through 6. They both have 10 to 12-foot ceilings, great rooms with gas fireplaces and capacious terraces. Best of all, for those who enjoy building amenities like a pool, spa, billiard room and a lounge with a dining room, but not sharing an elevator with their neighbors (we’re sure that Gisele and Tom would be a joy to gaze upon, but we’re not so confident that a run-in with Rupert would be entirely pleasant), the units have their own private elevator.

Ms. Wilson cautioned that the “townhouse vs. tower” buyers are usually very different in new development—”it’s a very different mindset”—but for the new-construction buyer yearning for a more grounded experience, these are the only such townhouses in the immediate area, which has, like One Madison, undergone a rather impressive transformation these last few years.

“The whole neighborhood is blooming and blossoming. It’s like overnight it just sprung out of the desert and got to be like Gramercy Park,” effused Ms. Wilson. “It’s almost like we launched into a fully-formed universe.”

But, she argued, as great as the rest of Madison Square is, “One Madison is the star of the show. It really is.” 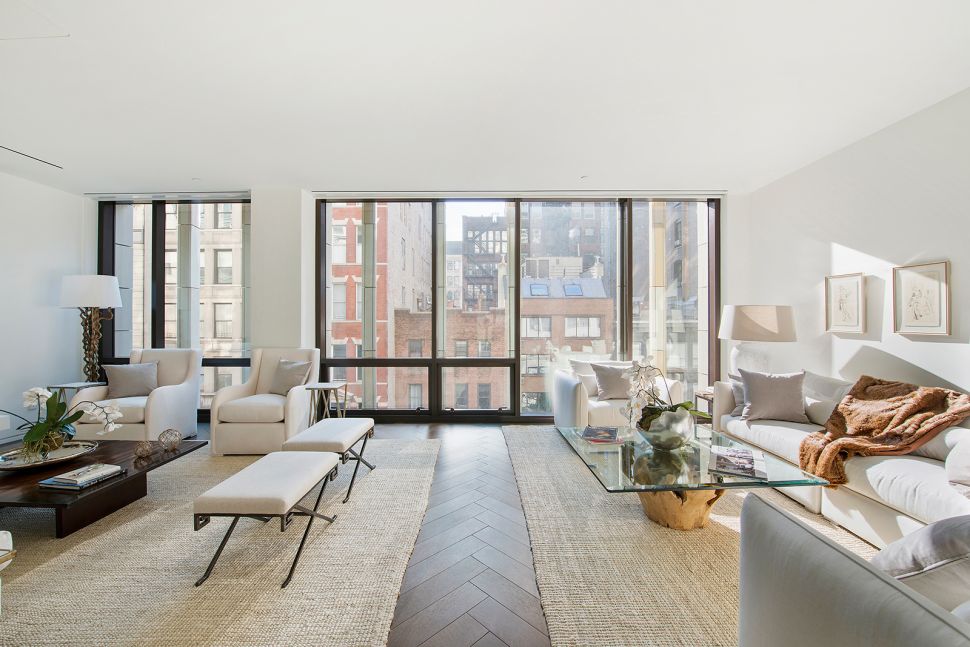