PARK CITY, Utah — Prepare for the agony and the ecstasy of non-studio moviemaking. The 31st Sundance Film Festival raised its curtains here on Thursday, as Robert Redford tub-thumped for creative diversity and economic emancipation in one of America’s most homogenous and affluent states.

“Independence is basically the label of our country,” he said at an opening day press conference in Main Street’s Egyptian Theater. “Our country was established to be independent. I like to keep that in mind when we think about Sundance.”

Entering its fourth decade as one of America’s most influential cinematic events, Sundance has continually adapted itself to stay current and fresh. “Change for us is something positive,” Mr. Redford added. “We can float with change.” Good thing, too: the festival is starting a week later than usual because the town elders of this venerable snowy resort town were finally sick and tired of losing all that Martin Luther King weekend vacation revenue to the non-skiing coastal marauders looking for Hollywood’s Next Big Thing.

One unwelcome change is the stingy way the festival has cut back drastically on the free public screening guides it routinely circulated for years. “You can find all that if you download our festival app,” said one fresh-faced volunteer at a Sundance information booth. (His older colleague begrudgingly passed out a few physical copies of the guide to grumbling patrons who had been burned by the app’s clunky design.)

And the officially sanctioned gift stores have embraced change in their merchandise. The inventory, generally limited to T-shirts, toques, posters and coffee mugs, has, in recent years, grown to include the following celebrity-endorsed—and, one assumes, celebrity-created—“Artist Edition” tchotchkes: a Jenny Slate Porcelain Snack Set for $75; a Cindy Sherman Porcelain Tray for $150; a John Waters T-shirt for $30; and a Vintage Andrew Dosunmu Postcard Folio for $18. (Not too sure how any of these relate directly to independent film, except that all proceeds go to the non-profit Sundance Institute.)

Those interested in actually buying films were already out in full force, with a clutch of indie distributors closing deals on four titles even before the festival had screened a single movie. Coming to civilian theaters between now and December will be Mistress America, Noah Baumbah’s second collaboration with girlfriend Greta Gerwig and their follow-up to critics’ darling Frances Ha; Don Verdean, the latest quirk comedy from Napoleon Dynamite maestro Jared Hess; Results, a gym rat comedy starring Cobie Smulders and Guy Pearce; and, arguably the hottest ticket this weekend, two-hander The End of the Tour, a real-life account of the late David Foster Wallace’s interview with a Rolling Stone reporter, starring Jason Segel and Jesse Eisenberg and directed by James Ponsoldt (The Spectacular Now).

And finally, it’s showtime. Opening Night used to be a single slot; now, Sundance has embraced change and features no less than four opening night films—one from each of its four major sections (U.S. and World Dramatic Films; U.S. and World Documentaries), with the two pairs programmed against each other. It’s both a grand gesture to equalize the sections and a canny sidestep to avoid choosing a single selection with wide (or potentially no) appeal.

One of the quartet, Liz Garbus’ What Happened, Miss Simone?, a documentary about the ferocious jazz singer/pianist Nina Simone, was produced by Netflix and is scheduled to premiere on the service this spring. One fest veteran blew off the screening after hearing of its provenance. “I’m here to see films,” he sniffed, expecting a paint-by-numbers PBS-style biographical regurgitation. He wasn’t completely wrong: though uninspired as a documentarian, Ms. Garbus does a respectable (if too respectful) job with her subject. But nothing that surveys Simone’s volcanic life, smothered with dollops of her haunting baritone purr, could be anything less than contact-high inspirational. The woman’s fierce determination while facing down an abusive manager-husband, riling up the civil rights movement, and struggling unceasingly with manic depression, is de facto heroism of the highest order.

Far less rousing, and fully living up to its third-place moniker, was shrill comedy The Bronze, starring a scene-chewing and accent-choking Melissa Rauch as a one-time Olympic medalist clinging to faded glories. Uneven at its best and unbearable at its worst, this bitter comedy boasted potty-mouth potshots that teased out a few genuine laughs among an otherwise sour cesspool of plot contrivances and unearned romance. Its high point, though, was a hilariously over-the-top lovemaking session that boasted some of the most inspired and ingenious gymnastic techniques ever logged by two fuck buddies. Who cares about the film’s mediocrity, right? At least the sex was good. 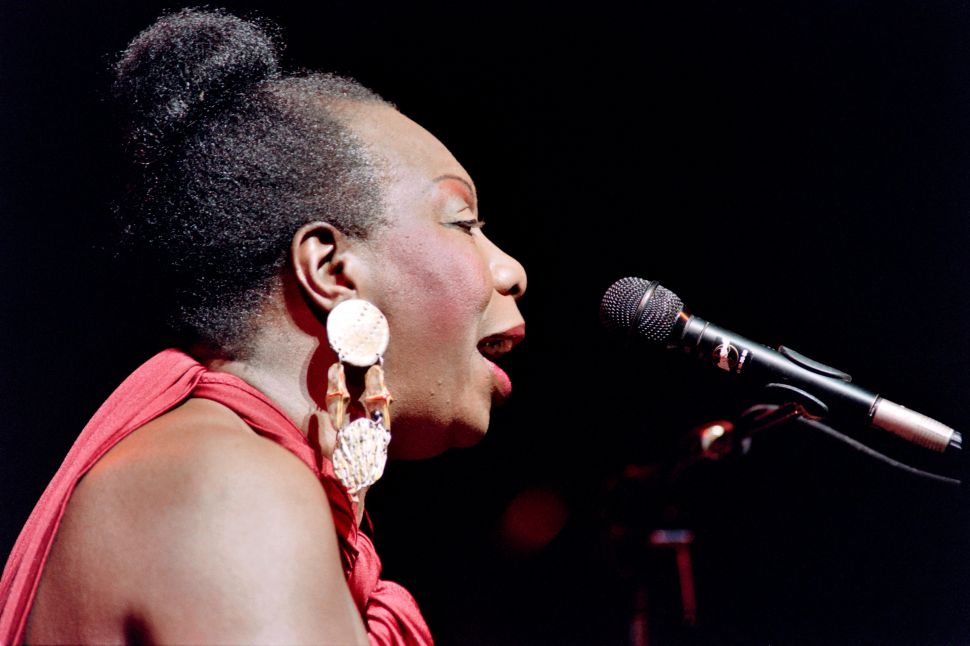