Do you have about about $10 million burning a hole in your pocket? Are you also a gigantic fan of the nine rappers from Staten island called the Wu-Tang Clan? Well, golly, does Paddle8 have the deal for you. Wu-Tang gangleader RZA did a video interview with Forbes that was released today, and he brought up the topic of The Wu — Once Upon a Time in Shaolin, the double album that the Wu decided to only produce a single copy of, turning it into a work of art, available to purchase for a very very high price. When news of this broke in early 2014, the Renaissance was mentioned, the idea of museum tours were brought up, and then everyone sort of stopped talking about it.

But this album is real, and now it’s actually going to get sold. Paddle8 is going to be soliciting offers and vetting potential buyers before proceeding with a private sale, and the price is available upon request. The album is currently locked in a silver case in Marrakech.

And you better believe that Paddle8 co-founder Alexander Gilkes is especially pleased the Wu decided to ignore the established brick-and-mortar auction houses and go with his start up instead.

“We are honored that the Wu-Tang Clan has selected Paddle8 as the partner for the extraordinary sale of their one-of-a-kind album—a work of art that brings together the nine voices of the Wu-Tang Clan, perhaps for the last time,” Mr. Gilkes told us, as relayed by Paddle8 Head of Communications Sarah Goulet. “The album is a boundary-pushing masterpiece, and we are eager to make it available to Paddle8’s global collecting audience later this month.”

And while Mr. Gilkes’ well-tailored ultra-suave manner doesn’t exactly scream “No question I would speed for cracks and weed / The combination made my eyes bleed” he’s hung out with Jay Z a few times, so he must be something of a hip hop fan. Here’s hoping Paddle8 sells to someone willing to share, so we can all hear the newest work by RZA, GZA, Method Man, Raekwon, Ghostface Killah, Inspectah Deck, U-God, Masta Killa and Cappadonna. Rest in peace Ol’ Dirty Bastard. 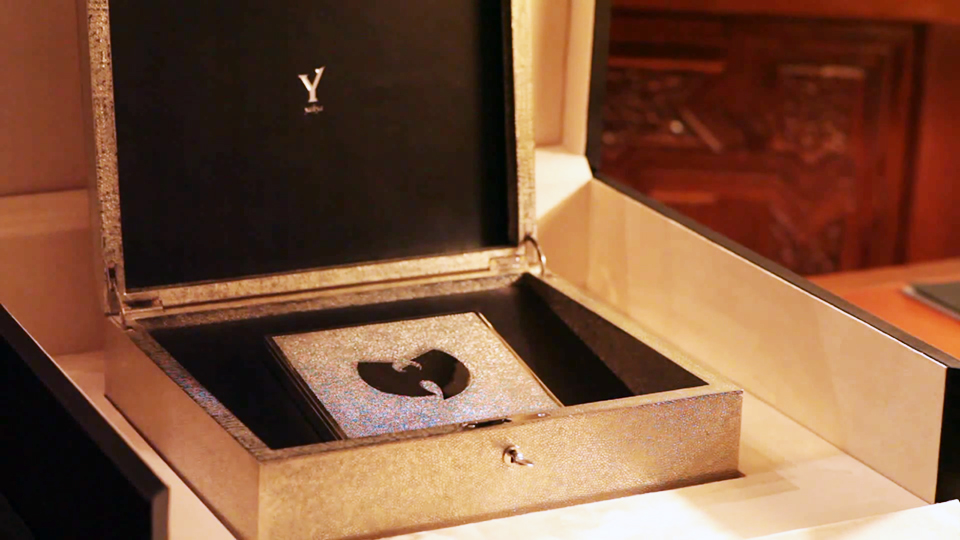