Ask anyone tuned into New York’s weirder sounds to list the artists that defined the city in the last decade; you’ll likely hear Animal Collective‘s name trotted out within the first couple syllables. The group’s trademark mixture of electronic tinkering, and sense-assaulting psychedelia has won it high acclaim from critics and fans alike, ranking the band among the most influential artists of 21st century New York.

Panda Bear (real name Noah Lennox) has served as one of AnCo’s two core members throughout its 15-year career. Aside from his work with AnCo, Mr. Lennox has carved out a brilliant career of his own, releasing his fifth solo album, Panda Bear Meets The Grim Reaper, Tuesday on Domino Records.

Below, peruse our list of 10 tracks that best encapsulate Panda Bear’s influential sound and depict his artistic evolution:

“I’m Not” – This cut from Panda Bear’s grand Person Pitch is a four minute elegiac meditation, in which Mr. Lennox opaquely croons the song’s title like a mantra over a calm kick drum and a chopped and screwed vocal sample of “Rose, liz, printemps, verdure” by Gothic Voices. “I’m Not” is sparse, ethereal beauty.

“Mich Mit Einer Mond” – The title is improper German for “Me With One Moon.”  With its glitchy, eerie keyboards and spectral acoustic guitar strumming, “Mich Mit,” from his self-titled debut, serves as an example of Panda Bear developing his ambient, surreal sound.

“Last Night At The Jetty” – “Last Night” is one of Panda Bear’s poppier songs. The main riff is a bubbly, amiable F major progression, and catchy vocal melodies float throughout the track. “Last Night” impeccably captures the aquatic nature of 2011’s Tomboy, which features this standout track.

“Bros” – This 12-minute Person Pitch opus collages samples of The Tornados, Cat Stevens and The Equals into a pounding wave of foggy, dreamy electro-somnolence.

“Comfy In Nautica” – Slow, jovial chanting (from “Jisas Yu Holem Hand Blom Mi” by Choir of All Saints) is the melodic basis of “Comfy In Nautica.” Over the sample, Mr. Lennox sings thought-provoking lines: “Coolness is having courage/courage to do whats right./ I’ll try to remember always/just to have a good time.”

“Mr. Noah” – The jagged and pounding “Mr. Noah” is the lead single from Panda Bear Meets The Grim Reaper. Its raw, groovy beat is indicative of Mr. Lennox’s penchant for hip-hop. He expressed his connection with the genre in a recent interview with Andy Beta of Rolling Stone, citing artists like the Dust Brothers, A Tribe Called Quest, Pete Rock, DJ Premier, and J Dilla as powerful inspirations. 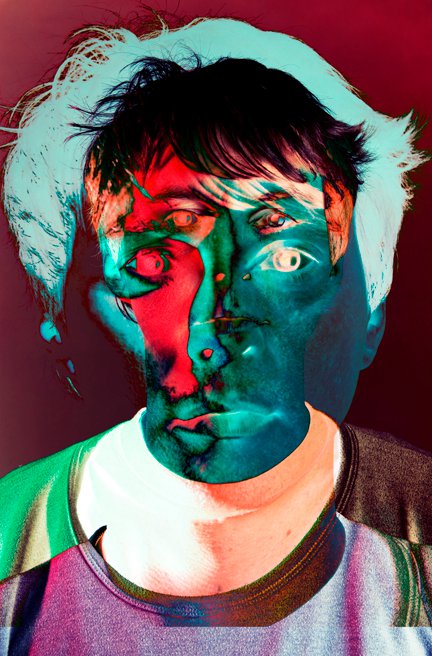