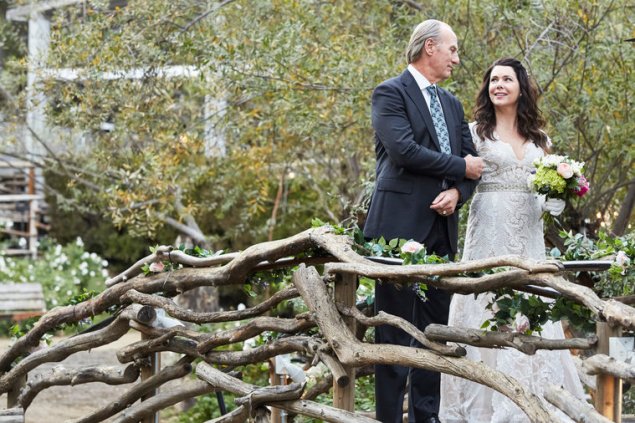 Way back in September of last year, just after the first episode of Parenthood’s final season aired, I wrote this: “It’s the unwaveringly honest depiction of family life, whether triumphant or tragic, that makes Parenthood so relatable to so many. It will be sad to lose touch with the Bravermans when they’re no longer visiting our home week in and week out, but in the meantime, let’s remember that having the luxury of knowing when it will end is a good thing, it offers us the ability to savor every moment.”

Sadly, that luxury came to an end with a final installment in the series, aptly entitled, “May God Bless and Keep You Always.”

Never a show to shy away from any topic, no matter how difficult, the Braverman clan has dealt with cancer, autism, adoption, divorce, and everything in between, and we were given an open invitation to watch, to take part in those intimate moments of utter frailty that are rarely so accurately portrayed on television.

This final hour included many things we saw coming, things we thought might be coming, and a lot of things we certainly didn’t expect.

What made the episode so satisfying is that the underlying theme seemed to be that everyone was, whether consciously or subconsciously, working to find his/her happiness.

Sarah, who you’ll recall was ending her first marriage in the pilot, found love with Hank. Crosby decided that he could run The Lunchonette without Adam, while Adam found his true calling, not in the business world, but as Head Master of the school he and Kristina created. Julia and Joel are not only back together, but added to their family when they adopted Victor’s baby sister.

It seemed like Zeek surreptitiously had a hand in all of this, and he did, simply by being a great father. Sure, he doled out plenty of advice during the course of this hour, but it appears that it was mostly his quiet confidence in his children that gave them the strength they needed to stand on their own and be who they wanted, and needed, to be.

In a time when we so often root for the morally reprehensible character, it’s nice, for a change, to feel okay about rooting for the good guy, to want the best for people because they seem to truly deserve it.

The wedding sequence was expertly crafted with many, many moments that stayed true to the series narrative – the fun family photo session, some wacky Braverman dancing, Drew, the quiet one, giving an amazing toast to his mother and her new husband, Zeek shedding a tear as he let go of his daughter’s hand after walking her down the aisle. But it was the moment between Zeek and Camille when they acknowledge that they’d created the family they’d always desired and raised their children in a manner that made them proud, that was the most memorable exchange, with Zeek saying, “Boy, we sure did good, didn’t we?” To which Camille responded, “We sure did.”

This quiet admission between these two makes what’s to come a short time later that much more difficult to bear; as Camille marvels over the photos from the wedding, she calls out to Zeek, only to find that he’s died in his sleep, sitting in his chair by the window. Lingering on Camille’s expression as she takes this in is a perfectly rendered example of the type of direction that appropriately tells this portion of the story as it should be told, through her eyes, but yet let’s us in to feel the total impact of this devastating moment.

After a passage of time, the Braverman clan gathers at a baseball field to scatter Zeek’s ashes on the ground and play a game on top of those ashes, just as he wished. Intercut with the field footage are glimpses into the future with an update on each branch of the Braverman clan — Camille takes the trip that she and Zeek had planned, Crosby and Amber are successfully running The Luncheonette with Jasmine and Crosby expecting another baby, Joel and Julia have four kids, including an infant son, Sarah and Hank are a happy family with Drew, Ruby and Amber, while Amber has a new boyfriend as she co-parents her son with her ex, Ryan.

In the final flash forward, as the entire Braverman clan cheers him on, Max is handed his diploma by his father, which seems only fitting given that in the pilot, the first time we saw a Braverman realize that many things in life are truly heartbreaking, is when Adam tearfully says to Zeek, “I think there’s something wrong with my son.” That’s when we all knew this wasn’t going to be a series that contained any unearned emotions.

It’s stories like these, told in this manner, that have made Parenthood what it has become; the new standard by which all future family dramas will be judged.  No longer will viewers accept false passion within a storyline merely for the sake of evoking a reaction from the audience, for now we’ve experienced authentic emotion and there’s just no going back.

Satisfactorily bringing a beloved show to a conclusion that will be pleasing to all is no easy feat. Congratulations Parenthood, you’ve done it. This final hour was neither hurried nor overloaded, with pacing that was just perfect and true to the structure of the entire series. And finally, thank you for not only closing out the onscreen narrative pleasingly, but for leaving some frayed endings behind, strands that help us to believe that these people will have a tomorrow, and a day after that, and a day after that, allowing us to feel that the Bravermans will surely live on, always. 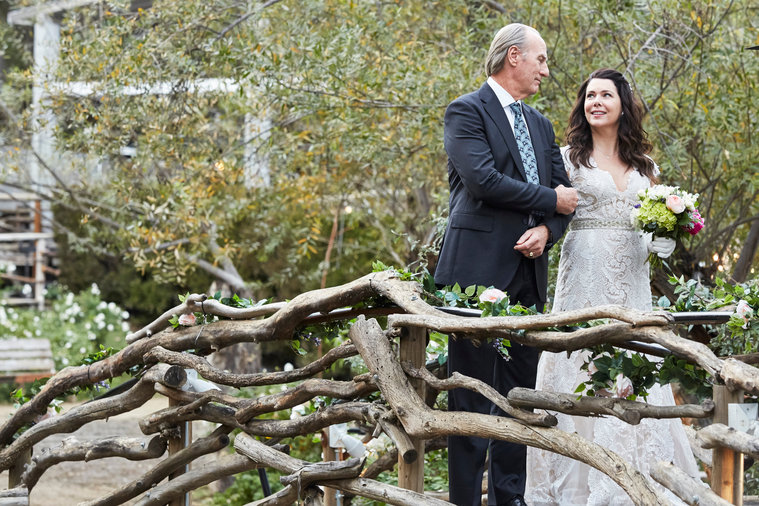