On Wednesday January 21, roughly 200 parents, teachers and community activists from throughout New York City attended a forum at PS3 in Greenwich Village to protest the country’s “test-obsessed” public school system. 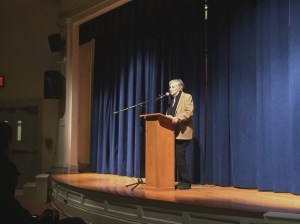 Dr. Diane Ravitch, former U.S. Assistant Secretary of Education, delivered the keynote address for the event, which was organized by PS3’s Parent Action Committee. Ms. Ravitch detailed the perils of relying on testing and how it undermines teachers. “Surveys have shown that teachers are very demoralized because they have been subject to a lot of teacher bashing and been told that if students don’t have high scores it’s their fault,” Ms. Ravitch told the Observer before her speech. “But Social science research shows that the biggest determination of test scores is family income, not the teacher. They are being blamed for things that are beyond their control.”

Ms. Ravitch’s book, Reign of Error: The Hoax of the Privatization Movement and the Danger to America’s Public Schools, also criticized Former President George W. Bush’s  No Child Left Behind initiative—which mandated annual testing for grades 3 through 8. Schools with poor test results faced loss of federal funding or school closure. The program’s successor, President Obama’s Race to the Top—which rewarded schools with high test scores with increased state funding—only led to more testing. Some students spend an upwards of 20 hours a year taking tests, according to a recent study by Ohio’s Department of Education.

To spur educational reform, Ms. Ravitch urged attendees to join the “Opt-Out Movement,” a campaign in which parents refuse to allow their children to participate in testing. “There should be a mass movement to not take the test…. If in school after school, parents [protested], I think the message would be communicated to both Albany and to Washington,” Ms. Ravitch said.

“Sometimes,” she continued,” the most brilliant and intelligent minds do not shine in standardized tests because they do not have standardized minds.”

The crowd in the auditorium shared Ms. Ravitch’s passion, cheering and booing during mention of No Child Left Behind.

“We want to be very proactive in these groups, not just to dwell on ‘there’s too many tests, they are poorly constructed,’ but instead, ‘what can we do to urge elected officials, the powers that be [to change],” said Sara Carder, PS3 mom and co-chair of the school’s Parent Action Committee. “We want the powers that be to [ask], ‘why are we having our kids—these 8-year-olds—taking nine hours worth of tests a year?’” 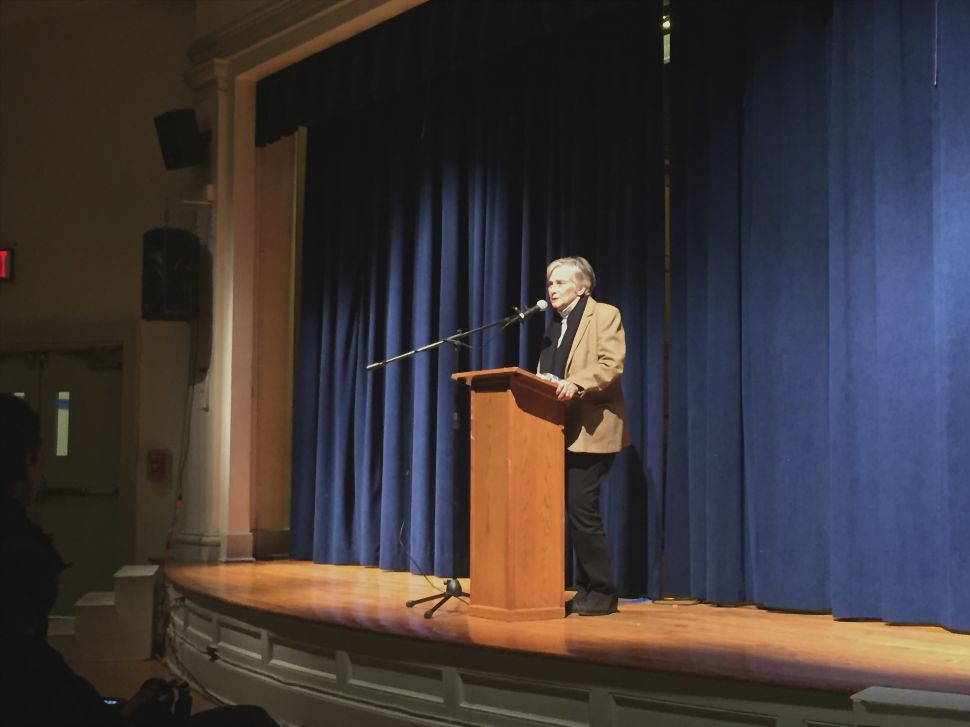