Patrick J. Adams is recognizable to most as the sharp-dressed lawyer without a law degree Mike Ross of USA’s Suits. But Mr. Adams, the son of a journalist, has harbored a passion behind the camera as a photographer since he was a child, a passion he brought to the set of Suits on the very first day. Mr. Adams, knowing that in television a Pilot episode is not a guarantee, wanted to document every aspect of the process on screen and off. Four seasons of Suits later the photographs have begun to pile up.

USA will host a special gallery of Mr. Adams’ behind-the-scenes photographs in Behind the Lens: A Look at the World of SUITS. We chatted with Mr. Adams before the installation goes live, to get his thoughts on photography, acting and the art of capturing genuine human moments. 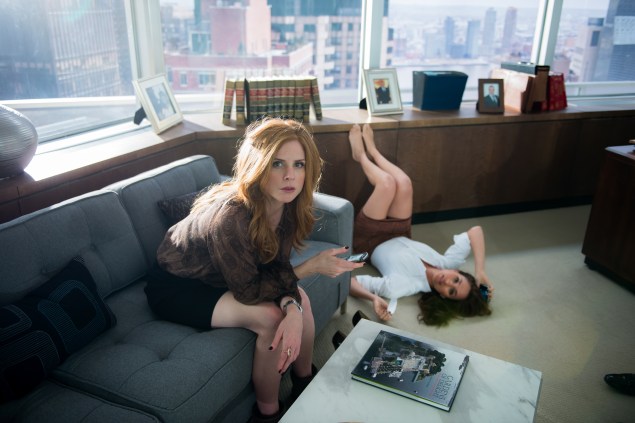 Observer: How did you first get into photography?

Patrick J. Adams: I was taking pictures even as a young kid. I was fascinated with the concept of documentation. My father being a journalist I grew up in a house built around the idea of telling the story of your life. My dad did it with words where I was more drawn to cameras. As soon as I could get my hands on a camera I was taking pictures. For the longest time I didn’t think to share them. 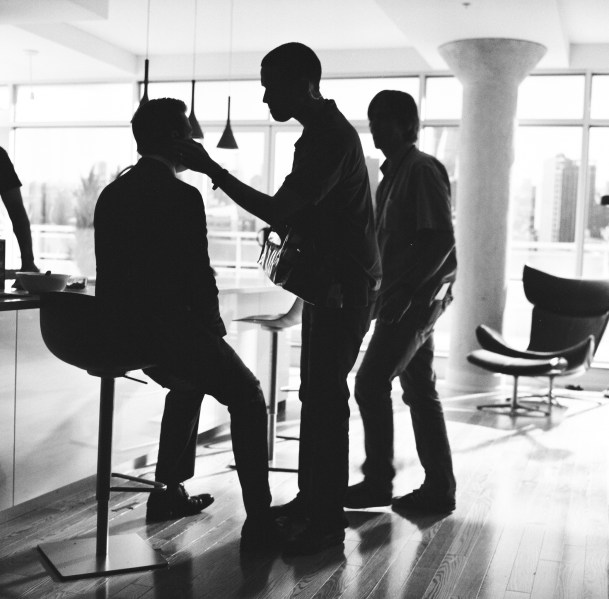 O: Was there anything specific you were trying to capture on the set of Suits? Anything you kept your eye out for?

P: What I look for changes and evolves over time. These days I feel like I’m focusing more on people, trying to get them in those quiet, relaxed moments backstage. I think I try and pick something that hasn’t been seen or documented properly. As far as people go, I always focused in on those moments between the moments people see on television; catching a person in a human experience or a moment that paints a picture for the audience. I like to explore that world in between the moments when the camera is rolling. 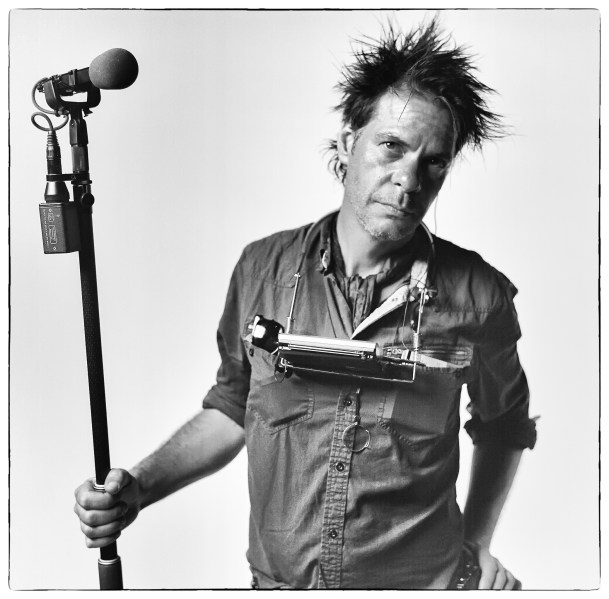 O: I saw a lot of photos of the backstage crew. How important was it to you to highlight the people behind the camera?

P: They definitely let me into their world. And I think it meant a lot to them. These are guys that I think are not necessarily interested in being in front of the camera, but I do think that anyone who works as hard as these crews do, they like getting a little credit for that. I think for the most part the people behind the camera would like to stay there, but when it’s a still image, and when it is respectful and when it’s really about introducing them to the world in a way that is totally ‘them,’ I think they react to that well. 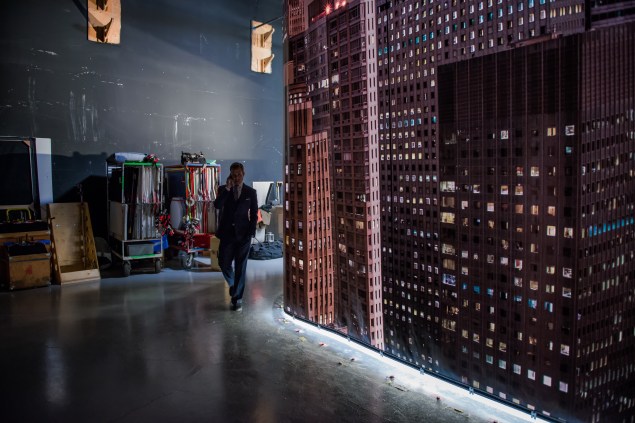 O: Have you ever heard any response from USA, any complaints or anything about breaking the 4th wall?

P:It’s funny because I always worried about that in the beginning and USA was probably worried about it too. I think any TV network, with the rise of Instagram and stuff like that would be worried. There’s a shot of the skyline behind my office on the show, which is actually just a giant photo, and some people just don’t want to know how the sausage gets made. But I think on the whole people appreciate being let into the process a little bit. I think that’s fascinating for people that do want to know about it. 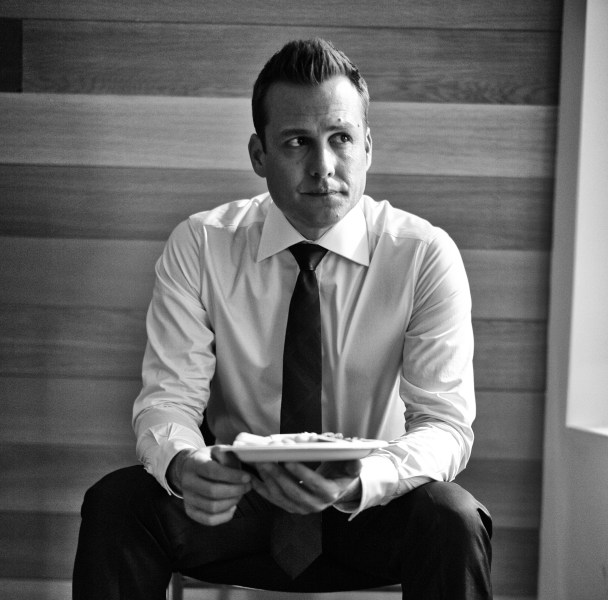 P: Yeah, sure, but it’s a little tough because as an actor my job is to ignore the camera, and then with my camera I get to step outside of those moments and observe them. I don’t know if they’re similar in the process, but I do think the instincts of curiosity is a large part of both. In any art form you have to remain curious about what’s underneath what you’re looking at. So for both an actor and a photographer it’s about being present in a moment, and digging deeper, and asking more questions, being fearless and putting yourself into a potentially uncomfortable situation to get at the truth of what’s going on.

Behind the Lens: A Look at the World of SUITS opens to the public on Friday, January 23rd through Sunday January 25th. All proceeds go to Pablove Shutterbugs. 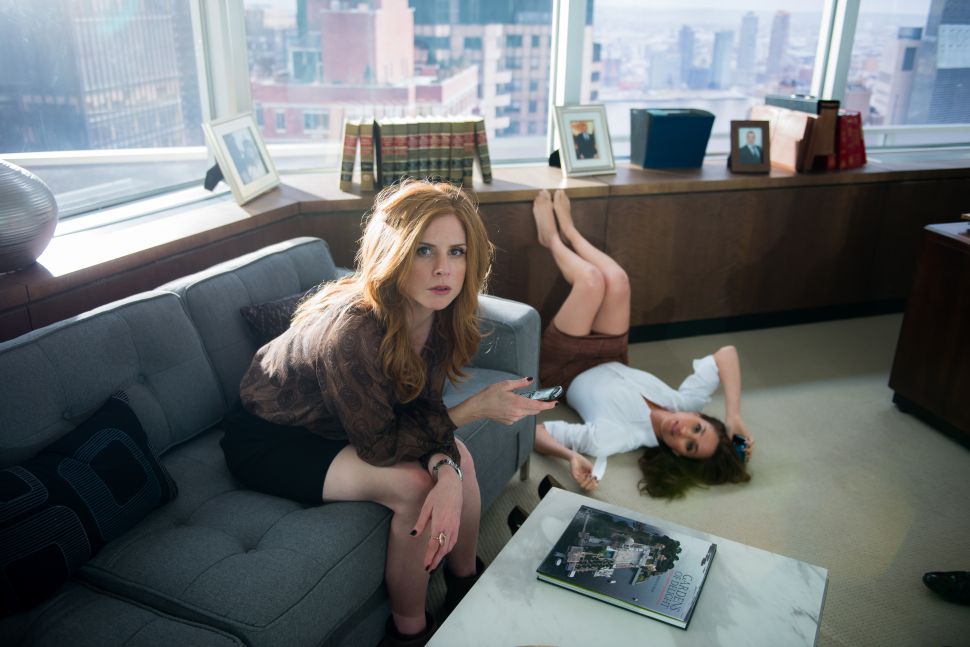