Patrick Lynch, the president of the Patrolmen’s Benevolent Association, will face his first challenge in more than a decade for the top spot in the nation’s largest police union—Brian Fusco, a union trustee from Brooklyn.

Mr. Fusco—a 27-year veteran of the force—complained that Mr. Lynch has not done enough to shield his members or obtain new benefits and equipment during his 15-year tenure.

In particular, the challenger highlighted that many of the 24,000 rank-and-file cops the PBA represents have had thousands of vacation days docked due to minor infractions. He also claimed Mr. Lynch did not do enough to protect 10 union officials indicted and more than 600 disciplined in the 2011 Bronx ticket-fixing scandal.

“Pat gave a great speech outside of Supreme Court that day,” Mr. Fusco said. “At the end of the day, he went off into the sunset and the ones who got crucified are the members and delegates.”

Mr. Fusco argued that Mr. Lynch has a pattern of not matching his raw rhetoric with action.

“He’s all bark and no bite. He gets up there and puts on a good show. He yells and screams and gets red in the face and it all sounds great, but he steps away from that podium and just goes off into the sunset and nothing ever happens,” he said.

Also at the heart Mr. Fusco’s resentment of the incumbent is the five years members have gone without a contract from the city, and the failure to stop former Gov. David Paterson from vetoing the Tier 2 pension law—which allowed new recruits to enter the force under older, more generous pension programs.

“The truth of the matter is Pat was asleep at the wheel,” he said.

Not a major factor, according to Mr. Fusco, is Mr. Lynch’s very public feud with Mayor Bill de Blasio. He said he and his running mates decided to jump in last year, but put off declaring due to the shooting deaths of Officers Rafael Ramos and Wenjian Liu in Brooklyn.

He refused to comment on whether he agreed with the path the liberal administration is forging in regard to police policy, but criticized Mr. Lynch for insisting that the mayor apologize to the department for his allegations of widespread racism.

“He stood there and argued about wanting an apology from the mayor when the truth is our members have thick skins. They don’t need an apology,” he said, adding that he would not discuss his demands of Mr. de Blasio until after the union’s June vote. “When we win this election, we’ve got a lot to say to the mayor, we’ve got a lot to say to City Hall.”

Mr. Lynch, who beat his last opponent in 2003 with 70 percent of the vote, scoffed at Mr. Fusco and his claims while highlighting his own work on behalf of the union.

“There is an irony to the lack of originality in their campaign in that they are running on the very issues that my administration has been and is actively pursuing including the restoration of equal disability benefits for officers hired since 2009, restoring staffing levels to Safe Streets/Safe City levels and designating funding for a regular vest renewal program,” he said in a statement.

“We welcome an open discussion with anyone aspiring to the board of this great union, but we will not tolerate the lies, misinformation and political theater that has been the trademark of their candidacy to date,” he continued.

This story has been updated to reflect that Mr. Paterson vetoed the Tier 2 pension law, not Tier 3, and to include comment from Mr. Lynch. 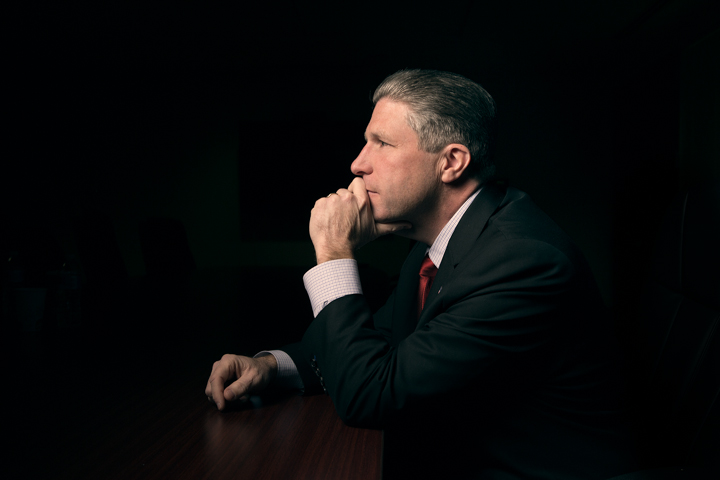