Smith and James were dating, according to a source.

Following her attendance at a promotion party, Smith allegedly tried to run down the Newark South Ward councilman, a veteran of the War in Afghanistan and son of former Mayor Sharpe James. 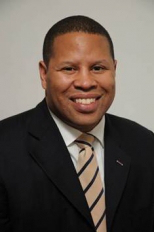