Council members and tenant advocates rallied outside City Hall this morning against the 421-A tax exemption, which was created in the 1970s to encourage construction of affordable housing but which its opponents today claimed has become an incentive for market-rate development.

Five members of the Council’s Committee on Housing and Buildings joined with groups like Make the Road and the Flatbush Tenants Council to demand the repeal of the property tax break. They cited Independent Budget Office statistics showing that the program costs New York City $1.1 billion in revenue a year, while it creates housing they argued is not truly affordable for low-income New Yorkers.

“What we’ve seen is hundreds of thousands of units come, a lot of units for the rich—very, very little housing for the poor,” said Brooklyn Councilman Antonio Reynoso, who represents several increasingly trendy neighborhoods. “The 1970s system is outdated, it is antiquated. We live in a New York City that is booming in housing. Why not just do the smart thing and think of new incentive programs that create more affordable housing?”

The 421-A program is available to almost any new residential building of more than five units. Projects that qualify for the exemption must set aside 20 percent of their units “affordable,” meaning available to those making 60 percent of the federally-set “area median income,” an average of annual salaries in the New York metropolitan area.

A two-bedroom apartment reserved as affordable in a participating development would cost roughly $1,260 a month—a figure advocates argued was still beyond the reach of many residents of up-and-coming neighborhoods.

“Those who are using 421-A, are building in the working-class communities without providing real affordable housing units,” Manhattan Councilman Ydanis Rodriguez said adding that his district contains the highest number of rent-regulated units in the city. “I believe that we have to provide real incentive to developers who are responsible.”

Manhattan Councilwoman Rosie Mendez argued that the money lost through the tax break could be used to provide other forms of relief for tenants.

However, as with nearly all changes to the city tax code, repealing 421-A would require approval from Albany. And while such a measure may have support in the Democrat-dominated Assembly, is unlikely to gain sway in the real estate-friendly Republican State Senate or with fiscally conservative Gov. Andrew Cuomo.

Also in attendance at the rally, which was held before an oversight hearing on the 421-A program, were housing committee members Manhattan Council members Mark Levine and Helen Rosenthal. 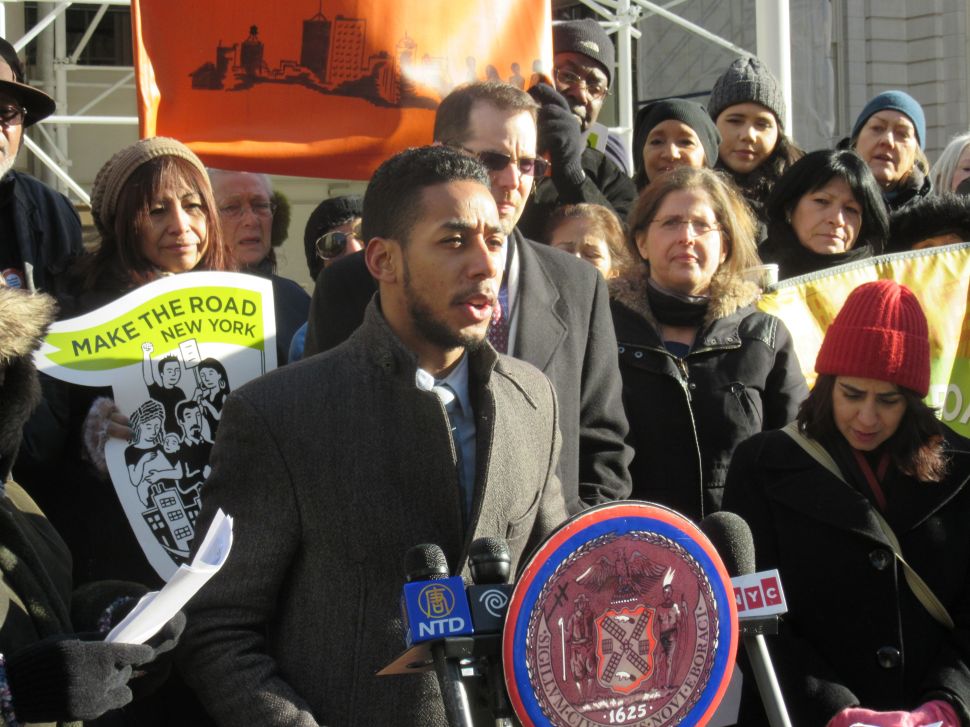