On the surface, it would seem as though Governors Christie and Cuomo have missed an opportunity to bring genuine change to the Port Authority. But their joint veto of a bipartisan, bistate reform package was not, in fact, a missed opportunity. It was a deliberate and cynical maneuver to block reform and to protect their patronage privileges. In the end, neither governor had any intention of shaking up the status quo.

So they didn’t miss an opportunity, because the opportunity never existed. Except, perhaps, in the minds of every state legislator on both sides of the Hudson who fought for the reform package and who surely assumed nobody would stand in the way of such necessary changes.

The reform package would have brought transparency to a famously opaque agency that long ago strayed from its core mission of overseeing and maintaining a regional transportation system. The reforms would have subjected the agency’s finances to carefully delineated auditing standards (amazingly, this is not already common practice) and would have required the agency’s leaders to file financial disclosure forms (ditto).

In other words, the reforms would have made the agency more accountable and less vulnerable to the political whims of the two people who really control it—the governors of New York and New Jersey.

Despite the yearlong headache known as “Bridgegate,” Mr. Christie and Mr. Cuomo decided that they rather like having an unaccountable agency at their beck and call, and so they torpedoed a piece of legislation that passed without a dissenting vote in both Trenton and Albany.

But it gets even worse. In their attempt to impose the wrong kind of change at the Port, the two governors have proposed the elimination of late-night and overnight service on the PATH trains that link Jersey City and Hoboken and other towns to Manhattan. Mr. Cuomo might have good reason to seek the elimination of this critical service: After all, he has no interest in making New Jersey even more appealing to current New Yorkers looking for more-reasonable rents and mortgages. But Mr. Christie’s support for the service cuts is, in a word, appalling.

Jersey City and Hoboken have attracted young high achievers who have given their respective cities a nighttime vibe that would have been unimaginable a quarter-century ago. What’s more, the waterfront neighborhoods of these two cities are filled with ambitious people who set out for work before the sun comes up. All-day, all-night PATH service is critical to both cities. And yet Chris Christie seems willing to scuttle the service, claiming that it costs too much (about $10 million a year, for an agency with an annual operating budget of more than $2.9 billion).

Jersey City Mayor Steve Fulop characterized the proposed service cut in words the blunt-speaking Mr. Christie should appreciate. “This is one of the dumbest ideas that has been proposed in the last six years,” he said.

To which we can only reply: Why only six years? 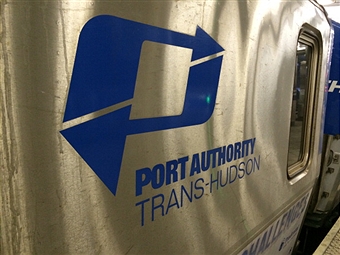