We at the Observer have from time to time found ourselves involved in one way or another in Kickstarter campaigns. But we would certainly pause if we’d recently entered contract on a $2.499 million six-bedroom townhouse in brownstone Brooklyn, before prevailing upon friends and relatives to shell out $25,000 to fund our “short drama-comedy about 4 friends” navigating the aftermath of loss. (Tag line: “Sometimes people don’t handle grief the way you expect them to. And sometimes it’s not about you.”)

Eiseley Morgan Jamison Tauginas (seriously now, folks), the co-writer/star/producer of the above-described fundraiser/film and a former model and assistant editor at BlackBook, however, doesn’t appear conflicted. She and her husband, Nicholas A. Kotchoubey, a Wall Street type, just closed on a stately 1931 brownstone at 69 Lefferts Place, in Clinton Hill, according to city records. (You can get in on the Kickstarter campaign, each of whose donors is promised “a full slow clap every time we see you in the next year,” in addition to other goodies, through March 1st.)

If the party photographers’ archives are any indication, the happy couple have quite a crowded dance card, and Brooklyn warehouse parties do not appear to figure prominently. Anyone for the C Train?? Just kidding. One simply doesn’t take the subway to Private Recitals and Champagne Receptions at the French Consulate, or to the Wildlife Conservation Society’s famously raucous Spring Gala—to say nothing of the Russian Nobility Ball at the Pierre, on whose guest list the pair appeared in May as Honorary Chairs of the International Committee, alongside such modest personages as T.I. and R.H. Archduke and Archduchess Géza von Habsburg, Count and Countess Andrei Tolstoy-Miloslavsky and a host of princes and princesses. (The Kotchoubeys were practically the only couple stuck with plain old Mr. and Mrs. in front of their names; how perfectly mortifying!)

Their new house, though, is full of beautifully-preserved details and hard wood, soaring ceilings and big arched doorways, original mantels and intricate molding. It stands, according to the listing held by Maria Vitagliano, of Ideal Properties, atop “a vast, park-like” lot. Just like Versailles!

Currently configured as an owner’s duplex and a pair of floor-through apartments above—and sporting some dated-looking kitchens and bathrooms, besides—the house could probably do with some work. But hey, what are Kickstarter campaigns for? 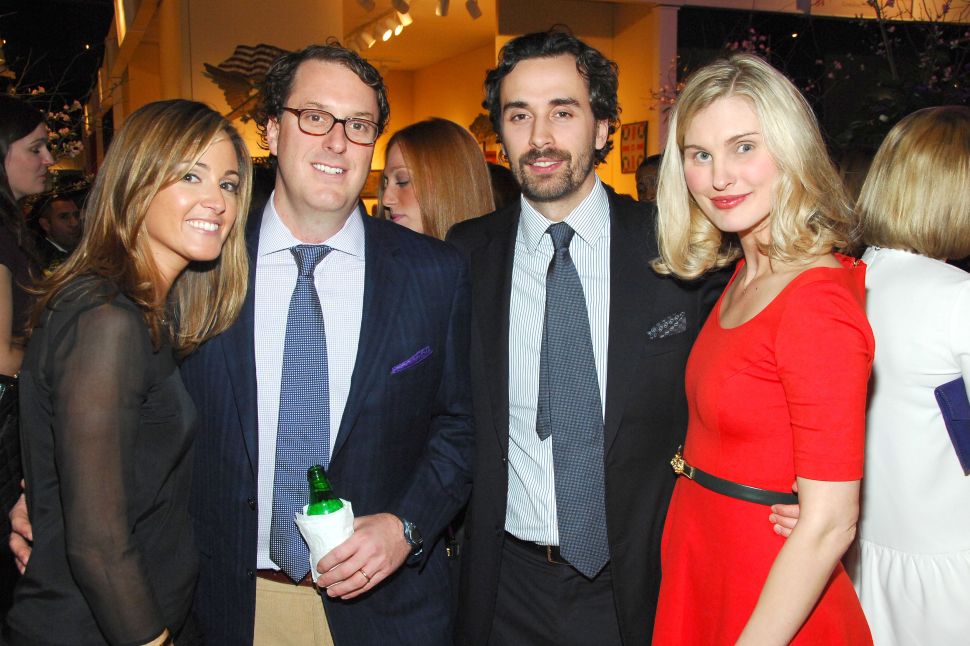