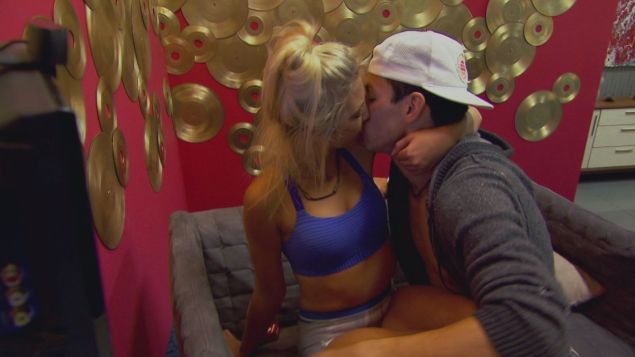 Tony’s type of woman is every woman (MTV.com)

Tony, Tony, Tony, Tony, Toni, Tone, Toenail, Topo Gigio, Tony the Tiger, T-O-N-Y (Top Of New York). When we last left off, To-nay and Madison had just consummated their two week roommationship with some sex. There’s a knock at the front door. Who could it be? It is Skeleton Elizabeth, Tony’s ex-girlfriend-but-maybe-not-ex-girlfriend. Tony does not look happy to see her. But why wouldn’t Tony be happy to see Elizabeth? He still talks to her on the phone regularly. Well, that doesn’t mean much. He still also regularly talks on the phone to his ex-ex-girlfriend, Alyssa, too. Tony called Alyssa a stalker but then invited her to come visit. Tony also invited Elizabeth to come visit. Then Tony had sex with Madison. Then Tony got mad when Elizabeth showed up and visited.

Tony is mad that Elizabeth used this opportunity for a free trip to Chicago. The roommates are mad because Elizabeth seems to really be trying to earn her Princess nickname. Madison is upset because she has been put in a terrible situation. Even though nobody seems to really like the Skeleton Princess, they all go out for her birthday. Tony decides the best tactic is to ignore Elizabeth because he needs Tony-time. Tony-time is the new Greenwich Mean Time. Sweet Madison, who is determined to be nice to everyone’s enemies, tries to get Elizabeth a drink. Elizabeth tells her to beat it with a scowl that would melt the statues of the men turned to stone by the Gorgon sisters.

Back at the house, Madison is upset because the girl whose boyfriend she slept with was mean to her. Sylvia will not stand for this so she throws all of Elizabeth’s stuff over the balcony. The balcony is the best addition to the Real World this season. I suggest all future seasons have a balcony. Then once a week, there will be an American Gladiators-style competition between the roommates. A cast member will be selected and must defend the balcony. One at a time, the rest of the roommates take that person’s stuff and try to throw it over the balcony. If it goes over, that roommate is eliminated. If not, they get to go to the final round and face Two Scoops in The Eliminator. Spoiler alert: Nicole wins. V kills Nitro and wears his skin like a cloak.

Tony and Elizabeth discuss Tony and Elizabeth’s behavior. Tony tells her she didn’t need to piss off every single roommate. Elizabeth tells Tony that he doesn’t need to be out here partying and going crazy. Tony explains that she doesn’t know his struggle. He had to be the man in his house for his family so he’s having the fun now that he didn’t get to when he was younger. Fair. But he is juggling women as if they were tennis balls and chainsaws. The next morning, Tony goes to work. Elizabeth feels bad and wants to apologize so she heads over to his job. Along the way, she is nearly blown away by a rainstorm. Even the umbrella wants to get away from the Skeleton Princess.

While Tony and Elizabeth are out of the house, a second guest appears. Her name is Skeleton Alyssa and she is Tony’s other ex-girlfriend. Two Skeleton Tony. Skeleton Alyssa immediately befriends the roommates with her dislike of Elizabeth. Even though she knows that Madison is the one “smashing Tony,” she’s still nice to her. Tony’s reaction to walking in and seeing Alyssa is priceless. He basically reenacts the revolving door scene from the Perfect Strangers intro. *Tony walks in the door* Alyssa screams hi! *Tony walks out the door and back into the storm*. Then he says, “when it rains it pours.” Perfect moment. Elizabeth won’t even go inside because she is terrified of Alyssa. Skeleton Alyssa has quite a reputation. Actually, everyone involved has quite a reputation. Whether these are deserved, we shall see.

When Tony is with two or more of the women, he gets flustered and starts to repeat his words. But when he is only with one of the women, then that is the one he wants to be with. Tony lives only in the reality of the moment that is right in front of him. There is no other time than Tony-time. He is not a liar because everything he says is true. He does want to be with you. And he also wants to be with you. And you. Because you are all his type because everyone is his type. Tony is Keyser Soze facing the bulletin board, putting his story together from the elements right in front of his face. Tony will admit he lied to you, because you made him lie to you so therefore he told the truth. Tony’s nickname for Elizabeth is Princess. Tony’s nickname for Alyssa is Queen. Tony is the King of his own magical realm. At the end of the episode, Tony is outside alone with Alyssa and they make out. Tony has hooked up with three of his roommates within a 48 hour period. Keep those Skeletons coming. 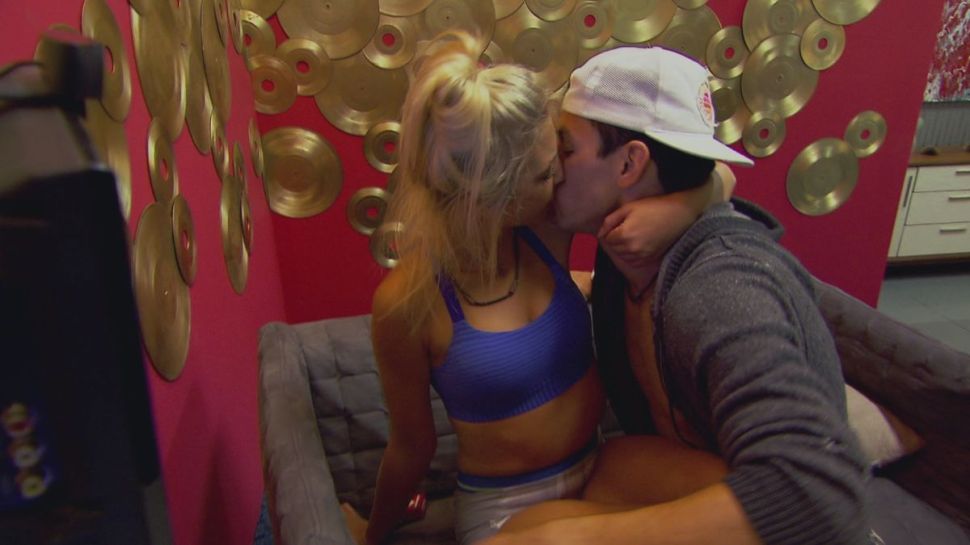