The horrific events in Paris have underscored the obvious: there are dangerous people in the world committed to killing us. And we must be able to prevent – or at the very least defend against aggressors. Less obvious is the dangerous truth that budget cuts are seriously eroding our capabilities.

For the first time since the end of World War II, the United States won’t have an aircraft carrier in East Asian waters. Defense funding shortfalls have dictated a four-month gap between the departure of the USS George Washington from its homeport of Yokosuka, Japan and the scheduled arrival of the USS Ronald Reagan. The George Washington will then be out of service for three to four years while it undergoes nuclear refueling and refurbishment.

Though the US Navy says their concerns are overblown, the foreign media in the region have given the story a considerable amount of attention. One reason for our allies’ concern is their profound unease about China’s intentions. A recent poll by the Pew Research Center found that 93% of Filipinos, 85% of Japanese, and 83% of South Koreans are worried that China’s territorial ambitions could lead to military conflict. And significantly, those concerns have become more pronounced since Pew’s similar survey a year earlier.

Funding shortfalls are having other disturbing consequences. Retired Vice Admiral Peter Daly, CEO of the United States Naval Institute recently told a gathering in Washington that “given the current glide slope, in a year we will only be able to deploy two carrier groups” worldwide, even with 30 days notice. That is down from three currently, and five carrier groups just a year ago.

The Coast Guard’s Deputy Commandant for Operations, Vice Admiral Charles Michel told the same Washington gathering that his service had the resources to intercept just 25% of identified and confirmed major illegal drug shipments in the Caribbean.

The sea services aren’t the only branches being strained by spending levels. The Air Force’s top officers have noted that our air fleet is the smallest and oldest in the service’s history. General Philip Breedlove, the Supreme Allied Commander of NATO, even went so far as to say that he is not sure the United States can maintain air supremacy in a major conflict. Congressman Randy Forbes, Chairman of the House Armed Services Subcommittee on Seapower and Projection Forces, points out that air supremacy accounts for much of the difference in American lives lost between Vietnam and more recent conflicts. In one month, March, 1968, the United States lost 156 aircraft and 250 airmen over Vietnam, yet in the entire 1991 Desert Storm operation, America lost a total of only 23 aircraft and 147 lives. Evidence, says Mr. Forbes, of the life-and-death impact of air supremacy.

General Ray Odierno, the Army’s Chief of Staff recently testified that not only have we moved away from the long-held strategic objective of being able to fight and win two wars simultaneously, he is not even sure—given our current manpower levels—that we could win one. And, he noted, he didn’t see peace breaking out around the world.

These diminishing capabilities may seem shocking in light of the military spending agreed to in the recent omnibus $1.1 trillion spending bill just agreed to by Congress. Fully $591 billion was for defense, of which $94 billion was for “military construction and upgrades.”   This raises the question, “How much is enough?”

Let’s assume that is true, even though it is highly misleading to compare military budgets with the second and third largest spenders – China and Russia – who do not pay their conscripts anything close to what we pay our all-volunteer force. (Personnel costs account for 24% of America’s defense budget.) China’s military spending in 2014 is estimated at $185 billion, or 2% of its GDP. It has committed double-digit increases to its defense spending almost every year for the last two decades. Similarly, Russia’s military spending, about $85 billion this year, is 4.5% of its GDP and increasing. (By comparison, U.S. defense spending is 4.3% of GDP.)

So yes, we spend more on defense than do our major frenemies. The right question we should be asking is, “What is it that we don’t want to be doing in the world?” Many people on the left, and more than a few on the right, believe we should not try to be the world’s policeman. And, they argue, we certainly shouldn’t try to impose western democracy on former dictatorships. But hewing to those lofty goals in light of immediate problems is trickier: Should we not send bombers in to stop ISIS on behalf of the Yazidis? Should we not attempt to rescue kidnapped journalists and aid workers? Should we not ensure that the shipping lanes of the Strait of Hormuz – which accounts for 30% the world’s oil shipments – remains free? Or the Strait of Malacca, which sees 40% of the world’s trade?

So how can we pay for what we need? The debate shouldn’t be guns versus butter. Without real security, all the social programs we might want are meaningless. Similarly, spending so much on defense that we cannot take care of our neediest or be the nation we want to be is unacceptable.   The phrase “cutting waste and inefficiencies” is overused.   But the defense department has several truly inefficient and outdated programs. There are three areas in which we can begin a real debate in order to gain better control of defense spending.

The first is our system of weapons acquisition: it is broken. Shipbuilding offers a dramatic example. Cost-overruns have limited the number of ships we can afford to build because far too many people have the authority to make changes in design and requirements even after construction has begun. Some 40 different offices in the Navy Department had the authority to dictate design changes to the Littoral Combat Ship program. This led costs to rise from $220 million per hull, to about $457 million per ship, since even simple changes in one area often result in cascades of other changes throughout the ships. Such lunacy must end. Program managers must stick to agreed-upon performance requirements and the resulting design, and not be tempted by the lure of new technologies or the threat du jour.

Similarly, defense industry leaders must have the incentive to say, “Sorry Admiral, that is a really bad idea.” Currently, defense contractors have little reason to push back against ever-changing program modifications. Under the current procurement system, when unit costs go up, defense contractors typically see reduced orders. But their overall revenues and margins do not change. It may be time to impose a margin penalty tax on contractors who agree to post-construction design changes. They need to have more skin in the game.

The third area where change is long overdue is retiree pay and benefits. Of the $150 billion allocated this year to military compensation, about $90 billion goes to salaries, housing and allowances. The rest goes to retirement and healthcare – much of that for retirees. This latter category is one of the fastest growing segments of the defense budget.

The military retiree community has lobbied hard and effectively against any changes to the current system—even for people who have not yet joined the armed forces. Yet the current retirement system, which allows fully vesting after just 20 years of service, was created in the mid-1800’s—when life spans were far shorter. We are paying military people to leave the service in the prime of their career. It makes no sense. This is not to suggest changing the rules for those currently serving, but to begin taking control of such costs as new personnel join the armed forces.

To have the military we need requires shared sacrifice, and will be painful to accomplish. But not to do it will be more costly and more painful to us as a nation. 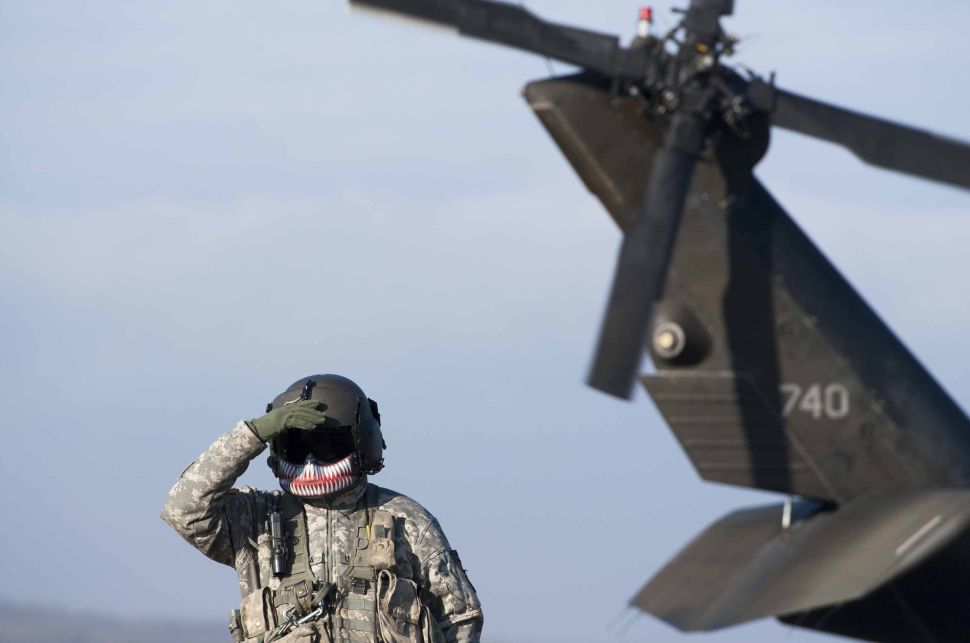