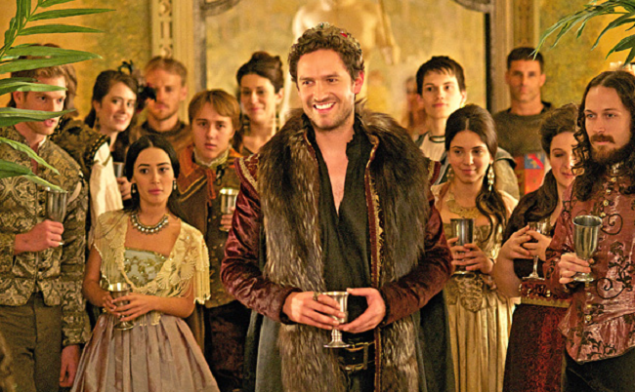 Do you guys remember back before the CW was the CW? I’m talking about about the salad days of this fledgling network when it was called the WB  and the crown jewel in its primetime lineup was a furiously overwritten little teen drama called ‘Dawson’s Creek?’ More specifically do you remember when an attraction between Joey (pre-Cruise Katie Holmes) and her attractive co worker Jack (an adorable young Kerr Smith) acted as a roadblock between Joey’s relationship with Dawson? Do you remember how fans started liking Joey with Jack way more than they liked Joey with Dawson, mainly because Jack was sensitive and fresh faced and Dawson was the worst kind of entitled manbaby “nice guy” who felt an inexplicable entitlement to Joey despite the fact that he wasn’t in any way remarkable. So, to solve the problem of Jack being a more likable boyfriend than the show’s main character, the writers ended up having Jack come out of the closet. There you go. Problem solved.

Well, the writers for ‘Reign’ are going to have to figure out a similar deux ex machina for Lord Conde, because in “Getaway,” he has downright smoldering chemistry with Mary while Francis is exuding all the sexual heat of a damp pile of laundry. Sure, the show is setting up a betrayal for when Mary eventually finds out that Conde has been tasked with spying on her husband by his brother Antoine. the King of Navarre, but it’s definitely going to take more than that to override his unbridled sex appeal. He’s going to have to stab a baby to end up to seem less appealing than Francis. Even still, he’s one nice tall drink of baby stabbing water. I mean, have you seen his eyes?

Getting back to Francis, things are still frosty between him and Mary. He’s overbearing trying to insinuate himself back into her life while she’s still recovering from the trauma of her assault. But the rift in their relationship has to take a back seat to the mass hanging of Protestant upstarts bearing the mark of the Dark Riders. The Vatican dispatches Cardinal Perazzo to Court in order to contain this mass uprising. As you’ll remember Conde has been branded with the offending mark, so Cardinal Perazzo calls for his arrest. However, Mary comes to his aid and whisks his away to Antoine’s palace under the guise that she’s traveling to another estate to get some alone time. She certainly doesn’t get much in the way of alone time at Antoine’s since he tends to party like a Roman emperor and tries to play some kind of ‘Eyes Wide Shut’- style version of a middle school make-out game by pairing together partners he thinks have secret crushes on each other for some exhibitionist romps in plain sight of all the party guests. Antoine seems like the kind of guy that is constantly trying to lure female third parties into threesome under the guise that it’s just a ski trip or a yoga retreat when the female third party totally knows he’s trying to lure her into a threesome and is completely repulsed. Anyway, the party scene definitely enhanced the tension between Mary and Conde. I realize that this show likes to advance plots quickly, but putting the emphasis on another Mary love triangle so soon after her rape feels off-putting.

Anyway, Antoine sets Conde up with another partygoer who has been lusting after him for years, because, duh, look at him. He politely shoots her down saying that he’s in love with someone else, but she’s like “second best is fine with me” and lays a sexual airstrike on his that will surely bite him in the ass in a few episodes.

Back at Court, Bash and Francis know that the brands of the Dark Riders were most likely placed on the bodies. They also know that they’re dealing with an ambitious Cardinal who has his sights on becoming Pope, so he’s driven when it comes to arresting and hanging Conde. However, he also has a not so secret relationship with his male cleric that Bash and Francis exploit. So, Bash and Francis inflict the offending brand onto the Cardinal’s gay lover, forcing him to either have his boyfriend executed or give up his crusade on punishing anyone with the Dark Riders’ mark entirely. Ah yes, the old brand the wannabe pope’s secret gay lover with a heretic’s mark gambit maneuver. It’s the oldest trick in the book. Conde probably wished he knew Bash and Francis were doing this before he let Mary burn the mark off of his chest with a sword she heated up in a fire. However, Conde’s burned and mangled flesh seems to have hit the gore quota this show apparently instituted recently. So, well done.

This episode gave Bash a lot to do and let’s hope that keeps up for the rest of the season as well as the next season since ‘Reign’ miraculously got renewed. Congrats, everyone. Here’s hoping you guy’s get to the bitter end of this story, which unfortunately means the widowed Mary’s head gets placed on a chopping block. Really can’t stress that part enough, but I digress. When we first catch up with Bash, it’s in the middle of a hot tryst with Kenna, who for some reason, insists on killing the vibe with her petty jealousies over seeing him cradle the ailing Claude in his arms before the midseason break. Bash reassures her that she has nothing to be jealous of, but then insists on demoting their relation from sister to “half sister.” Like it makes a damn difference. Way to sow those seeds of marital discord, you goddamn sexy idiot.

Meanwhile, Catherine is rubbing her ass against the ghost of King Henry all ‘Red Shoe Diaries’- style as she cooks up poison for Claude. Every time I see Megan Follows have to act her ass off in a scene putting her in a completely ridiculous situation, I feel for her. Although she can act rings around almost anyone on ‘Downton Abbey’ she’ll never get the award recognition she deserves because she’s hidden away on what is essentially a glorified nighttime soap instead of the typical award bait prestige drama. There should be a special Emmy for actors who give exceptional performances despite the fact that they have to sell a completely ludicrous scenario on a show that is clearly beneath them. She was “Anne of Green Gables” for Pete’s sake!

While Catherine is bringing the poisoned soup to the still ailing Claude, Kenna crosses paths with Catherine and manages to smell the poison in the soup the same way that Hannibal Lecter managed to smell cancer on Bella Crawford. Kenna manages to thwart Catherine’s attempt on Claude’s life who then thanks Kenna by telling her that she had an incestuous affair with her husband back in the day. She’s a peach, that Claude.

Despite the fact that Catherine is losing her grip on her sanity, she confronts Claude about murdering her twin daughters but Claude denies it. Catherine seems to forgive her daughter as she watches the ghosts of the twins and Henry vanish into the ether. Hopefully, this is the end of delusional Catherine and next week will bring the back cunning and calculating Catherine, but my optimism is cautious at best. With my luck, she’ll probably end up having a ghost tea party with all her dead relatives when the show returns.

The show ends with Mary reconsidering her decision to lead “separate lives” and returning to Francis only to find him asleep next to Lola with their young son in between them. Mind you, both he and Lola are completely clothed and not even touching in this chaste plot contrivance, but still, it’s enough to put Mary off.

Also, Greer was around. She and Lieth had some brief tension. Big whoop.

There was no Narcisse this episode, but he was surely plotting out how he is going to take down Francis while stewing in his cell. 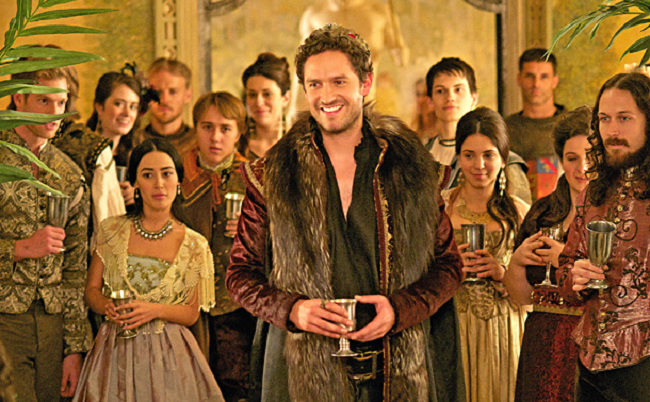