U.S. Rep. Chris Smith’s (R-4) comments on gay rights this week earned him a rhetorical beating from the left — but now, he’s hearing it from his own party.

After being hammered by human rights groups and Democratic organizations in New Jersey for saying that he does “not construe homosexual rights as human rights” at a Wednesday House Foreign Affairs subcommittee on Africa hearing, Smith was battered by Republicans in the state today for the quip. In a letter “calling into question” the congressman’s stance on the matter, the Board of Directors of Equality GOP NJ said Smith’s comments stand “completely outside the recognized global human rights framework,” and demanded he “look inwardly and revisit his recent remarks and his current line of thinking.”

“Despite Congressman Smith’s views on civil marriage equality, the Board of Directors of Equality GOP New Jersey have long respected his outstanding record on Human Rights and his courage to fight a just fight for the good of humankind and to promote the dignity and welfare of human life.

Mr. Smith’s recent remarks. however, are completely outside the recognized global human rights framework, inconsistent with his solid pro life record, contrary to Catholic teachings regarding violence against LGBT people, and not at all reflective of the values of equality and inclusion that have been the bedrock of the U.S. Republican Party and the values of life and liberty that have been the foundation of American democracy.

The U.N. Declaration on Human Rights — and the numerous covenants and instruments that have emerged from it — apply to women, indigenous peoples, people with disabilities, children, and LGBT people EQUALLY and WITHOUT EXCEPTION.

There is no greater violation of an individual’s human rights and no more tangible a threat to human rights universally than state-sanctioned violence against a living human being based on sexual orientation or gender identity.”

Smith, who is wildly popular in his home district, which includes much of Central Jersey, is nevertheless a strong social conservative, staking out deep stances against issues like abortion and marriage equality. He’s been a prime mover on legislation aimed at banning both, and last week played an instrumental role in getting passed legislation to cut off federal funding for abortion and health insurance plans that fund the procedure.

But it was his comments on gay rights that earned him the most spotlight this week, with groups like the Human Rights Campaign criticizing the Republican for the anti-gay sentiment. On Tuesday, the Lesbian Gay Bisexual Transgender Caucus of the New Jersey Democratic State Committee excoriated Smith over the comments, calling them “close-minded and “appalling” and demanding he apologize.

Smith’s comments are seen as especially insensitive because he chairs House Foreign Affairs’ Subcommittee on Africa, Global Health, Global Human Rights, and International Organizations —a “position from which human rights should be defended, not attacked,” the LGBT caucus said.

Moreover, Wednesday’s meeting was held on a day when 12 men were reportedly arrested for attending an alleged LGBT wedding in Nigeria. Smith also drew fire from critics for insinuating that opposition to anti-LGBT legislation negatively impacts the U.S.’s ongoing relationship with the battered country, where the rogue terrorist group called Boko Haram has continued its rampage over the last several months.

“This is a sad moment for Equality GOP NJ and for Republicans generally. This moment offers a critical lesson in how a few words uttered by an elected official who is highly respected and who holds a position of such authority and influence can have global consequences. Sometimes, however, a moment of shame can become a springboard of opportunity and greater courage.

A number of E-GOP’s leaders have stood with Congressman Smith over the years and supported his  congressional career actively. Now it’s time for Congressman Smith to look inwardly and revisit his recent remarks and his current line of thinking.” 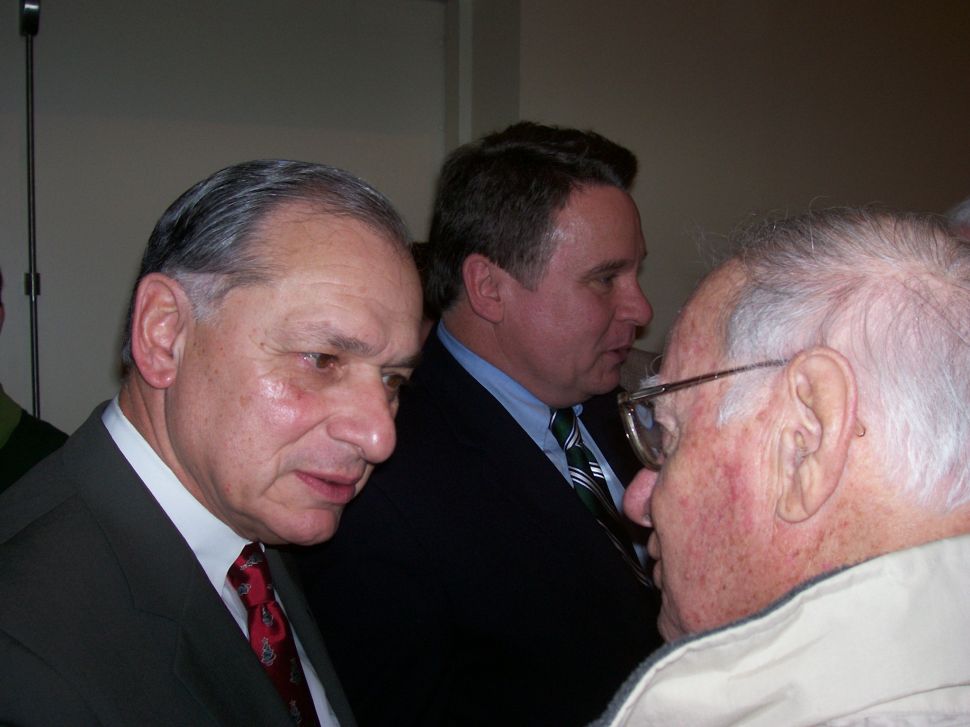