It’s challenging to pick up after several weeks off when you’ve killed the handsome and occasionally accidentally British Daniel Grayson, but this week’s Revenge pulled out all its crazy to get the job done. Daniel is dead, David and Victoria hate each other, and Jack shot the first woman to break his dry spell since Margaux let him cop a few pity feels. But all this takes a backseat to covering up Kate Taylor’s death because she has a really scary dad (aka Malcolm Black). This means framing Emily for killing Daniel in self-defense, which no one is buying – except for maybe Alvarez, who is too busy trying to bang Victoria to really care.

Of course wannabe detective Ben is at the center of this investigation, and he cares too much. Him resurfacing just as Daniel’s body is taken away reminds us of how cruel Revenge can be. Why couldn’t you take Ben instead? Because we need someone to hate and Charlotte is away.

When it comes to disappointing the father she thought was dead for most of her life, Emily is really making up for lost time. Not only did she intervene when he told her to stay out of it, she got Malcolm Black’s daughter killed and put a target on everyone’s back. Em ate more crow when David told her that he was about to murder Victoria until she made this mess. It’s a real “I’ll turn this car around,” situation, if that car was going to run over V.

Since the women in his life wont stop intentionally and unintentionally trying to ruin it, David forces Emily and Victoria to babysit each other. This allows Em to sit back, relax and listen to Margaux tear through the house accusing her of cold-blooded murder. Victoria won’t back up Margaux’s accusations, but backs her up when it comes to banning Em from Daniel’s funeral.

As usual, if it hadn’t been for Nolan’s barely plausible hacking abilities, everyone would be dead. Between his catchphrases, outfits and inexplicable technological capabilities, everyone needs a Nolan in their lives. Louise is going full hog on this principle by moving in with him, and fans lose a Dangaux while gaining a Lolan.

If nothing else, their chemistry provides a fun counterpoint to everyone shooting each other.

Can we just take a moment to reflect on how far Louise has come? This psych ward regular has managed to turn into one of the most likeable characters on the show, even after she tried to kill Margaux in a steam room because a hallucination told her to. Now she’s softened into future Real Housewife who enjoys baking and anxiety meds. She’s the best.

Emily is as cocky as she is sloppy and almost gets caught in everyone’s lies. Jack attempts to intervene the dumbest way possible, by arguing about their conspiracy right in front of the police station, as if that wouldn’t raise any suspicions. Luckily bonehead Ben is on the case and all she has to do is cry to make him too emotionally uncomfortable to press on with the investigation. It’s like getting out of detention.

When Margaux finds out that Emily got off, she vows to destroy her. But for real, what is she going to do besides write an article? Having a baby when Em can’t is Marg’s best source of revenge, and thanks to Ben’s big mouth, she didn’t have to wait to grow a baby bump to use it.

The real threat isn’t the cops or Margaux, it’s Malcolm Black who, despite Nolan and David’s best efforts, was not killed or diverted to Miami. He is frightening, foreign and very close by. He’s also kind of conflicting considering that his first move was offing the awful Alvarez. It’s hard not to like that about him at the very least, even if he is pure evil. 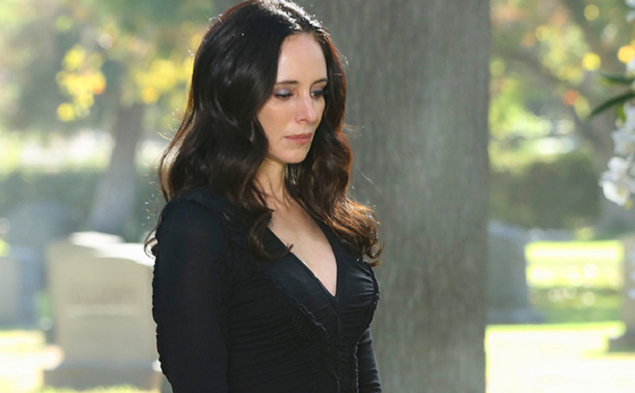