As the Golden Globes kicked off awards season in L.A., social New Yorkers were forced to amuse themselves at an edited roster of soirées.

“I didn’t get to see much of Amy and Tina, but I loved George Clooney’s speech,” two-time Oscar nominee John Lithgow told us in the elegantly retrofitted foyer of the Lyric Theatre the day after the Golden Globes. He was being honored at The New 42nd Street Gala for his many contributions to the stage world. “That is usually the worst speech of the evening, because when you’re honored you never know when to stop,” he cautioned. “It’s very likely to happen to me later on, but George was so eloquent, funny and charming.”

“I’m here to celebrate him!” cooed Kelli O’Hara with a nod at Mr. Lithgow before telling us that she had skipped the Globes for quality time with her kids. Instead, we asked her all about her début at The Metropolitan Opera in Franz Lehár’s The Merry Widow.

“It was a dream come true,” she gushed about the experience alongside soprano Renée Fleming. “I got my degree in opera so it’s been surreal.”

For our next event, Shindigger joined The Cinema Society, Montblanc and Dom Pérignon for a screening of Sony Pictures Classics’ Still Alice, which stars top Oscar contender, Julianne Moore.

“It feels great!” Ms. Moore laughed as she entered the Landmark Sunshine Cinema, on the topic of her Golden Globe victory two nights prior. “Honestly I’m absolutely thrilled. I kind of can’t believe it,” she giggled, shifting stances elegantly in her cream Alexander McQueen jumpsuit and Fred Leighton baubles.

“What was a highlight of the evening?” Shindigger wanted to know.

“Just drinking is always a highlight when you’re finally done and don’t have to talk anymore. You are actually able to relax and have a glass of wine,” she dished. “I was with my husband—he was great and really excited for me. But we had to get up really early Monday morning to make my son’s game,” Ms. Moore divulged, suggesting that the partying didn’t get out of hand. Naturally, she looked as fresh and pert as ever.

“I don’t have any personal experiences with Alzheimer’s disease (the subject of Still Alice),” the Oscar nominee admitted. “I’ve been very fortunate, but I really wanted to take the time to do the research,” she said, detailing how she studied with clinicians, doctors, patients and caregivers to prepare for the role. “It’s not fair to make it up” she added, “too many people are dealing with disease.”

Ms. Moore then posed with her co-stars, Kristen Stewart and Kate Bosworth, as well as the director Wash Westmoreland, and the author of the book from which the screenplay was adapted, Lisa Genova.

A few hours later, guests including Trudie Styler, Sting and Laverne Cox were enjoying gracious fills of Dom Pérignon and fine Italian fare at White Street, though Alec Baldwin failed to show up.

There were very few no-shows last Thursday night downtown for Amy Sacco’s big birthday bash at her fabulous drinking den, No. 8. The nightlife doyenne celebrated with RHONY’s LuAnn de Lesseps and Carole Radziwill as DJs spun and the rowdy revelry continued deep into the night.

“All the fun is in the mix—from the cocktails to the crowd to the crazy. You never know what’s going to happen!” the birthday girl reasoned sipping on her Casamigos cocktail and shaking her groove thing in a clingy black frock. “But you are guaranteed consistent quality of magic!”

It appeared as though the later it got the louder the disco blared and the faster the dancer on the bar twirled. “Everyone knows where to find me and if they don’t know disco, then they don’t deserve to get in!” Ms. Sacco shouted with a shimmy and smile.

“It’s all about the energy and vibe,” added Michael Fragoso, brand manager for the hotspot. “Amy’s personality fills the room and is always exciting. Our instagrams are legendary…” 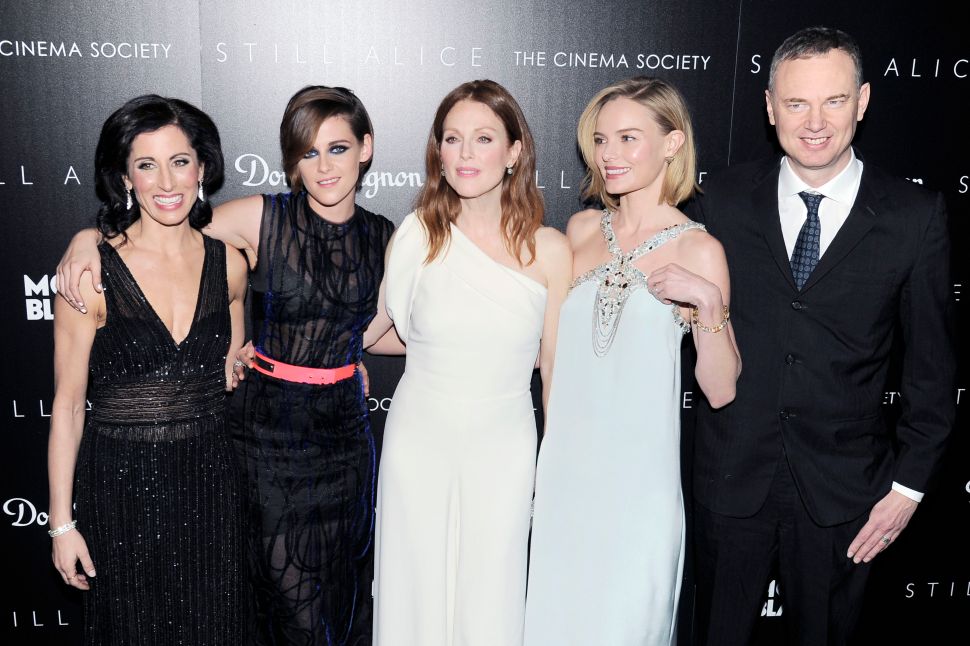