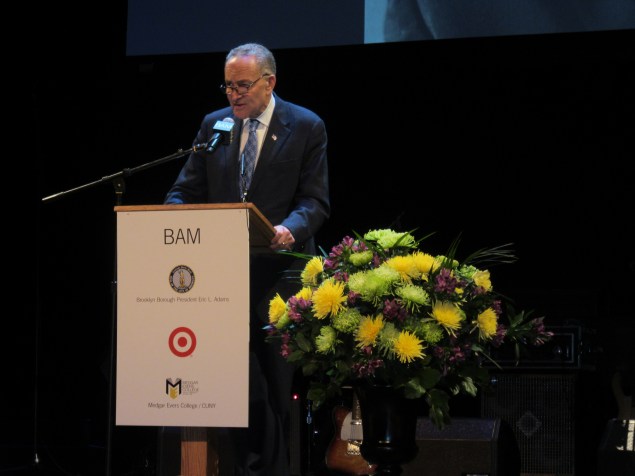 Recalling Dr. King’s struggle to eliminate Jim Crow statutes that limited African-Americans’ access to the ballot box, Mr. Schumer—speaking to a largely black crowd at the Brooklyn Academy of Music—argued that the fight is not yet won.

“There are many initiatives, in Washington and around the country, in states not just southern but northern as well, that are attempting to take away that right to vote,” he said.

The lawmaker cited anecdotes of more voting stations at polling sites in suburban Ohio than in inner-city Cleveland, and an incident in Pittsburgh where some voters received notices on official state stationary falsely informing them that Election Day had been changed to Wednesday. Both, Mr. Schumer claimed, are part of a larger conspiracy to prevent blacks from voting.

“This is the kind stuff that’s going on,” he said. “State after state, they’re trying to take away the right to vote.”

Mr. Schumer added that he is trying to pass a federal statute against disseminating misleading information about voting. He then read a passage from the civil rights leader’s famous ‘Letter From a Birmingham Jail,’ which castigated those who encouraged blacks to “wait” for equal rights. 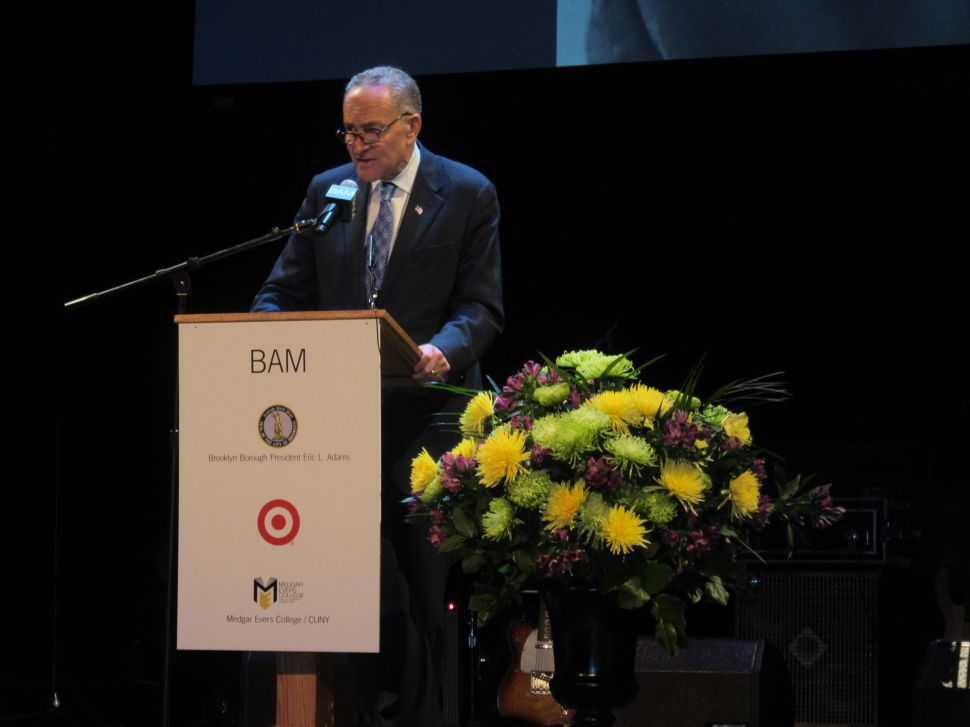