“Women and men were not created equal,” reads the website for a new app, Toothpick. “So why should they be tipped like they are?”

The app, which launched today, is a tip calculator that recommends giving female servers less money than their male counterparts. Once users enter their subtotal and rate the quality of service, they’re asked about the gender of their server; if the answer is “female,” Toothpick takes a “gender deduction” from its final calculation.

If that sounds outrageous, unfair and wildly sexist, it should.

That’s because Toothpick, in proposing such a blatantly unjust tipping system, is actually trying to draw attention to the very real gender wage gap that exists today in the U.S.

“For some of you, this new standard of tipping may take some getting used to,” the site continues. “But here’s the thing. In the United States, women and men are not persons of equal stature. Check the Constitution yourself. In the workplace, on average, women get paid 22 percent less than their male counterparts.”

Viewers are then directed to a petition, directed to the White House, to make the Equal Rights Amendment part of the U.S. Constitution.

The stunt was devised by the team at Miscellaneous Mischief, a group that, by their own description, “cause[s] scenes on the Internet.” Member Gabe Whaley, who’s leading the Toothpick project, told the Observer he wanted to make the app “as offensive as possible.”

“Let’s make everyone extremely mad—let’s piss everyone off,” he said. “Then that anger can be channeled toward creating change.”

“It’s not the app you should be mad at,” Mr. Whaley continued, “it’s the status quo.”

Is Mr. Whaley worried, we asked, that people would misunderstand the purpose of the app, and actually use it to tip women less? Why take the risk of the app being used that way?

Mr. Whaley assured us the app features prominent pop-up messages explaining the app’s real purpose. And despite the risk of it being misunderstood, he’s confident the shock value of a sexist tip calculator is going to help start a conversation and, eventually, bring about positive change.

Of course, it’s always irksome when a man steps in with the intention of revolutionizing women’s lives for them, but Mr. Whaley insists it’s better than men sitting idly by.

“Men need to be supportive of women and actually make a statement—set an example for other men,” he said, referencing Emma Watson’s much-talked-about He for She campaign. “If you’re going to hate on me for standing up for human beings supporting human beings, then bring it.” 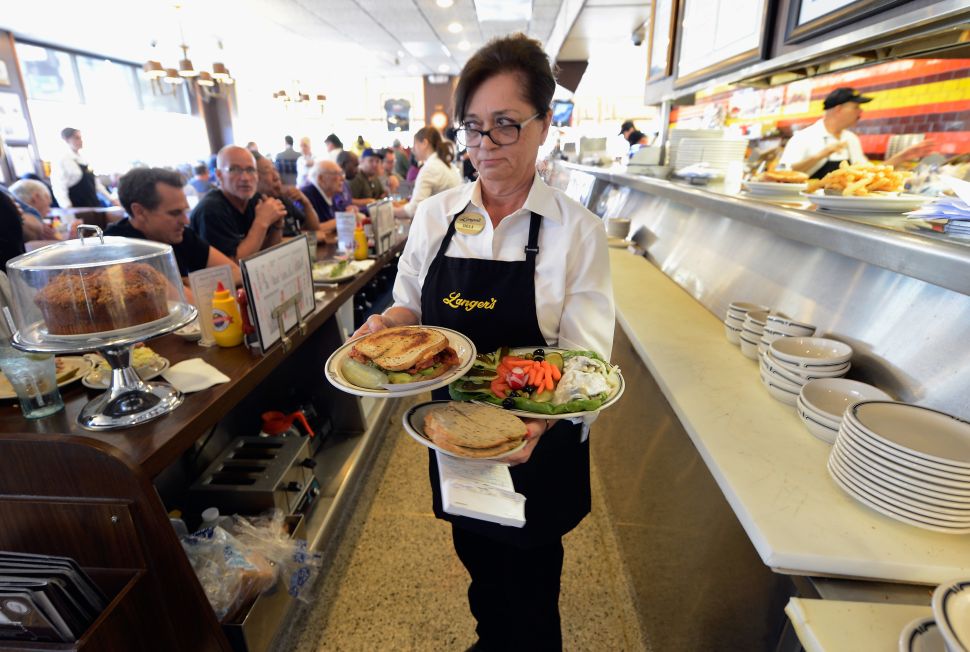