A Republican strategist who engineered a losing campaign against Gov. Chris Christie in 2009 says the New Jersey governor has no shot to be president and questioned the early ideological identifications of the incipient Christie campaign.

“No one buys that he’s a conservative,” said Rick Shaftan of Sparta, campaign consultant for Steve Lonegan’s campaign for governor and for Lonegan’s 2013 U.S. Senate campaign.

“Whats the argument for Chris Christie?” Shatfan said. “I put him and Trump in the same league. Him and Trump and Ben Carson. It’s kind of sad. Christie is not in the league with Bush and Romney. It’s more like Trump and Carson. The whole bit is ‘Do I amuse you? Do you think I’m funny?’

“It’s all entertaining,” added the strategist. “I’m happy he’s running because his ego is going to get shot down.”

PolitickerNJ asked Shaftan why he doesn’t accept Christie as a conservative.

“When you vote for someone who professes to be pro-life you expect that person to do more than simply say he’s pro-life,” he said, citing Christie’s inability to budge the state Supreme Court.PolitickerNJ pointed out that Christie won two statewide general elections in a blue state – and licked Lonegan.

“He beat Steve Lonegan when Lonegan had no county lines and he [Christie] only gets [55%] of the vote, basically barely wins even as everyone was cutting off Lonegan’s money,” Shaftan said. “Then he beats Jon Corzine with less than 50% of the vote, then beats Barbara Buono, who no one supported.

“He’s got a bunch of people out there making a lot of money,” added Shaftan, but no one telling him what he needs to hear – that the Bridgegate-dogged governor can’t win, the strategist insisted.

An ardent Lonegan backer who runs campaigns of Republican candidates down south and who also advises Hudson County Democrat state Senator Nick Sacco (D-32), Shaftan derided Christie’s presidential bid, insisting he’s not alone and arguing that he’s merely saying what others say when no one’s around with pencil and notepad.

“Nobody thinks he’s going to win. Everybody knows it’s going nowhere. It’s just bad,” he said. “The state committee is in the hole for his travel and legal fees and has no money for candidates. Let’s go back four years. Where was he the night before the New Jersey legislative election? Mississippi.”

As an alternative, Shaftan said he likes the chances of U.S. Senator Ted Cruz (R-TX) and Wisconsin Governor Scott Walker. 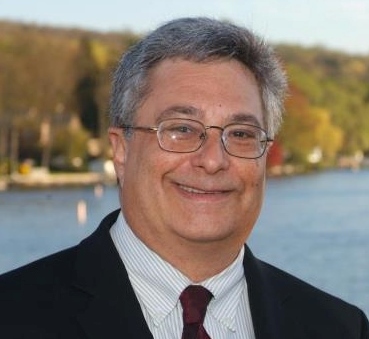