Arrangement Finders is a dating site catering to a very specific clientele: wealthy, heterosexual men, and the women who want to date them.

Are sugar daddy relationships getting increasingly popular? How many people are using Arrangement Finders?

Why do you think people are into these relationships?

I think because the traditional relationship isn’t necessary or accepted anymore. It used to be you came out of high school, found your partner, settled down and attacked life together. Now there’s a much longer trail between education and settling down with a long-term partner. In the meantime, people still want to go out and have relationships, meet people, connect. Sugar daddies are really attractive for those who don’t want to settle down yet.

What type of people do you see using the site? Is it mostly really old dudes and super young women?

You have the stereotypical very old man with the young little bunny-type woman. But Arrangement Finders is seeing a big spike in men between 29 and 35. [There are lots of] Silicon Valley techies. They’re young, working hard, and making money fast. They don’t have much experience dating, but they know they want to start meeting women.

… Part of the uniqueness [of Arrangement Finders] is it’s not the one percent wealthy—the oil tycoons—it’s men whose average salaries are $125,000 a year. It’s still great, when you don’t have a family to support or a lot of recurring bills—that’s a huge amount of money to go and have fun with.

So these Silicon Valley techies aren’t getting girls on their own?

If they could do it themselves they wouldn’t need a site.

What kind of women are signing up to date these guys?

There are lots of college-age women—they’re ambitious [and] they know what they’re after. The great thing about the Silicon Valley type—the man who’s just hitting his stride in his career—is that he’s good for mentoring and networking.

I obviously have a very large amount of PR experience. I [also] feel like I know intimately the sort of people who would join a dating site looking for more casual relationships—I come face-to-face with them constantly … I know my generation. I know what women like me are looking for. It’s not to be someone’s housewife or to settle down. They’re looking to really live life to the fullest.

How do you know the guys on your site aren’t creeps?

We screen people for fraud. We try to care of our members as best as we can.

There’s definitely still a stigma toward sugar daddy relationships. Why do you think that is?

I think there always is a stigma towards any relationship that isn’t expressly headed for marriage. It’s something that’s being broken down—something that’s evolved. I know in a lot of bigger cities, it’s a very accepted way of dating—most people don’t want to get married anymore.

There’s so much life to be lived before you settle down. 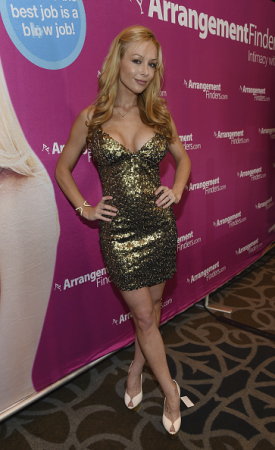