Tyrannical regimes have long been associated with the recruitment of snitches.

In early 1933, Baldur von Schirach eliminated by fiat all competing youth organizations, instantly folding them under the Hitler Youth umbrella. Later that year, Adolph Hitler named Schirach Jugendführer des Deutschen Reiches, making him essentially a cabinet minister who answered directly to der fuhrer. Schirach disbanded Jewish and Socialist youth groups, instituted paramilitary training, and by 1939 created a shadow army of 7.3 million youths within the Greater Reich — the largest youth organization in the world. Parents who declined to allow their children to join Hitler Youth were given lengthy prison sentences. And by the time the war started, according to The History Place, “A new law was issued on March 25, 1939, conscripting any remaining holdouts into the organization amid warnings to parents that their children would be taken from them and placed in orphanages unless they enrolled.”

In the Soviet Union, Pavlik Morozov was a 13 year old who ratted out his father to party authorities and was then killed by his family — martyred by them if you accept the Soviet mythology that created books, songs, a full-length opera, a symphony and even a film by Sergei Eisenstein about him. Rules in other countries, like the UK’s program encouraging children to tattle on their parents when they underpay their taxes, are heavily criticized by lovers of freedom.

With that in mind, it was a tad jarring to see NoPiracy.org—a group devoted to eliminating the use of unlicensed copies of popular applications, sponsored by The Software Alliance, which is comprised of the major software developers—recruiting informers with an aggressive Facebook campaign. Previous efforts aimed at music piracy mostly and dating back to the ubiquitous “Home Taping Is Killing Music” campaign of the 1980s relied mostly on shaming the pirates. But the NoPiracy language plays to the cynics — and the poor — among us.

“Need some extra cash? If you know a company using unlicensed business software, file a report.”

The ad links to a scary looking site that allows one to file a confidential report or call a friendly woman with a headset. You can report “An organization or business that is using or installing more software than it has licenses for, a physical distributor who markets or sells unlicensed software, or Someone who sells/distributes unlicensed copies of software via the Internet.”

The site screams “1 IN 5 PIECES OF SOFTWARE IN THE US ARE UNLICENSED. BE PART OF THE SOLUTION.” (Someone should be a part of the solution to that grammar—they mean “is” not “are.”)

There’s no guarantee of a payday. The site explains that “A reward will be paid only if BSA pursues an investigation and, as a direct result of the information provided by you, receives a monetary settlement from the reported organization. This process could take several months. If the reward requirements have been met, then BSA will consider you for a reward payment.”

Then I dialed another three-digit combination and got a hit. The woman on the line was friendly and did not hesitate to forward me to the Manager of Internet Investigations. He and I chatted for about 15 minutes, during which I bombarded him with probing questions. Our conversation ended with him directing me to their website, which as previously mentioned, allows one to submit one’s own report on software fraud. It is worth mentioning that in the case of a report fraud on 200 computers (with illegally downloaded software), one can earn up to $10,000.

The bottom line here is that you can potentially make some serious dough….if the case is taken up, the authorities investigate, they actually send you the dough, and you can live with yourself after ratting out your employer, which is probably your “former” employer. 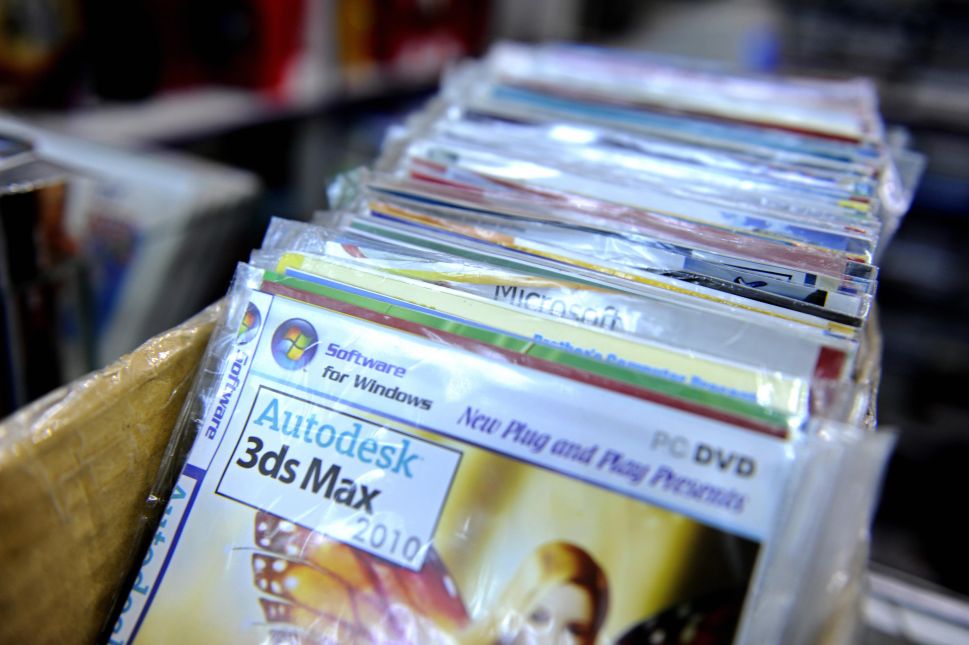