Cotroneo will not pursue re-election this year.

Running with amped support from the Peter Murphy wing of the Republican Party, Corrado withstood an aggressive challenge by Hawthorne Democrat Jeff Gardner.

As Cotroneo is the only woman on the freeholder board, her replacement within the Democratic organization is likely to be a woman, the source added. 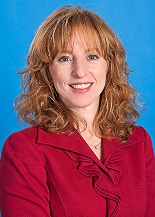