Everything before now is of little value.

“The reality is when you get into next year’s election, the voters are not going to judge him on his first five years,” said Thompson of Old Bridge. “He could have done a great judge during that time, but they they will gauge him on this year.

“We have major problems in this state,” added the senator, who doubles as chairman of the Middlesex County Republican Committee.

“He will be in great shape if he’s able to do that [solve those crises and balance the state budget this year],” Thompson said. “If he can do that he will be a leading candidate.”

“It is to be determined,” the senator/county chairman said. “I think he has that ability [to run for president while serving as governor]. He’s got to focus on those issues. To judge him today on what his chances are with those troubles unresolved is the equivalent of whistling Dixie.”

Asked about the front office’s relations with the Senate Republican Caucus, Thompson said, “Our caucus is ready and willing to work today with the governor and with the Democrats.” 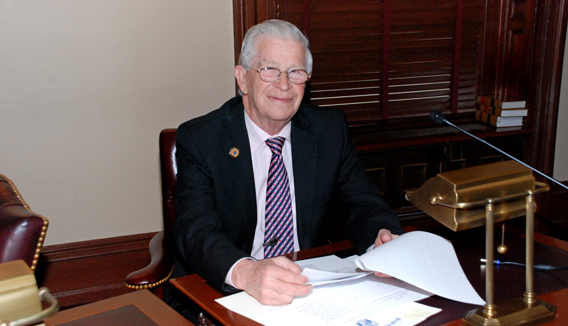