Stuart Scott taught me something profound on New Year’s Eve several years ago, a lesson that undergirds my penchant for building David-versus-Goliath startups like CellBreaker.com

I was a scrawny teenager, and Stuart was in town visiting his brother Stephen. Stuart’s brother and I were two of about fifteen guys who met regularly for a late-night pick-up game once per week at a concrete-floor warehouse in Raleigh (it had two basketball goals, and the concrete was refreshingly cool on impact). New Year’s Eve just happened to fall on our game night that week, and Stuart just happened to be in town

Now, for context, you should know this about me: when it comes to basketball, I’m like a real-life Uncle Rico (“Back in ’82, I used to be able to throw a pigskin a quarter mile.”) I’ve never backed down from a matchup. No height is too tall, no mass too massive. I play hard, so much so that if I have ever guarded you on defense, you know that you do not want me to guard you on defense again. I take defense seriously, and I’m physical, and people bruise.

But what that looks like in the scrapbook of my career is a dozen or more bone-crushing scenes of me colliding with opponents much larger than me. That time I got dunked on while trying to take a charge on a guy who went on to play in the NBA. That time my team was down by twenty with seven seconds left in the game and I chased a guy down the court, blocked his breakaway layup and broke my arm in my awkward descent. That time I saw Stuart Scott’s extremely hairy chest strobing in and out of view as he fanned me down with his sweaty T-shirt, which was his reaction when a guy about 8” taller and 180 lbs. heavier than me dunked on and knocked me to the ground. He pulled off his shirt and fanned me down.

I suppose most highly competitive, teenage athletes crave validation and fear ridicule. So it was scary for a moment when I thought that this sports icon was going to make fun of me in front of everyone. I mean, if Stuart Scott legitimately makes fun of your athletic prowess, good luck shaking that off.

But no, as I realized seconds later, Stuart celebrated my defensive failure with style and class. Fanning me off was his gimmick. This wasn’t a taunt that said, “haha, you tried but failed.” It was an endearing gesture that said, “well that was entertaining.” As subtle of a difference as that might seem, to me, that scrawny, young kid on the floor, it was validation that it was acceptable to try but fail—this from the very voice of authoritative sports commentary.

His shirt-waving reaction lasted about thirty seconds, and it even included some in-person Stuart Scott-isms in the vein of “just call him butter cuz he’s on a roll.” When it was over, the game resumed, and I went right back to my overzealous defense with no loss of confidence and no lingering embarrassment–still outmatched, but still willing to try and fail.

To this day, I’m that anomaly in YMCA pick-up games, because, unafraid to fail, I actually try to play defense. Most washed-up basketball players don’t play hard defense because (1) like me, they realize that they’re not as physically equipped as they once were and (2) unlike me, they would rather not try at all than try and fail.

It’s a culture of complacency that arises from groupthink taunts by guys afraid to fail of guys who dare to fail.

In a sense, pick-up basketball is a microcosm of life: if you venture nothing, you surely can’t fail. But there’s nothing to be gained in playing it safe but atrophied potential and uninteresting memoirs too boring to tell. Accomplished people have to dare to fail.

Failures are to be celebrated, to be laughed with rather than at, and daring to fail is your only ticket to the celebration. “Like gravy on a biscuit, it’s all good!”

“When you die, that does not mean you lose to cancer,” Stuart said in his ESPY Awards speech. “You beat cancer by how you live, why you live and the manner in which you live.” This is the manner in which Stuart lived, and this is the impact it had on one scrawny kid who dared to try but failed.

Jon Colgan is a serial entrepreneur and founder and CEO of CellBreaker.com 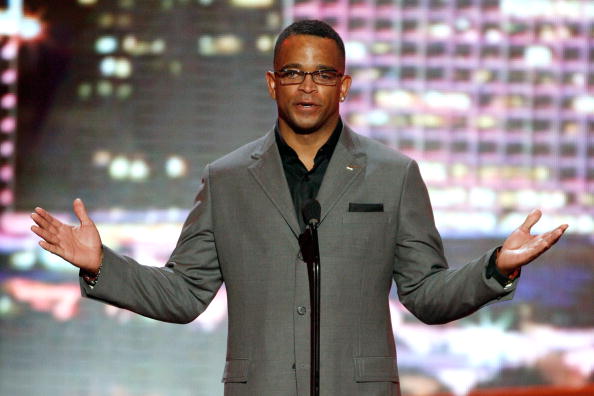