Gov. Andrew Cuomo announced at a morning press conference that trains will begin running again at 9 a.m.—with New York City able to expect a Sunday-level of service by noon.

Mr. Cuomo, joined by a slate of agency presidents and commissioners, noted that the storm had a much softer impact in the five boroughs than expected, while Long Island suffered the brunt of the blizzard. He reported that the trains were stowed in a safe facility overnight and were being brought back onto the rails.

“They are redeploying as we speak,” he said

Metropolitan Transportation Authority Chairman Thomas Prendergast said that his workers had to shovel off stairs and platforms as well as run the trains—but first had to face the challenge of getting to work. The anticipated reduced staffing, he said, was a large part of the reason why trains would only be running at 60 percent of their usual level of service.

Mr. Prendergast added that the trains would be operating at usual weekday capacity by tomorrow. The chairman said that, though the storm was less severe than anticipated. he believed the precautions taken were appropriate and would allow for the MTA to return to regular service faster.

“You’re only as good as your last snowstorm,” he said.

Trains continued to run for most of the night in order to keep the lines clear, even though they stopped picking up passengers at 11 p.m. yesterday.

Mr. Cuomo lifted the travel ban on state roads, but warned commuters to stay home if they could. 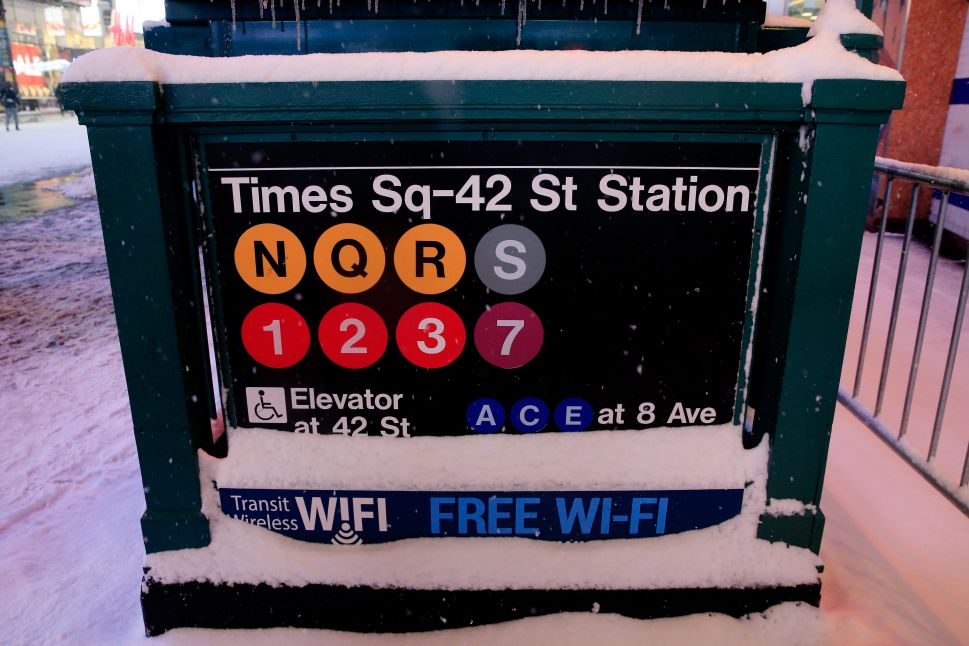