PARK CITY, Utah — Crowdpleasing titles broke from the Sundance pack over the weekend and secured a few blockbuster distribution deals, making this edition of the festival among the busiest (and richest) in years. Yesterday’s whoppers included Open Road’s $7 million for the rights to Rick Famuyiwa’s Dope, an urban Risky Business with music by Pharrell that has been playing through the roof at press and public screenings alike. Even more monstrous is Fox Searchlight’s deal for Me and Earl and the Dying Girl, which reportedly beat out four other companies with an offer as high as $12 million. (Bear in the mind, though, that these nosebleed numbers at Sundance almost never pan out: for every Little Miss Sunshine, there are box office disappointments like The Spitfire Grill, The Way Way Back, and Hamlet 2. Don’t remember those? Exactly.)

Me and Earl, a quirky weeper involving a teen with leukemia that’s drawing comparisons to The Fault In Our Stars, suffers from the sadly common indie fate of having an insufferably twee title straight out of Dr. Seuss, not unlike 2013’s The Inevitable Defeat of Mister & Pete. Time will tell if Fox Searchlight decides to hedge their eight-figure bet by tweaking the sing-song moniker and dropping the word “Dying,” no matter how fluid the internal rhyme scheme.

Otherwise, the festival has really been getting down and dirty here in the elevated snowcaps of the Wasatch Mountains, with a one-two punch of unusually randy rom-coms (both weirdly featuring Adam Scott) that will make your parents blush while warming your heart. In Patrick Brice’s screwball swinger romp The Overnight, Mr. Scott and Taylor Schilling play a sexually frustrated married couple newly transplanted to Los Angeles whose young boy strikes up a playground rapport with the son of some outré sophisticates (Jason Schwartzman and Judith Godreche). An impulsive dinner invitation to their extravagant home becomes an all-night bender of hilarious proportions—from skinny-dipping and instructional breast-pump videos to acrylic paintings of sphincters and visits to a massage-parlor peephole. (Mr. Schwartzman’s ridiculously large prosthetic manhood also bears mentioning.) Yet, despite all the provocation, The Overnight pulls off the admirable hat trick of actually being a tender, poignant movie about spousal sacrifice and commitment.

Even more delicious is Sleeping with Other People, a delightfully crude romance from writer-director Leslye Headland who herself confessed at the film’s premiere that it was basically “When Harry Met Sally…, but with assholes.” Based on the result, Ms. Headland might just genuinely prove herself to be the Nora Ephron of relationship raunch. Jason Sudeikis and Allison Brie play two New York singletons and serial philanderers who lost their virginity to each other in college and now, years later, strike up a platonic friendship to be supportive sounding boards as they both navigate the uncharted waters of amorous maturity. Sharp, unexpected and seriously sexy, with dynamite chemistry between the two leads, Sleeping with Other People reveals an elevated understanding of coupling and de-coupling while never stooping to lift its mind out of the gutter.

Whether by fate or kinky kismet, Sundance also debuted Drunk Stoned Brilliant Dead: the Story of the National Lampoon, Douglas Tirola’s loving chronicle of the sexy, seminal humor magazine and how its deceptively puerile humor served as a lodestar for virtually all American comedy of the past 45 years. Inspired by Rick Meyerowitz’s same-named book, the film plays like a tribute reel that traces how the Big Bang inception of Doug Kenney’s and Henry Beard’s irreverent monthly was so brilliant that Lorne Michaels cribbed its brightest stars for Saturday Night Live and Hollywood wooed its strongest players to make films like Animal House, Caddyshack, Home Alone, and almost any movie starring Bill Murray. The bawdy TV and films of today simply would not exist without having the road paved by such scorched-earth trailblazers. 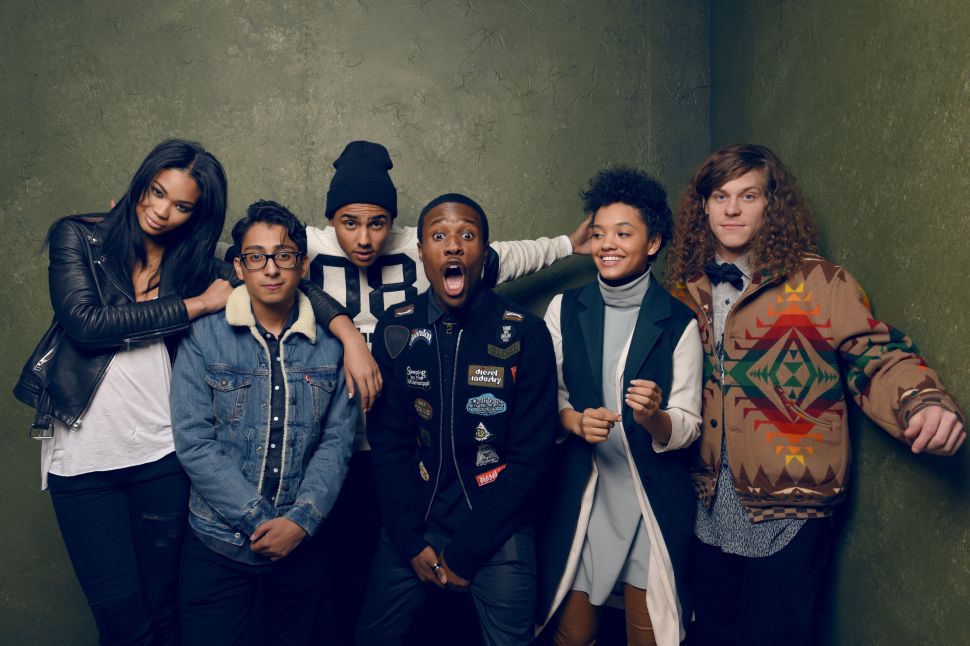 Filed Under: Movies, Movies, Reviews, Sundance, film festivals, dope, me and earl and the dying girl, sleeping with other people