Kolluri, Robins, and Sweeney announce a the development of a new “master plan” for the state’s transportation problems.

TRENTON — Senate President Steve Sweeney (D-3) today called for the development of a “master plan” for maintaining and improving the state’s transportation infrastructure, days after its transportation department was forced to close a bridge and its top transportation executive stressed that the issue needed immediate attention.

“We need a master plan in how we go forward in planning,” Sweeney said during a press conference in the statehouse this afternoon. “The needs are great, and to sit back and wait isn’t acceptable. New Jersey is a logistics state … we’re in the middle of 16 million people, but if we don’t have a program where we can move and improve traffic, we’re not going to be able to bring business to the state.”

Sweeney, who’s made the issue a top priority on his political agenda in recent months, said the state currently lacks a “comprehensive plan” to tackled the state’s transportation problems. The Democrats’ announcement comes as lawmakers continue to search for funding for a depleted Transportation Trust Fund, which finances large road, bridge and transit projects across the state.

Earlier this week, the Department of Transportation decided to shut down a bridge in Morris County because engineers deemed it too weak to bear traffic, as newly-minted DOT Commissioner Jamie Fox reiterated his desire to replenish the TTF sooner rather than later.

“New Jersey has the longest commute times of any state in the nation,” Sweeney said. “So again, when we talk about the TTF, we want to talk about a plan that does not just maintain — maintenance is important, but improvement is critical.”

However, Sweeney said the plan, which he will deliver to Gov. Chris Christie’s desk when finished, is not meant to offer funding solutions for the TTF, but rather “prioritize” the state’s current problems and projects. He said recent work done on the New Jersey Turnpike is a good example of that process.

“What was done on the turnpike has demonstrated proper investment focus and planning,” he said. “That you can improve the quality of life for individuals that need to utilize their transportation.”

Also present at the presser alongside Sweeney was former Transportation Commissioner Kris Kolluri and Martin Robins, director emeritus of Rutgers University’s Alan M. Voorhees Transportation Policy Center, who will advise him on putting together the plan.

“The idea of creating a master plan is not only sound, it is justified in the face of what I believe has been a deferred maintenance program that the state has not done a good job running despite the work of some very, very good people. I think what the Senate President is rightfully saying is that we need a long-term plan and not just a short-term solution,” Kolluri said, adding that the last time he and Robins created a long-term plan was in 2003, but the that state’s present problems demand a new, “well-thought” one.

Few concrete details were offered on when the plan would be finished, though Sweeney said he hoped to have one ready to present to the governor “as quickly as possible.’

Late last year, Sweeney called for the construction of a new tunnel connecting New Jersey and New York City under the Hudson River, arguing that impending closures of existing tunnels for repair could cripple the region’s transportation network. 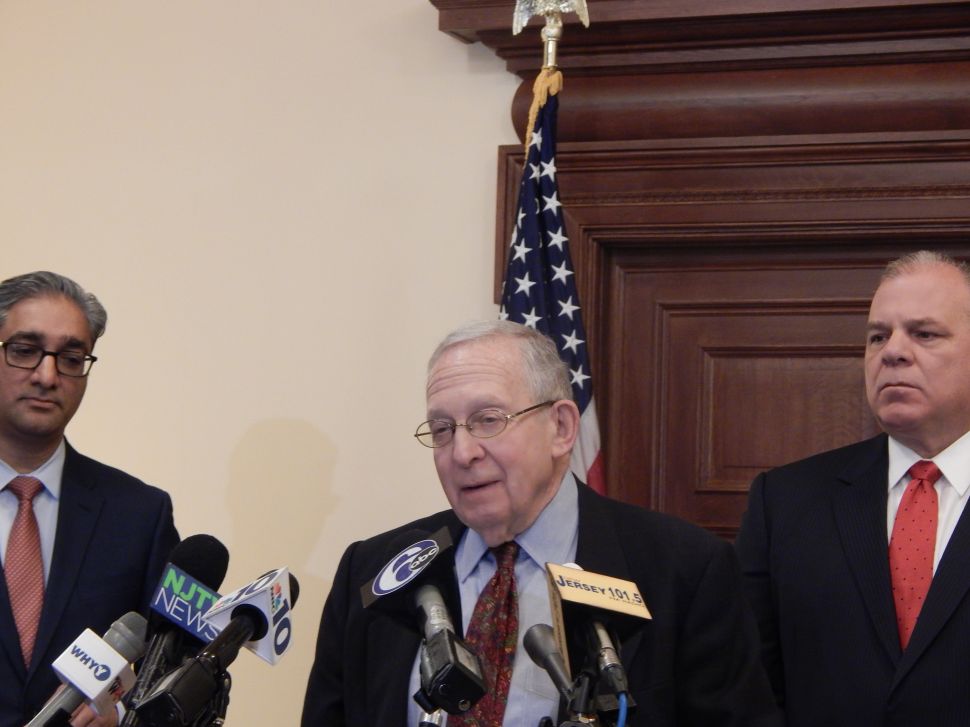