One man’s misery is another man’s fortune — especially when it comes to football for two of the state top executives.

Senate President Steve Sweeney (D-3), relishing in Gov. Chris Christie’s disappointment today after the Republican’s number one football team won — and then lost — their last two games in the divisional round of the NFC playoffs, said the Green Bay Packers “would’ve won anyway” against the Dallas Cowboys during Sunday’s playoff game in Wisconsin.

An inveterate Packers fan — and Democratic gubernatorial hopeful in 2017 — Sweeney ribbed Christie over the loss on his way into the statehouse today, where the two-term incumbent governor is expected to give his final State of the State Address this afternoon.

“I’m a Packers fan,” Sweeney, nibbling on the ear of state Sen. Ron Rice (D-28) in the hall prior to the address, said with a grin. “And Aaron Rodgers was on a roll. They would’ve won anyway.”

It was Rodgers’ play-making abilities — and a controversial decision by the refs to overturn a fourth-quarter catch at the one yard line by Cowboys receiver Dez Bryant — which helped check the Cowboy’s five game winning streak Sunday, and thereby kept an orange sweater clad super fan Christie from unraveling utterly once again.

Christie’s football freak-out over the past two weeks has helped keep him in the spotlight as prepares to announce a possible presidential campaign later this month. It’s won the Republican both praise and condemnation from political observers and football fans alike, as some saw him betraying the thousands of non-Cowboys fans who reside in his home state, while others saw him smartly taking advantage of his relationship with team owner Jerry Jones to gain some national attention.

But Christie’s personal political ambitions have also led some to wonder what he’ll make of his gubernatorial address today — a point Sweeney said makes predicting the content of the governor’s address this year particularly difficult.

“I have no idea,” Sweeney said when asked what he expects from the address this afternoon. “Sometimes you have an inkling. I really don’t know this time.” 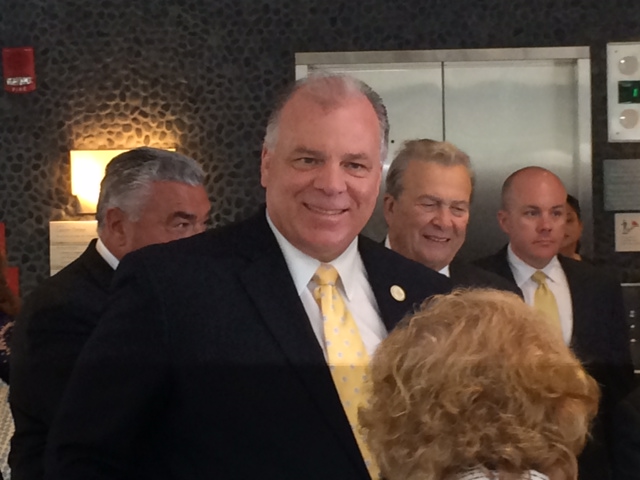