2014 may be long gone (and good riddance), but there are still things we can learn from last year if you’re looking to raise money for your new lit mag or cover album.

Kickstarter released their 2014 round-up today, filled with data about how much money was raised in which project categories, where the money came from, and when in the day or year it was pledged.

According to the data, August was the prime month for Kickstarter traffic. The campaign contributions escalated toward Wednesday, the best day, and then sank back down each week as the weekend approached. And the time of day for nabbing pledges—the early afternoon, peaking at 1 p.m.—was high-traffic time for social media, which is either a causal relationship or a great opportunity.

These little nuggets of crowdfunding wisdom can be added to the list of well-known pieces of advice for winning the Kickstarter game, namely: have a well-produced video, set great rewards, do a 30-day campaign and reach out to your friends and family for support. 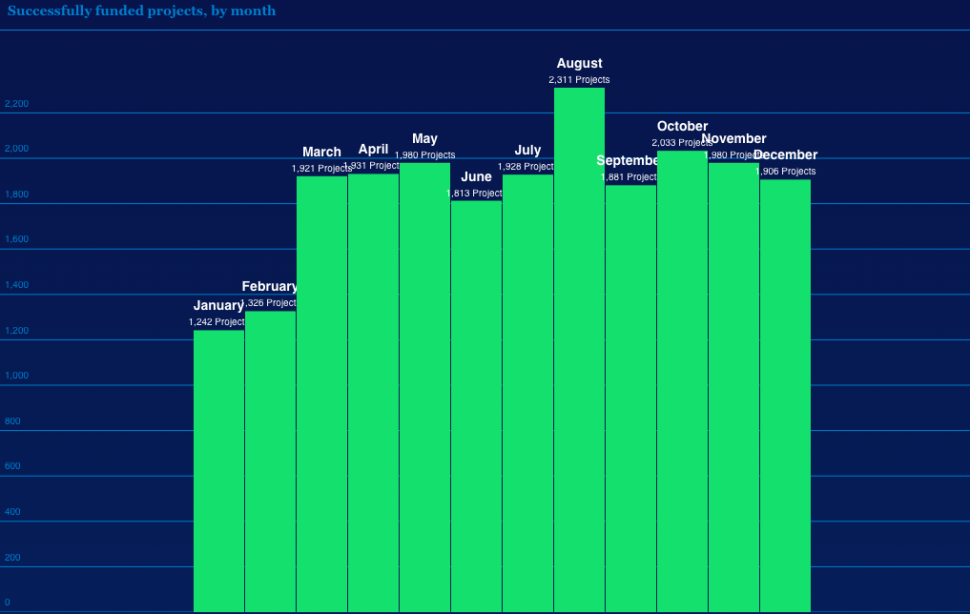