Bitcoin had a baaaaad year in 2014, what with the price plummets, naysayers on Wall Street and a major bitcoin evangelist going to jail. Still, Bitcoin isn’t giving up the campaign for hearts and minds.

Over 3.3 million people tuned in last Friday night to the Bitcoin Bowl, a NCAA post-season football game featuring the University of Central Florida and North Carolina State, according to Nielsen data obtained by Inside Bitcoins. That makes the cryptocurrency-covered sporting event the most watched television event of that evening.

The St. Petersburg Bowl was sponsored this year by BitPay, the bitcoin service provider who moves digital currency for Microsoft, crypto-legend 50 Cent and about 50,000 other merchants.

You wouldn’t expect there be much of a strong crossover between Bitcoin obsessives and college football fanatics, but lo and behold, the Bitcoin Bowl found that demographic. The game’s coordinator, Ashley Wheeler, told the Wall Street Journal that the over 300 travel packages to the game were purchased with Bitcoin.

But all that exposure obviously wasn’t enough to pull bitcoin up from its latest price slump. Data from the Blockchain suggests that even with the eyes and ears of 3.3 million potential converts, there wasn’t a noticeable spike in either trading volume or price.

Then again, given that this is the ad that played for BitPay during the televised game, we’re not surprised if people were totally turned off: 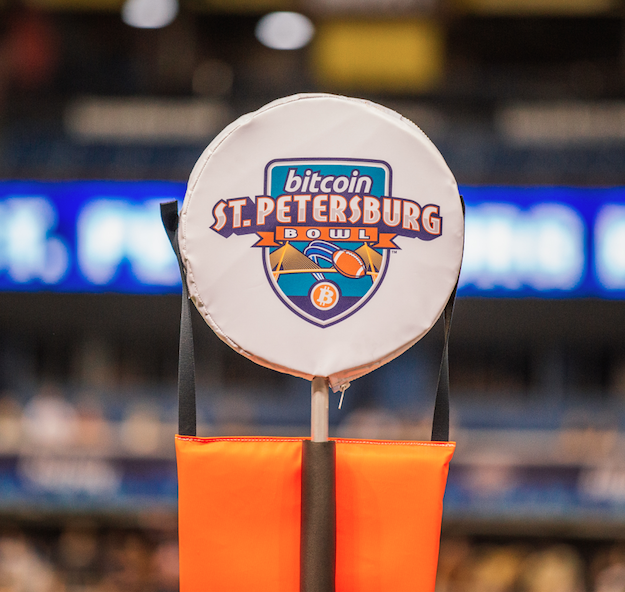