King Abdullah of Saudi Arabia, who died on January 23 at 90, has been described in many obituaries as a reformer, but that is too simple and too prosaic a description for this multi-dimensional monarch. His reign was complicated. On the one hand, King Abdullah was a staunch conservative who toed the line of Islamic values which included a strict adherence to shariah law.  Beheadings, stonings, the hacking off of hands were common in his kingdom.

At times, the executioners of Saudi Arabia were so overwhelmed and so overworked that they publicly complained of not having enough new blood entering their field of employment. Executioners under King Abdullah had so much work to do that they were often late coming home to their families at night and had difficulty taking vacation and even retiring. And yet, Abdullah was considered a friend of the West, a colleague of Western leaders, an anomaly in the Arab Middle East.The Islamic tone was set by the Wahabis, a very strict and extremist sect of Sunni Islam who had been the partners of Saud in creating the kingdom. After inheriting the monarchy, Abdullah continued to permit Wahabi leadership to determine the Islamic way of life for his people.

And yet, it was King Abdullah of Saudi Arabia who was the leading Arab voice against ISIS and Iran. And it was he who permitted Saudi women to drive behind the wheel of their cars and who, in 2015, created an edict allowing women not only the ability to vote but to run for local election. He even allowed Saudi women to roam outside of the home without a male escort. Not exactly a feminist, but he was a “moderate” compared to some of his predecessors.

Abdullah’s attitude toward the West was as complicated as his approach to ruling over his country. King Abdullah convinced OPEC not to cut oil production even as Iran was pressing hard to limit oil production and drive prices up. Saudi Arabia dealt a huge economic blow to Iran and handed a great victory to the West in the way in which he handled himself vis a vis OPEC.

His attitude toward Israel proved even more complicated. During this last summer’s conflict with Gaza, the Israeli prime minister’s office delivered a blow-by-blow update to the Saudis (as well as Egypt’s leaders). That relationship explains why it was so natural for Israel’s President Reuven Rivlin to praise King Abdullah when he heard the news of his death by saying: “I was saddened to hear of the passing of King Abdullah. He was an example of grounded, considered and responsible leadership, with a deep religious tradition. As ‘Guardian of the Holy Places’ of Islam, King Abdullah acted as a moderator, respecting the sensitivity and sanctity of Jerusalem and sought to promote a vision of prosperity for the region. His wise policies contributed greatly to our region, and to the stability of the Middle East.”

Former Prime Minister Shimon Peres, speaking from the World Economic Forum in Davos, also paid homage to the late king: “this is a loss for the Middle East,” said Mr. Peres, “a loss for peace in the Middle East.” From the moment the king’s death was officially announced, leaders around the globe have sung his praises, but that the Israelis should be so laudatory speaks volumes as to Abdullah’s influence.

The successor to Abdullah, the former crown prince, is named King Salman. We need to know and to care about the transition of power in Saudi Arabia for several reasons. Of course, oil is a primary reason. But more than oil, Saudi Arabia plays an essential regional role. The Saudis check Iran. They helped oust Mohamed Morsi and the Muslim Brotherhood in neighboring Egypt. Abdullah, along with Egyptian President Abdel-Fattah el-Sisi, urged Israel to squash Hamas. Of course, most of these ideas and the deals that were brokered came from behind closed doors—but Abdullah made it all happen. It was he who proposed a peace plan for the region. A plan was not simply about Palestinian-Israeli peace, but a regional plan. King Abdullah realized that Israel craved normalization more than anything else. After Israel and the Palestinians agreed to peace, he envisioned, other countries in the region would normalize relations with Jerusalem.

Abdullah was deeply insulted by President Obama’s entreaties to Iran and he would not be assuaged. As the fourth largest buyer of military weapons in the world, Abdullah showed his anger by, on more than one occasion, snubbing United States representatives and letting them stew in his ante chamber. And then he reached out and began to buy weapons and parts from China instead of from the United States.

The complicated king understood his enemies. And he knew how to choose his friends. 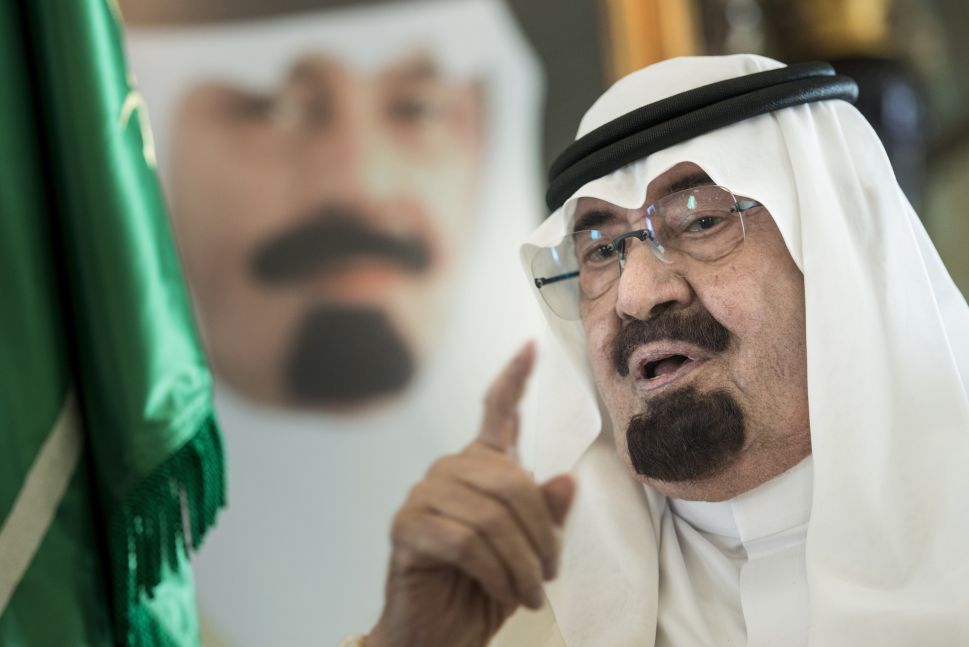