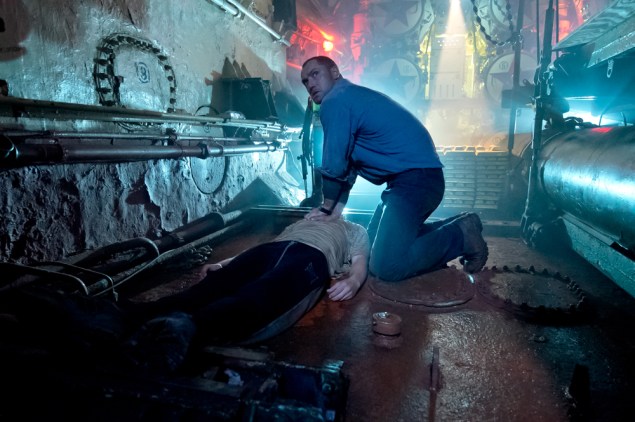 Black Sea is another underwater saga in the tradition of Das Boot, but instead of a war picture, it attempts to bring life through a periscope up to date. Times have changed. We no longer need submarines, so marine pilots are out of style, reduced to debilitating jobs working for salvage companies. After 30 years of service, a former Scottish Navy captain named Robinson (Jude Law) is sacked and drifting. His wife has already deserted him, taking his child with her, so he has nothing to lose when a shady financier offers him a chance to redeem his lost pride and prove himself in the water again on a dangerous search mission to retrieve a cache of $40 million in Nazi gold from a lost U-boat on the bottom of the Black Sea.

His assigned vessel is a broken-down Russian sub in mothballs, his nine-man crew is half-Russian, half-British—and all killers. Since they are all promised an equal split of the profits, it doesn’t take long for this briny gang of ruthless rogues to realize that the fewer men are left alive, the more shares they can keep for themselves. Let the mayhem begin.

Directed by Kevin Macdonald (The Last King of Scotland), it’s basically another tough genre workout that is all too familiar, with enough tension and violence to keep an audience alert if not riveted. But there’s nothing fresh about tension underwater. The first part of the movie is about the search—dark, wet and life threatening—as the condemned tub sinks to the seabed and the men seem doomed. The second part is about the greed, deception, mutiny and homicide among the shipmates, and the captain’s efforts to unite the survivors, save their lives, repair the exploding engines and reach the lifeboats without being discovered by the Russian Navy, which also wants the gold. Before the end, the decks run red.

Black Sea doesn’t look like it was much fun to make. The actors are half-drowned most of the time, gasping for breath. Dennis Kelly’s screenplay consists of too much dialogue about pistons and drive shafts. Like most submarine movies, most of it takes place in red light, but it never reaches the classic status of Das Boot or even the old Clark Gable-Burt Lancaster thriller Run Silent, Run Deep. Jude Law, grizzled and balding, looks like a mossy old version of his former self. As the only American on board, Scoot McNairy is a terrifically spineless, whining mouthpiece for the adventurer who financed the journey, and Ben Mendelsohn is a terrifying underwater psycho. The whole thing adds up to a watery grave of claustrophobia—but that can be pretty terrifying, too. 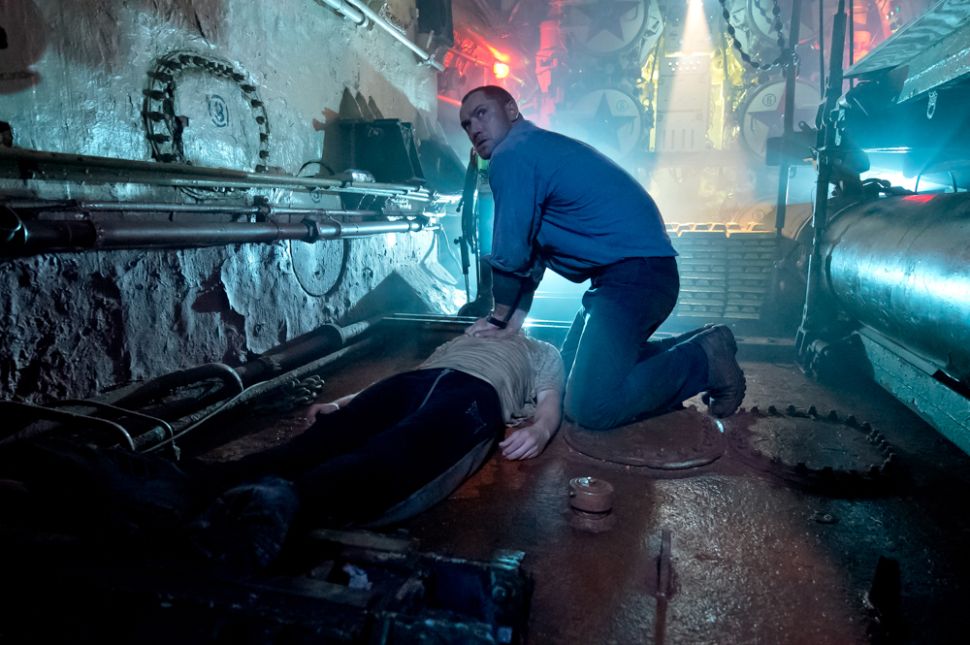