The terror attack this morning in Tel Aviv confirms a disgusting phenomenon of being a Jew, namely, the diminishing value of Jewish life worldwide. It is so common to awaken to news of murdered Jews that one comes almost to expect it.

There is nothing new about this. Walk the streets of Jerusalem and see all the plaques on cafes’, pizza shops, and street corners to Jews murdered by Palestinian terrorists.

There is a critical mass of dead Jews that has now been reached beyond which the Israeli public and the world Jewish community is not prepared to mourn any more.

Rather than clicking the next news story, it’s time that we finally got fed up. That we aren’t going to take it any more. That we aren’t going to make peace any longer with the fact that Jews are born to die. That Israel doesn’t have to make do with the sight of children’s carcasses found rotting in caves. That Israel, even after all the innocent men, women, and children it has buried in the Arabs’ 66 year war to annihilate it should still be shocked by the sight of dead men at prayer and bloodied commuters on a bus. That it is a gruesome sight that should not come to be expected but should make our stomachs turn. That buying bread on a Friday afternoon need not be a death sentence.

Israel and the Jews need to be fed up with the sight of dead Jews.

Fed up with some Palestinians justifying barbaric murder in the name of their grievances.

Fed up with the foul moral equivalency of Jews dying as targets of terrorists and Palestinians dying undertaking acts of terrorism.

Fed up with a world that has indulged anti-Semitism for thousands of years continuing to scapegoat the State of Israel and justify Jewish bodies.

Fed up with Western media that makes more of Israelis adding rooms to apartments in east Jerusalem than 150,000 Arabs killed in Syria.

Fed up with the United Nations condemning the only democracy in the Middle East while overlooking the ghastly human rights abuses of its Arab neighbors.

Fed up with watching Jewish mothers and fathers wailing over the coffins of their children.

Fed up with scenes of Palestinians ululating at the same. (Hamas immediately praised the stabbing attack as “heroic.”)

Fed up with Islamic terrorists believing they will be rewarded with virgins in heaven for killing children on earth.

Fed up with haters of Israel being more concerned with how Palestinian terrorists are treated in Israeli jails—which is humanely—than with their victims’ families, whose lives are destroyed forever.

Fed up with an American government that, with the best of intentions, pushes Israel to recognize a Palestinian unity government with Hamas when the United States would never even talk to Al Qaida who murdered so many innocent Americans.

Fed up with seeing Israeli communities in the West Bank surrounded by barbed wire to keep killers out while the Palestinian villages live openly and without fear because they know Israelis don’t target children.

Fed up with the big lie that Israeli settlements are the reason for Palestinian terror when the PLO was founded before Israel ever conquered the West Bank in a defensive war and Hamas has launched thousands of rockets at Israel even after Israel forcibly removed every last settler.

Fed up with morally confused Churches like the Presbyterian Church USA initiating boycotts against Israel for simply protecting its citizens from terrorists while overlooking Arab atrocities against Christians throughout the Middle East.

Fed up with having to teach your children to fear basic neighborliness that was once so common in Israel, like hitchhiking, lest your children never arrive home.

Fed up with Arab nations claiming to feel humiliated by, and swearing eternal enmity toward, a tiny little sliver of Jewishness that is but a small fraction of total Arab land.

Fed up with a never-ending river of Jewish tears.

Fed up with a tragic history that never seems to recede.

No one quite knows how it can be remedied. But what we do know is that the option of dead Jews is no longer acceptable. We have a right to live.

Rabbi Shmuley Boteach is founder of This World: The Values Network, the foremost organization influencing politics, media, and the culture with Jewish values. He has just published Kosher Lust: Love is Not the Answer. Follow him on Twitter @RabbiShmuley. 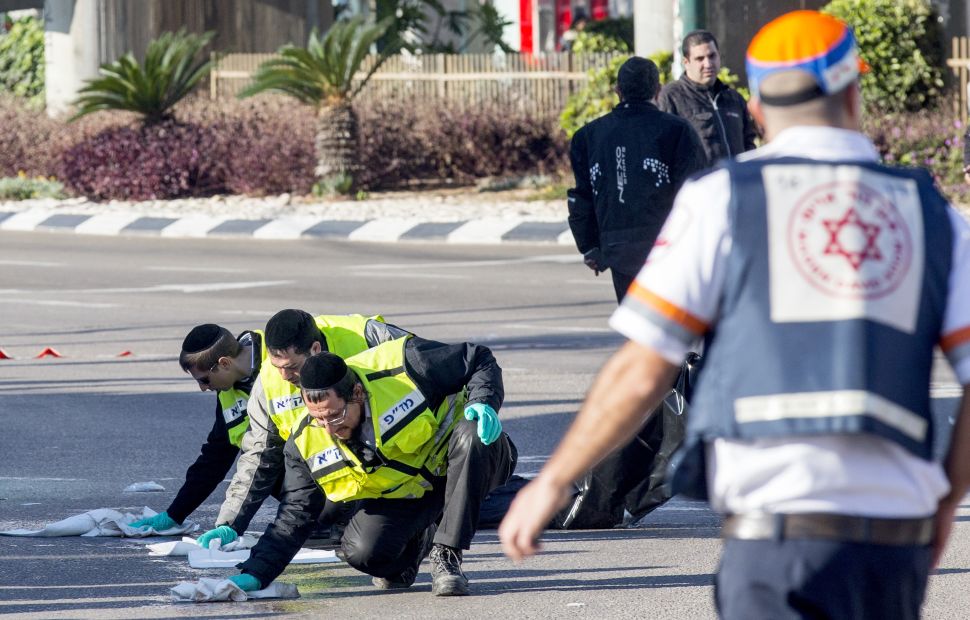