The explosion of violence across the streets of Paris is the most recent reminder that terrorism in the West has become something radically different from what it was.

For much of modern history, terrorists sought tangible political outcomes involving either a change in a regime or its policies. Nineteenth century Russian terrorists, such as the People’s Will, even engaged in ethical debate about the justification for taking human life, especially that of innocent bystanders.

Light years, however, separated the People’s Will from the actions of the twentieth century European nihilists such as the Baader Meinhof gang, the Italian Red Brigades, or France’s Direct Action. For these groups, there was no such thing as innocents.

The nihilists required what Mao Zedong called, the “sea of the people,” in which to swim and hide. They found it among small cadres of European leftist intellectual

Lacking a major support system, these terrorists were easily compromised. Attempts to mobilize the larger society against them were highly successful, even at the sacrifice of civil liberties.

The Soviets and their satellite states provided some logistical support for these groups, albeit the policy did not win uniform approval within the Soviet Politburo, where some saw terrorism as counterproductive.

Amateurish and small as these groups were, they were capable of wreaking havoc throughout Europe. To terrorism experts, it was apparent that a large group swimming in the sea of an ethnic community, with external state support, hiding behind some form of nationalism or religion could do unimaginable damage.

But “terrorist experts” at the Central Intelligence Agency argued that any group that had that kind of support was too sophisticated to conduct such an operation on American soil for fear of the political consequences.

For those incapable of launching a more traditional form of warfare, terrorism was politics by other means. The Palestinian Liberation Organization was the quintessential terrorist group, one seeking access to the public agenda through horrific acts of violence.

Even the nihilists had an agenda, however seemingly irrational, for achieving revolution. Violence was a means to a political end.

That model of terrorism should have crumbled with the first attempted destruction of the World Trade Center in 1993. It was an act of vengeance against the West devoid of political purpose and financed by the infamous Khalid Sheik Mohammed, who figured prominently in the 09/11 attack.

Both WTC bombings were absent an ideology of political change. More important, the nightmare scenario of terrorism rooted in a religious ideology shared by millions, with access to direct and indirect support from nation states was here.

The West has been painfully slow to react to the virulence of the new terrorism. The mindset is still that of hunting the nihilists instead of recognizing a more potent and resourceful enemy.

So millions have marched in Paris. Tens of thousands have posted the meme “Je suis Charlie.” But how will Europe, and ultimately America, respond to this new form of warfare?

The Obama administration, conspicuous by its absence at the anti-terrorism parade, will free more prisoners from Guantanamo, about a third of whom have recycled back into terrorism. It seeks to deal with terrorism as a criminal justice issue, instead of a military one.

As the situation in France shows, a handful of terrorists required the mobilization of thousands of police. What will dozens of terrorists carrying out simultaneous attacks at multiple locations require?

Before 9/11, the best and brightest terrorist analysts could not envision terrorists sacrificing politics for vengeance. We now face a new more violent, virulent, and dangerous form of terrorism. Terrorism has evolved, but Western society is still chasing down the amateurish nihilists, and the Obama administration still thinks terrorism is an issue for the criminal justice system.

This kind of thinking will ultimately create more ghastly scenes like the ones in paris.

Abraham H. Miller is an emeritus professor, University of Cincinnati, a former counterterrorism consultant to the National Institute of Justice, and a contributor to the Franklin Center for Government and Political Integrity. 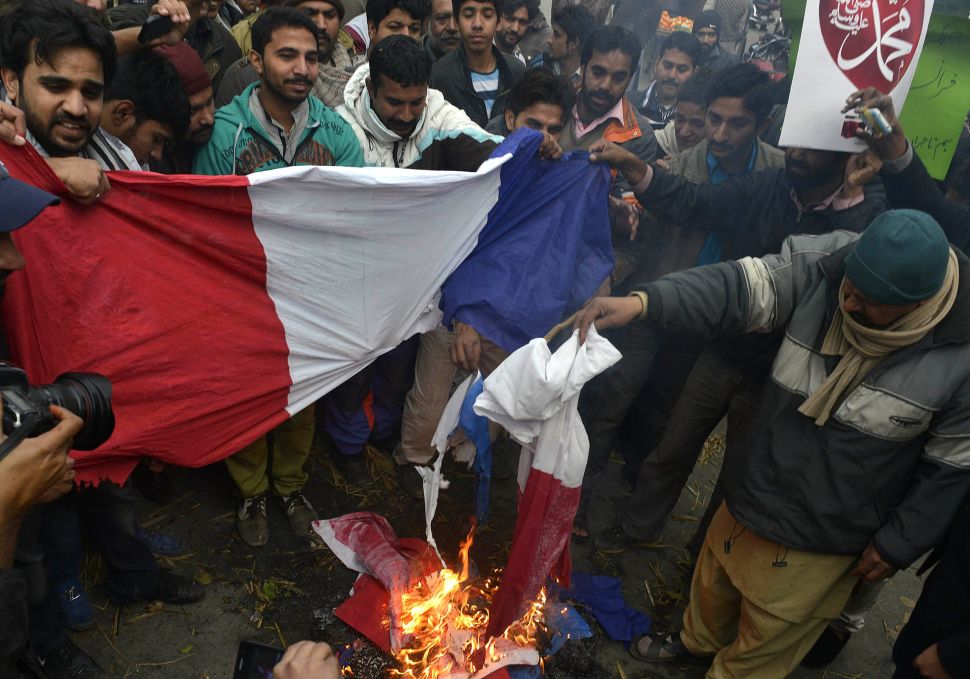