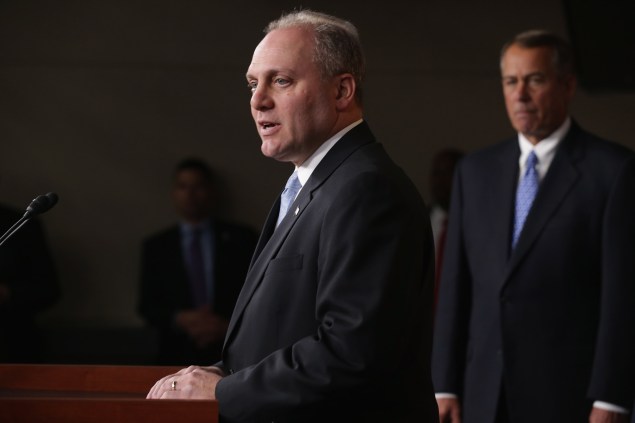 As 2014 wound down, there was time for one last scandal to briefly captivate the punditocracy. In this case, it was revealed that House Majority Whip Steve Scalise, while a member of the Louisiana House of Representatives in 2002, spoke to a white supremacist group, European-American Rights and Unity Organization (EURO). The group was led by America’s most famous Klansmen, David Duke.

As soon as the story of Representative Scalise’s unfortunate choice of speaking venues a dozen years ago came to light, all the different actors played according to script. Progressives expressed outrage; and one Congressman, Sean Patrick Maloney of New York, called for Mr. Scalise to step down from his leadership position. Mainstream conservatives, like Speaker of the House John Boehner and Representative Scalise himself offered apologies for Mr. Scalise’s poor judgement while defending the character of the suddenly embattled congressman. More right-wing voices, defended Mr. Scalise, arguing essentially that EURO was no different than the NAACP, La Raza, various Jewish organizations, and other groups seeking to advocate for ethnic or racial groups.

Various media outlets, for their part, repeated the story and offered their own editorial spin. But then, a strange thing happened. A few diligent reporters began to check around, make a few calls and do a bit of research, an arcane set of activities collectively known as journalism, and found that the story simply wasn’t true. It turns out that Mr. Scalise is apparently guilty of speaking to a civic association in the Metarie, Louisiana Best Western Hotel, a few hours before the EURO meeting was held in the same spot. One of the organizers of the EURO meeting was also a leader of the civic association, but to fault Mr. Scalise for that is guilt by too many degrees of association.

The speed with which the Scalise story circulated and developed, especially when compared to the time it took for the appropriate fact-checking to occur, is notable. The story was originally broken by Lamar White Jr., who apparently was tipped off by Robert Reed, the son and campaign manager of Mr. Scalise’s 2008 opponent Gilda Reed. From there, the story was picked up, largely without question by virtually every major media outlet in the country.

Once the media ran with the story, the political theater was unavoidable–and predictable. However, neither progressives nor conservatives looked good as progressives did not check the story out themselves or consider the possibility that Mr. Scalise’s assertion that he would never knowingly speak to a group like EURO may, in fact, have been true. Conservatives, also largely believing the story, came across as much more concerned about saving Mr. Scalise’s reputation than the extent to which the story, as they understood it, indicated that Mr. Scalise was too close with an ultra-racist organization.

It is the media that looks the worst in this episode. Just a few weeks after Rolling Stone magazine published  the dubious UVA rape story, the Scalise story fell victim to a similar failure to check facts. In recent years, stories about how the conventional media is threatened by the changes in media and technology, have been ubiquitous, but failures of this kind make the conventional media even more difficult to defend.

Some on the right may attribute the media’s willingness to believe the story as first presented, without bothering to check details, to an alleged liberal bias in the media. The real issue, however, is not a media that has a liberal bias, but too many practitioners are either lazy or unable to do the real work of journalism. Unfortunately, this leads to a climate where even good journalism becomes suspect. For example, recently Dan Riehl, at Breitbart, tarred former Observer staffer Hunter Walker, an actual accomplished journalist, as a Hillary Clinton lackey. Walker had reported that potential Clinton rival, former Virginia Senator Jim Webb, took donations long after retiring from Congress.

In an articled headlined, “Is Hunter Walker Team Hillary’s Latest Hit Man?,” Mr. Riehl wrote that, “A quick review of Walker’s employment and writing history will do little to dispel the notion that Hillary Clinton’s team was, in fact, behind the story coming out.”

The idea that the Hillary Clinton’s political operation has so much influence over some journalists is so widely accepted among elements of the right that the instant an article appears that could possibly damage someone she opposes, it is believed that the article originated with the Clinton operation. However, if a reporter like Mr. Walker, happens to get a tip that upon further research proves to be true and writes the article, he is simply being a good journalist. In Mr. Walker’s case, Breitbart conspiracy theorists can rest assured that if a rival develops information that harms Ms. Clinton, Mr. Walker would examine it fairly.

The Steve Scalise/EURO controversy should be a reminder that even in this age where we all try to be the first to report something and Tweet it out, sometimes a little real journalism can go a long way. 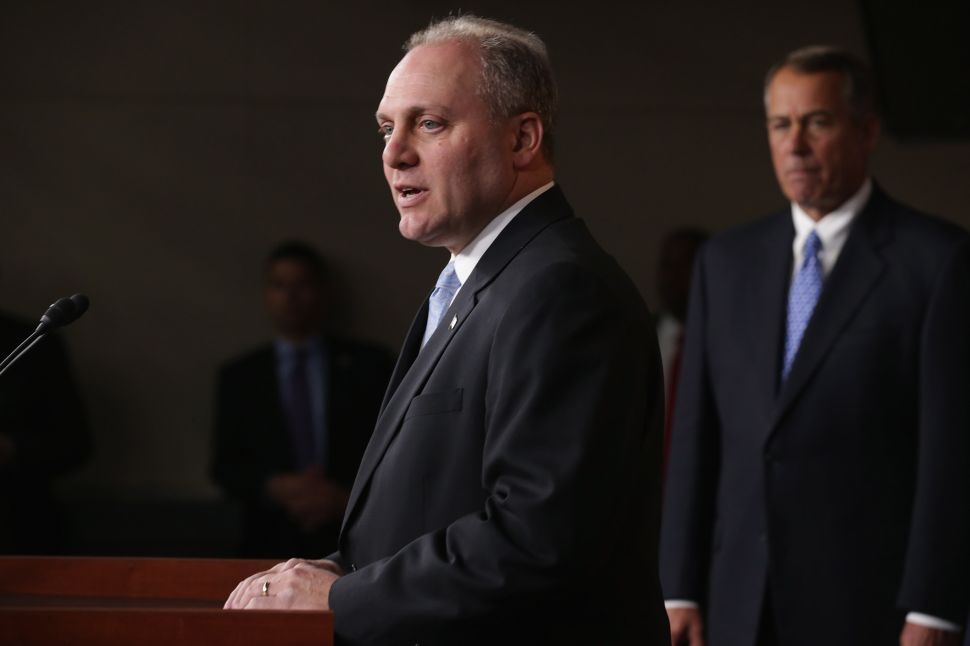