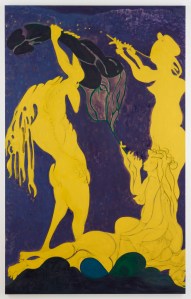 Clear your calendars: Chris Ofili is sticking around for one more week.

The New Museum has extended “Chris Ofili: Night and Day,” the British-born, Trinidad-based artist’s mid-career survey of sculptures, paintings and drawings, through Sunday, February 1. The show includes the infamous painting The Holy Virgin Mary (1996), which includes images of women’s buttocks around a Virgin Mary figure that rests atop mounds of elephant dung. Exhibited at the Brooklyn Museum in 1999, it caused then-mayor Rudolph Giuliani to threaten to pull public funding from the museum.

But there’s plenty to see at the new exhibit beyond The Holy Virgin Mary. In November Observer critic David Ebony called “Chris Ofili: Night and Day” “spectacular,” and that Ofili’s work, “consistently provocative as it is beautiful to behold, leads painting toward new horizons.”

Writer Fred Moten will give a talk at the New Museum on Thursday about “Night and Day,” and you can also catch the museum’s accompanying exhibit “Chris Ofili: When Shadows Were Shortest,” a small collection of costumes and sets Ofili created for the 2012 ballet Diana and Actaeon at the Royal Opera House, London. But get there in a hurry: that exhibit will close as originally planned on Sunday, January 25. 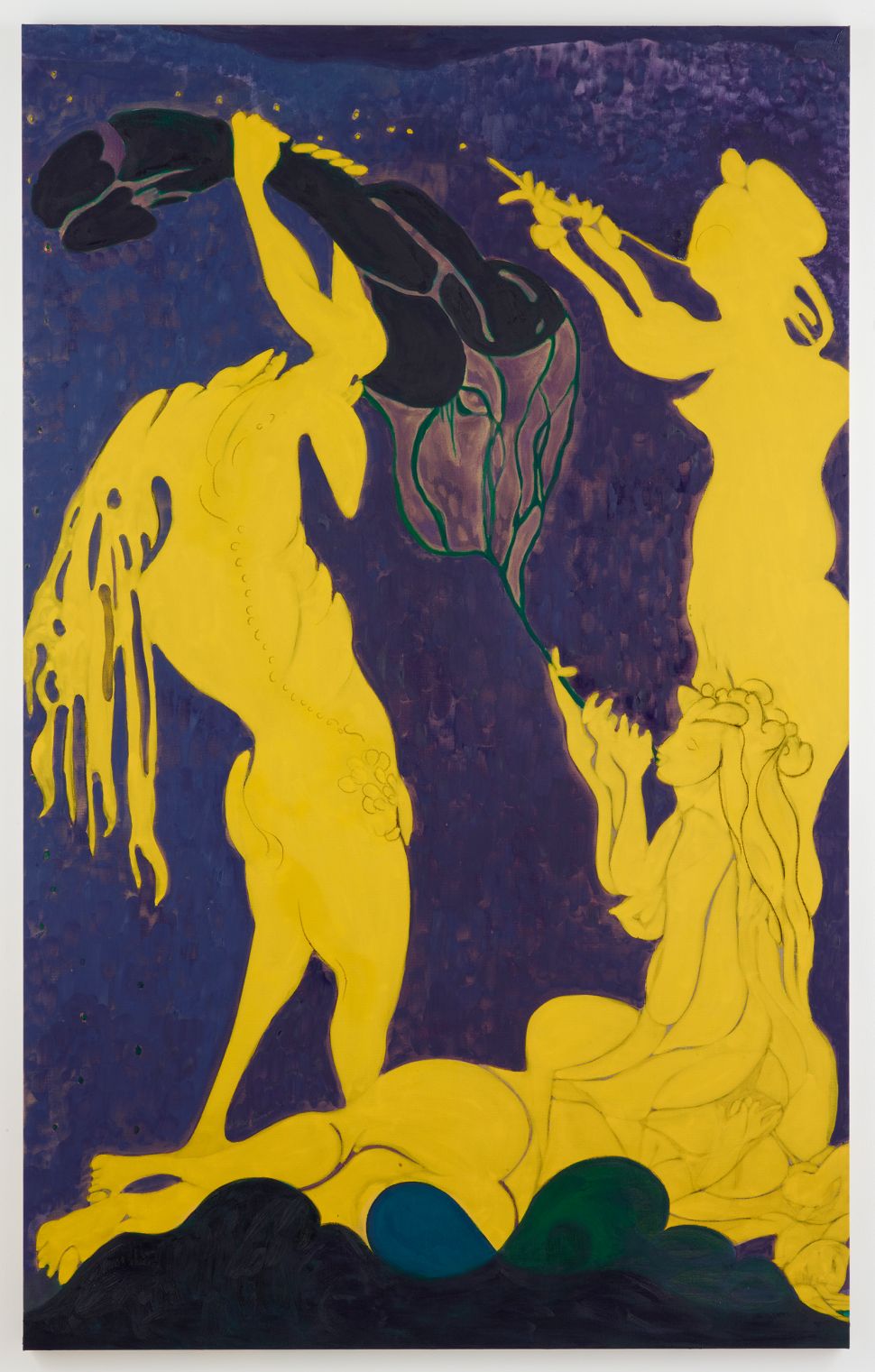