When Stanley Tucci’s character declared in 2006’s The Devil Wears Prada that size zero is the new two, size two is the new four and size six is the new 14, a collective sigh rippled round, many women and a few men wept a little inside and a few secretly shoved fingers down their throats. In an effort to get thin, some took up the Atkins diet, others tried Adderall, daily enemas, and in extreme cases, Eastern European horse-tranquilizers. On top of two hours of cardio each day, too, of course.

Thanks in no small part to last year’s booty obsession, the ultra-skinny ideal of the mid 2000s has moved on. Now Fitness Queens are everywhere on Instagram. Smiling and shapely at the gym or on the beach, hands on hips, triumphant and at ease, these trimsters have firm, rounded breasts and buns, sculpted thighs and flat stomachs. And the positions! Even the Victoria’s Secret models this year made a point of obsessively Instagramming their  workouts, rather than standing around pouting.

Ms. Bronfman was motivated to post her incendiary headline because she was worried that young girls did not understand that thigh gaps—the gap at the top of the legs where the thighs don’t touch even with feet together—are often more a result of Photoshop than of genetics or diet. Even Beyoncé, the patron saint of body positivity, was caught using photo-editing software to add a thigh gap to one of her Instagram photos. Ms. Bronfman, whose 117,000 Instagram followers eat up her workout inspiration photos daily, felt pressure in the past to make herself at least look super-skinny but never caved in.

“As a former ballerina, there was always pressure to maintain a certain weight,” she said, adding, “We still have a long way to go with educating people on good health decisions but with this shift in interest towards fitness and wellness, I’m optimistic about its longevity.”

Ms. Bronfman suspects 2015 will be “the year of wellness,” with strong-bodied women leading the charge, she said.

Hilaria Baldwin is a Fitness Queen at her peak, motivating the masses with her Instagram presence. The accomplished ballroom dancer and yoga instructor spent 2014 posting a photo of herself in a yoga pose every day. Her shapely strength has bucked the city trend for skinny.

People now understand, according to Ms. Baldwin, “they need the time to take care of themselves. Whereas before, everybody wanted a quick fix. People now realize it’s a lifestyle change.”

Women now form tribes based on their preferred workouts.

“There are the [cycling] people,” Ms. Baldwin, 30, explained, “who want to burn as many calories as possible … and those people tend to suffer in other aspects. Then people who just want to stretch, and they suffer because they’re not into the cardio aspect.”

Current thought has it that high-intensity cardio workouts are not enough to build a strong body alone.  Ms. Baldwin added “You need a combination of cardio, stretching and toning,” she said. “If you don’t have one of those  elements, then you’re going to get imbalanced.”

Tricia Tumlinson, a 26-year-old PR girl and CrossFit maniac, fits in five to six workouts per week in her quest for the perfect curves. She rises at 6:30, is out the door at 6:45, completes her workout and then makes it to work by 9:30.

Ms. Tumlinson has always been fit—she has gone through Tae-Bo, SoulCycle and yoga phases, interspersed with, shall we say, extended rest periods. But with CrossFit, Ms. Tumlinson feels she has found something that will stick.

“My goals for working out are twofold: to achieve and maintain a toned, defined figure, curves and all and to relieve stress. I’m naturally curvy. I have hips, thighs and a butt.” The key for Ms. Tumlinson not only lies in the competitive and notoriously cultish nature of the program—“The first rule of CrossFit is to talk about CrossFit,” the Fitness Queen joked. It also works because her gym holds her accountable for attending classes. If she registers for a class and doesn’t attend or cancels it less than one hour before it starts, she will be penalized.

The fashionable new body shape is dancer-like in form, with subtle muscle definition. Many of the women leading the new body charge are former dancers. Ms. Baldwin, for instance, started dancing when she was 2 years old. She became  a professional Latin ballroom dancer until she broke her hip at age 25. She eased back into things with yoga and before she knew it, the dance and fitness devotee was teaching 36 yoga classes per week.

Of her fitness progression, Ms. Baldwin said she also used to love aerobics—“Jane Fonda workouts and buns of steel.” Since then, the obsession with firm, curvy buns has only gotten more intense. “Everyone’s obsessed with the butt,” she said.

The 9-to-5 publicist Ms. Tumlinson agreed that while she has always had an enviable rear herself, she feels more empowered now that so many pop and hip-hop singles contain lyrical tributes to the booty. It is a relief for her to hear her body type being celebrated so loudly in the mainstream after years of near-silence on the subject.

The butt craze has even led people to ask Ms. Tumlinson about her genetic makeup, inextricably linked as the booty is to matters of race.

“People ask me my ethnicity,” she said. “I say, ‘I’m caucasian with a little bit of Native American.’ And some have asked questions such as  ‘What’s with the butt?’ I’m like, ‘I don’t know!’ ”

And here we thought prying about a stranger’s natural hair color was rude.

The best place to achieve a perfect rear naturally is Physique 57, Ms. Baldwin (and many others) said. “Talk about getting the perfect butt. I’m a Physique 57 maniac.”

Physique 57 is the ballet-inspired workout method with a following as rabid as CrossFit’s devotees. The classes are designed for maximum impact, and ensure long, strong muscles, tight abs and a pleasantly round derriere.

Tanya Becker, a cofounder of Physique 57, moved to New York at 18 to become a professional dancer while teaching fitness at The Lotte Berk Method’s New York studio. After the studio closed, she and another student, Jennifer Maanavi, decided to develop an offshoot of the ballet-based fitness program.

Program seems like an understatement, here. Physique 57 devotees are nothing short of cultish in their enthusiasm for the workouts. I tried the beginner classes, and I can vouch: nothing—and especially nothing labeled “beginner”—has toned my body as quickly those three classes did.

Ms. Becker noted that an entire portion of each full-body class is devoted to rear sculpting.

“For many women, the butt and hips are the most challenging parts of the body to transform because, thanks to genetics, they tend to be where we store the most fat,” she said. Physique’s “seat series,” she continued, is designed to lift and firm the bottom while also “blasting away fat” by working the muscles “to the point of overload.”

Again, life as a Fitness Queen is not easy. But Ms. Becker notes that Physique 57 enrollment is growing because “strong is the new sexy.”

Ms. Baldwin insists that society’s current emphasis on fit bodies isn’t as oppressive as the body trends of the past. “There isn’t that one figure everybody is trying to go for now,” she said. “You can be a more full-figured woman and people are going to think you’re fantastic. You can be a little skinny-mini woman and people will think you’re fantastic.” 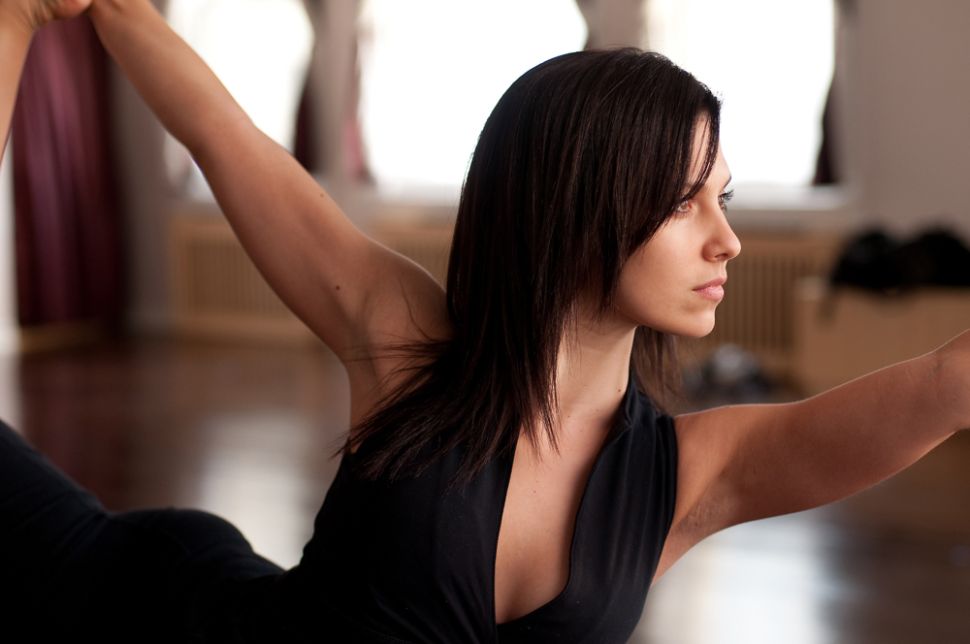