Snapchat is gaining some serious street cred this week—and it’s not just that news organizations like CNN and VICE are now sharing content on the app’s new Discover platform.

AT&T today announced SnapperHero, the first scripted series to air entirely on the ephemeral messaging app. The superhero-based series will feature 12 episodes rolled out over a four-week period beginning in early 2015. And because it’s Snapchat, each episode will only be available for 24 hours, Variety reports.

Avid social media users should recognize SnapperHero‘s cast members, who are all “top influencers” across Snapchat, Vine and YouTube. A press release named a few of them:

Snapchat users will also play a role in shaping the series, the release explained.

“By sending a call to action to their massive followings, influencers will build the SnapperHero world around fan input on superhero identities, enemies, costumes, origin stories and plotlines,” it said.

Though it’s the first one that’ll appear on Snapchat, SnapperHero isn’t AT&T’s first foray into social-media series. In 2013, the company launched @SummerBreak, a reality show about kids enjoying their final summers before college. It was only viewable through social media sites like Twitter, Tumblr, Instagram and Snapchat.

“We saw great success in using Snapchat to engage our @SummerBreak audience and we’re excited to build on that with a Snapchat-centric series that truly empowers influencers,” Liz Nixon, AT&T’s engagement marketing director said in the release. “We’re proud to venture into this new territory and innovate branded entertainment for social media in ways that are authentic to the influencers and their platforms.”

Snapchat has long been teased for trying to be everything at once—a messaging app, a payments service, and, as of yesterday, a news source. But, as Re/code points out, SnapperHero isn’t an official Snapchat project; rather, it’s an advertiser, AT&T, sponsoring its own content, and simply choosing to put it out on Snapchat.

And though Snapchat won’t make any money from SnapperHero’s debut, Re/code theorizes that they’ll benefit from it in less tangible ways:

“Snapchat declined to comment on the project, but if they were candid they’d say something along lines of, ‘We’re psyched to see big-dollar advertisers using our stuff as a free platform, just like they did with Facebook and Twitter—that’s pretty awesome validation. And just like Twitter and Facebook, we’ll be able to extract a fee for our free platform down the road, if we want to go that way.'” 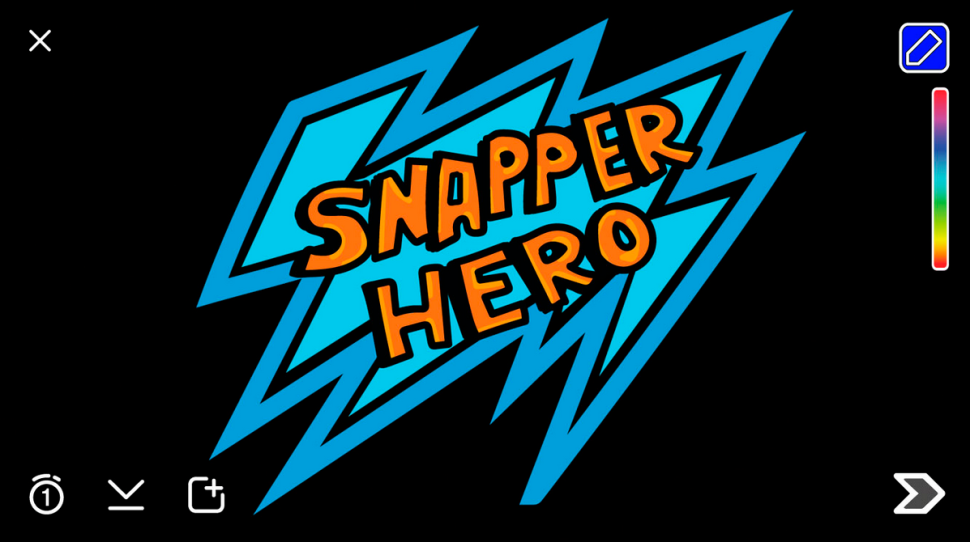